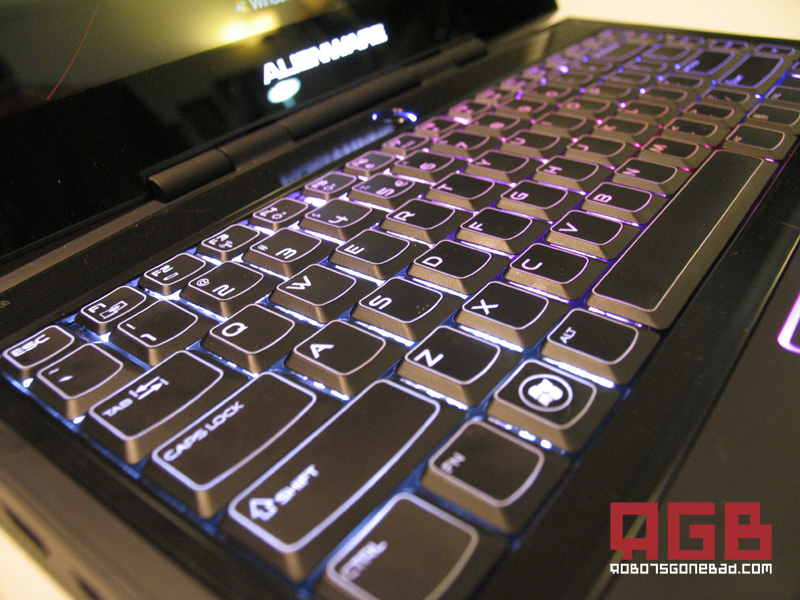 Alienware. Its very  name brings smiles to the lips of nearly any gamer. Sleek, sexy, and powerful, its laptops are coveted by many. But with a base starting price of S$2,699, the M14X is anything but cheap.

It’s the mid-sized laptop of the family, sitting nicely in between its little sister M11X and queen bee of the family, the M17X. For the amount forked out to lay hands on this understated machine, one could buy twice as many laptops of a different brand.

Therein lies the question, then: is the M14X worth investing in?

Why do people buy laptops? For some, it’s because they want the portability. Others want the fuss-free experience of powering up a computer and not having to bother with extra wires, network adaptors, and other assorted peripherals. The Alienware brand offers all that and more – it has laptops powerful enough to game on, small enough to carry about, and simple enough to operate.

Enter the M14X: a delightful mid-range computer that can meet all of a gamer’s needs.

The review unit we got was the refreshed Ivy Bridge 2012 edition. Souped up with an extra S$700 worth of parts, it was quite the monster. Here are its specs:

Being a gamer and not a hardware geek, I tested the M14X on World of Warcraft, Torchlight II, and Borderlands 2 for both its performance value and battery life. While not capable of handling Ultra settings, the M14X gave an admirable display across all games with the settings pushed to High. Its 14 inch screen also boasts a full 1600×900 display, dimensions rarely seen in laptops.

It faltered a bit in terms of battery life, though. While that could have been because our review unit was not brand spanking new from the factory, I did think the battery cell’s memory could have lasted a little longer.

In a perfect world, gaming laptops would have enough juice to last a raid. In reality, they typically run around two hours or less on high performance mode. The M14X survived a measly hour when we tried it on high performance. It did much better on normal mode, running about an hour and a half. On power saver, the M14X made it past the two and a half hour mark, and that was while tackling word processing and general Internet surfing with a video running in the background.

That being said, most users of the M14X would probably have it sitting on a tabletop, plugged in for maximum power and performance, so its lack of battery life is negligible when making your decision to purchase it. It’s almost like Alienware predicted the M14X would spend most of its life on a tabletop, too, since they decided to put its air vents in the back of the laptop, instead of at the bottom. While there are grills in the front of the M14X, those are more decorative than functional.

Form winning over function seems to be the case, in certain aspects of the M14X. It has a backlit keyboard that’s more reminiscent of actual keyboards than your standard laptop Chiclets. These tactile keys – spaced just nicely – can have their backlights customised via the nifty ‘Alienware Command Centre’. While useful in dim rooms, the backlight is aesthetically pleasing and no more. Doing away with it and the additional effort needed to develop the ‘Alienware Command Centre’ could probably have improved on the M14X’s battery life.

That being said, the Command Centre is still pretty fun to tinker with, in spite it lacking both Alpha-5 and Zordon. It comes with four different tabs, each serving a different function.

The AlienFX tab lets you toggle the FX lights on your keyboard and dictate how, and in what colour, they should pulse. The AlienFusion tab is a rehash of Control Panel, and allows you to fiddle with what different bits of your M14X’s hardware should do. AlienTouch lets you configure your touchpad, or even disable it when a mouse is plugged in, while the Adrenaline tab lets you create your own desktop macros for launching games. You can accompany each game launch with a VoIP programme, a spanking new playlist from your iTunes library, or even a backlight colour change.

My only gripe with the M14X apart from its battery life, was that its trackpad was a little too unresponsive for my liking. The buttons were not sensitive enough, either. This isn’t going to be a problem, though, since no gamer worth their salt is going to be playing with a trackpad anyway. Like most other notebook trackpads, the M14X’s responds to horizontal and vertical scrolling, and you’re able to set your scroll speed and area via the Command Centre. You can also opt to have the trackpad turned off if you plug a USB mouse in.

In all, the Alienware M14X is a great piece of mid-ranged hardware that will run most games, but should be considered more for its form than its functionality. Well designed and compact, it is easy to tote about, but will struggle when trying to run more demanding games like Crysis. The screen, while gorgeous and crisp, is too glossy for my liking; otherwise, it displays every pixel well enough. If you feel like splurging on an all-in-one piece of hardware for gaming on the go, I recommend this. You’ll be better of with a laptop of a different brand or a desktop, however, if you’re tight on cash.