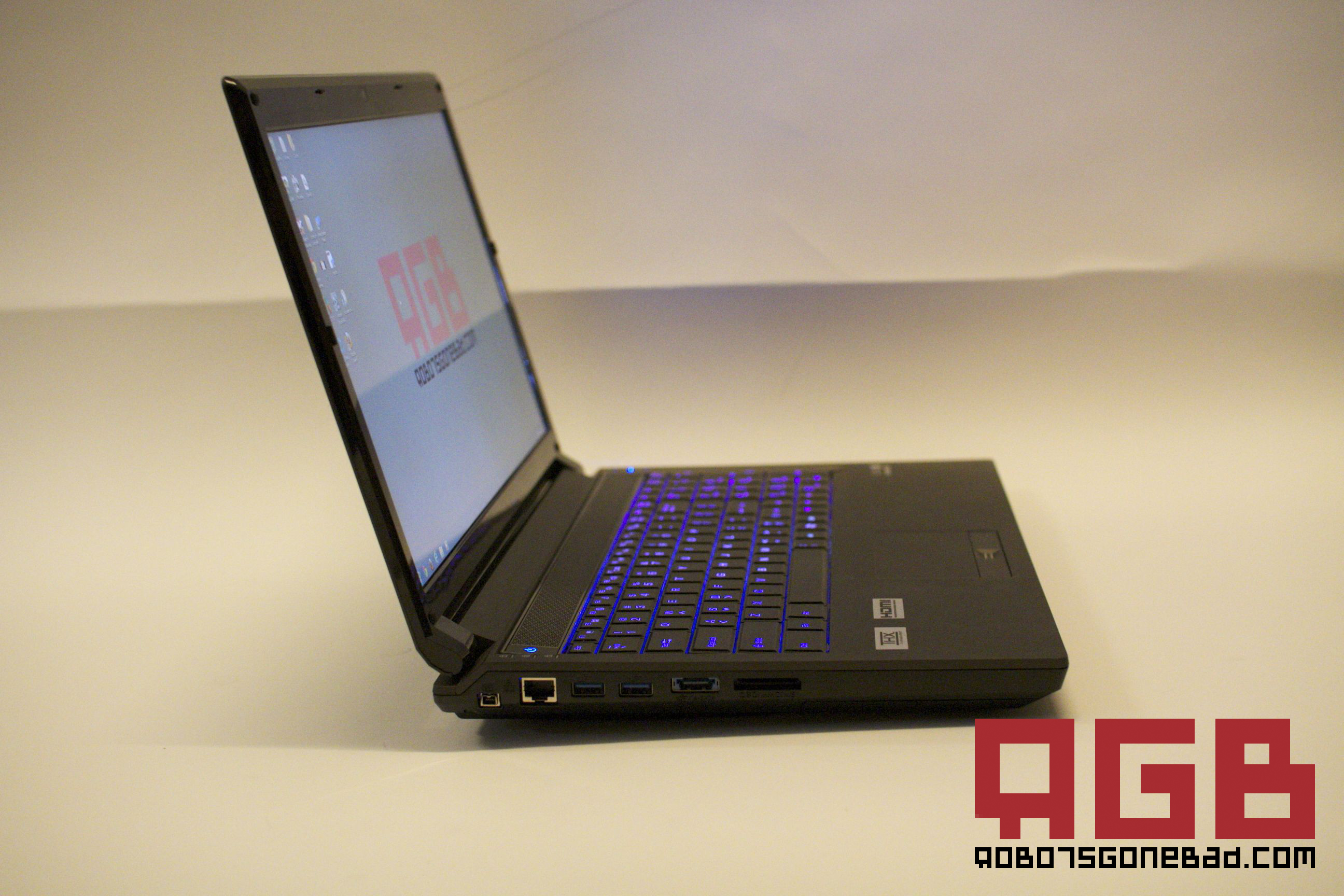 Being almost 23 years old, I already have my two front teeth. And so for Christmas this year, I want something a little more special: the AFTERSHOCK X15!

The X15 is a custom notebook model created by local laptop builders AFTERSHOCK PC. Described as a fusion of the latest and greatest in mobile technology, the 15.6 inch X15 is a ‘monster gaming notebook’. And it certainly lived up to that name when we put it to the test.

The X15 is practically a desktop replacement, and also boasts a HDMI port for you to hook it up to a bigger monitor. Powered by a Nvidia Geforce 680M GTX 4GB GDDR5 graphics processor unit, it handled anything from Torchlight II, CoD: Black Ops II and Battlefield 3, on Ultra. Battery life on the X15 is, frankly, nothing to shout about when you play a game; it manages to last 1 hr 33 min on balanced power mode: more than enough for a presentation. But again, this is not a laptop you’ll be pulling out for gaming on the go. The biggest perk about having an AFTERSHOCK PC is really just how much you can do with it.

There’ll always be that desktop rig you build especially for gaming, but it’s never going to be as portable and flexible as the X15.

The X15 boasts a compact chassis that is solid enough to keep you feeling secure about accidentally bumping it into things. And this chassis houses a myriad of ports that serve just about any purpose. It has your usual audio in/out ports, three USB ports, a HDMI-in, a display port, a USB/e-SATA port, an SD card slot, a LAN cable port, and even a Firewire port.

More than that, though, is what goes into the X15.

AFTERSHOCK PC are custom laptop builders. This means they can make magic happen with the laptop you choose – they can mould it into the machine of your dreams. Obviously this might sound a little dramatic for the more tech-savvy, but if you’re a consumer like me then your previous experience with laptops will only have been with the clunky factory-built ones from the bigger brands.

Heading to the AFTERSHOCK PC site gives you a variety of options. After selecting your chassis of choice, you can pick from the recommended configuration or the base specs, which are considerably cheaper. You’re then taken to another page where you can customise the laptop further, from your processor right down to the type of thermal paste used. Beyond this, you’ll have to head down to the AFTERSHOCK PC hub, where you can test your new laptop before laying down the cash for it.

Because AFTERSHOCK is a small startup, it’s pretty flexible in its order process. Owners Marcus and Joe are happy to help you pick the best configuration possible, and are more than willing to go the extra mile for service.

The unit we received for review was built thus:

While I had no quibble with the internal components – any laptop that runs Battlefield 3 on ultra settings is cool in my books – I did think the keyboard layout was quite the hindrance.

AFTERSHOCK has managed to squeeze a full keyboard into the X15. You get a numberpad on the right as well. But the cramped layout needs some time getting used to. I mistyped and mishit keys many a time, and even after several days of using it I’m still having trouble not making typos. The ESC key is also placed a little too close tot the power button, making for some heart-stopping moments when you hit it by accident.

The keyboard is also a backlit one and comes with six different light cycles. Like the Alienware M14X we reviewed earlier, the AFTERSHOCK X15 has its keyboard split into three different areas for the coolest backlight customisation possible. Its backlight customisation software doesn’t look at pretty as the Alienware’s, but I appreciate its barebones, functional aesthetic.

The solid chassis really helps with the laptop’s portability factor, because even though it weighs at 3.1 kg its build makes it easy enough to carry about. And if a 5”2 girl like me can lug the X15 around, so can you!

There was just one other thing about the X15 that irked me. One was that the power button also lacks sensitivity. I’m spoiled – I’m used to the light-one-touch sensitivity that comes with many laptops. With the X15, you not just have to really press down on the button hard; you also have to hold it down for a second. I’d prefer the switch button to be something that’s easier for my finger to tap on.

The brand’s price point is also something else to consider. Being a homegrown startup, AFTERSHOCK PC avoids the extra cost tagged to bigger brand names and can offer you prices akin to DIY desktops versus branded PCs; hence the relativity of their notebooks’s processing power compared to their prices.

In all, the AFTERSHOCK X15 is one Christmas present I’d love to get, simply because it can give me so much more than an ordinary store-bought laptop can.

The AFTERSHOCK X15 has a starting price of S$2,330. It can be purchased at the AFTERSHOCK PC Gaming Hub located at 588 Serangoon Road, Singapore 218202.