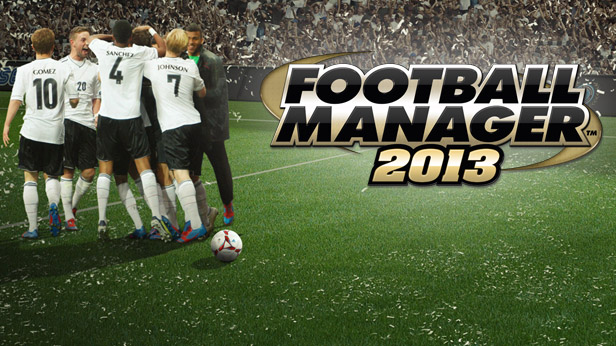 What is Singapore’s favourite hobby (apart from Dota 2)? Why, playing football, of course! In the second of our series of football game reviews in Singlish, Mary-Anne checks out Football Manager 2013…

Wah, I cannot believe it. My baobei Alan find out he can manage Man United in the UK only he just pack and go, leave me, leave our dog Happy, and worse of all, leave me with his blardy S League team, Geylang United.

Leave me never mind, I can find new boyfriend. Leave the dog never mind, I can give people. But leave his football team behind? Cannot cannot. They cannot, I cannot, so we try to find manager lor. But find find cannot find, so they ask me lor. Miss Yiling, can help manage us for a while or not?

How to say no? These guys are like family with Alan and me, Chinese New Year I always make pineapple tarts give them. Just because Alan abandon them doesn’t mean I must abandon them. So lan lan. I said ok.

I check email twice a day, everytime also got thing on advice on players la, I need to pep talk them la, or sign new player la. Sibei irritating sometimes, but that’s how it is as a manager. Must know how to handle thing, and talk to people. I talk to the boys also must make sure my mood is correct sia. If they reluctant to talk to me then I aggro, they sure angry. So before talking to them, must always make sure I’m in the right mood. That’s managing people. My baobei Alan always talk until like so hard. Actually damn easy leh.

One thing about all of them at Geylang United is that everything also must check first, ask first. All no action, talk only! Must ask me then got action! No wonder Alan sometimes come back from work sibei angry. I also get irritated. Lucky I tell them one time to leave me alone is enough  – they remember it and don’t disturb me already. Actually, since I am just the ex manager’s fiance and not the manager, I really don’t know anything about football lah. So good that all the management can actually run the club if I tell them to. Then I can focus on what I like: talking to all the cute players lor!

I also get to scout them leh! That’s my favourite part. Sometimes the thambi scout will email me say, eh, got this boy, quite good, want to buy him? Then I must go and scout him, then speak to media. Quite leceh, but at least get to beo all the older footballers leh. The media also quite cute, but most of the time damn irritating lah. I didn’t want to make a big deal out of becoming manager of Geylang United right, so I didn’t call a press con. Sekali they go and write in newspaper I stuck up, don’t want to have press con. None of their business leh.

You know what is funny, even though I actually enjoy managing the players, I actually don’t like watching the game! But I cannot don’t watch the actual game being played. Must show face, must coach on spot, must choose who to sub in sub out. But not so bad also, ‘cos I can ask the coach wake me up for high points in the game, yellow card la, goal la. Apart from that, I can kiao kah. Makes time pass faster.

Alan go UK a few months already, and I’m still here. Day to day ops get quite repetitive leh, but I feel like the management and RPG aspects of it helps me get through the day. But I really hope Geylang United will find a new manager soon lah. Manage the team is one thing, make them perform is another. Anyway Football Manager 2013 is just not a game a girl can play for a long time lah.

Football Manager 2013 is developed by Sports Interactive and published by SEGA for Windows and the Mac OS. It was released on Nov 2 2012 and costs US$39.99 on Steam.