Home / Breaking News / Review — Like any fight, Fist of the North Star: Lost Paradise is best taken in short bursts

Review — Like any fight, Fist of the North Star: Lost Paradise is best taken in short bursts 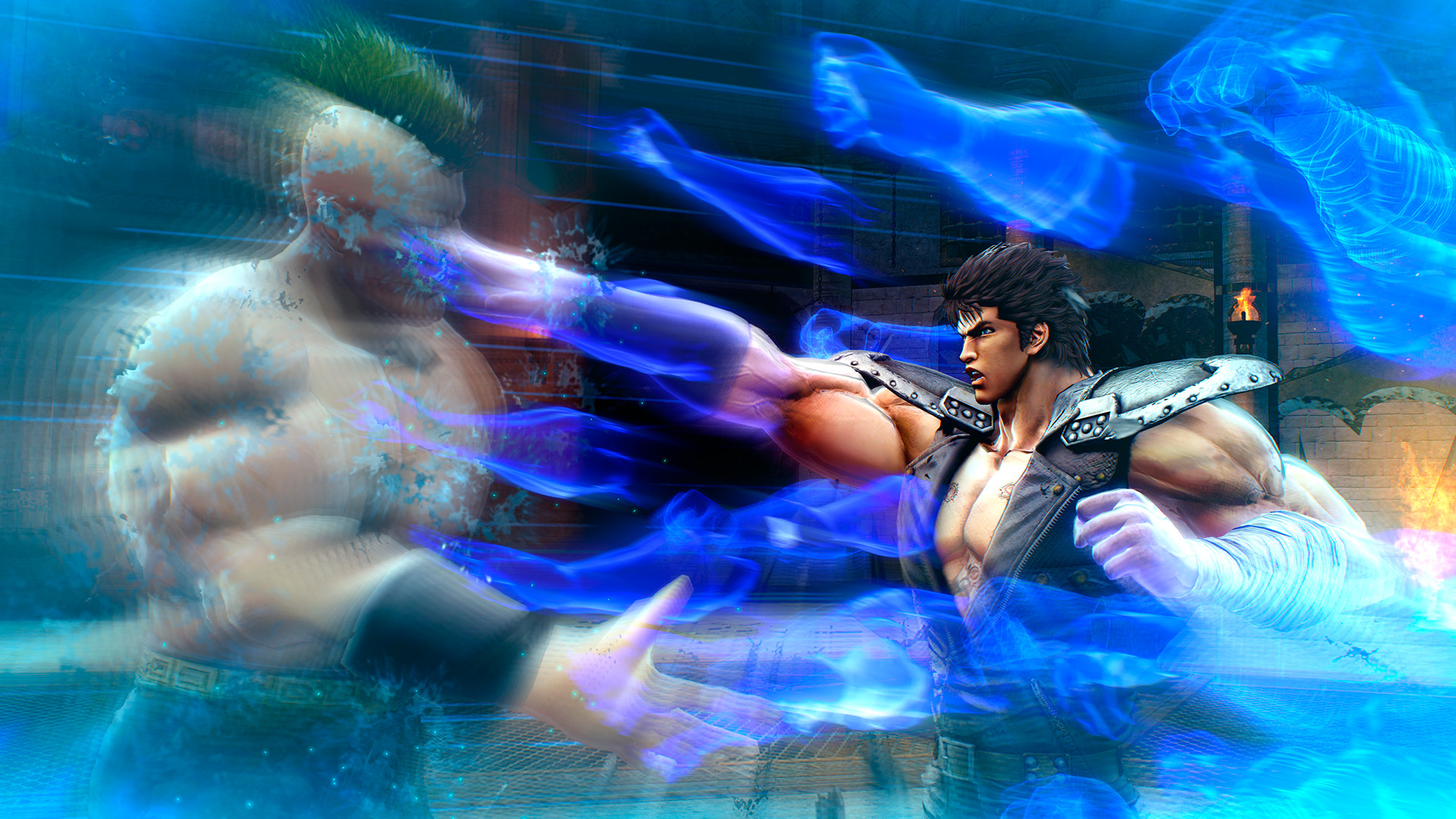 Think “Kenshiro” and you’ll probably end up with the same mental image: a muscled fighter channeling Bruce Lee. Together with the phrase “Omae wa mou shindeiru (You are already dead),” he has long entered memetic territory, the violent aftermath of his single attack a cornerstone of the franchise. Everything, from the character designs to the story beats and title, suggests combat.

Fights in Fist of the North Star loosely revolve around punch combos, blocks, and dodges before moving in for the kill. The iconic pressure point finishers are presented as enjoyable quick-time events, though they can turn into an overused crutch. Combat only diversifies once you earn enough points for upgrades and new moves such as flying kicks, and even further once you can acquire stat-boosting items. It takes a couple of hours to get there but, for a trained wasteland assassin, I wished we had reached that point much sooner. Progression isn’t too slow but it does feel like artificial gating at times.

Don’t expect action in the vein of Dynasty Warriors, Nioh, or any of PlatinumGames’ work; the Yakuza model is more restrained in its approach and the same applies here. While the barren landscape does make for less interesting backdrops – there’s no furniture to break, no traffic cones and bicycles to topple over — Kenshiro does get power-ups and weapon drops if you go for a quick pressure point kill. Learning this step is critical to your enjoyment of the game, and it makes the group encounters way more fun to pummel through.

Where Lost Paradise flounders is in the boss battles. Fans will recognize major antagonists such as Shin, Jagi, and Raoh, yet the encounters themselves aren’t interesting. It boils down to evasions and brief follow-up attacks, cycling over and over until enough health has been whittled down to trigger a QTE and the next phase. They’re a drag to play through and often dampens whatever excitement I had heading into that fight.

I believe it’s simply a limitation of the Yakuza engine, considering how it’s designed for thugs and gangsters, not overpowered manga villains. They made up for it by utilizing a mix of huge area-of-effect attacks and knockdowns but, as mentioned, makes the fight repetitive. There’s no getting around the fact that bosses with long health bars and high damage promote this playstyle, but it would have been great to see more attack patterns on their part.

It’s extra disappointing once you realize these bosses are your only source of enemy variety. The throwaway goons are just that – throwaway – and though they do come in different styles and sizes, with some switching to crossbows if you stray too far, they don’t present much challenge outside of sheer numbers. The goons do, however, excel at being fodder for your AoE attacks, particularly those locked behind Kenshiro’s Burst meter mode.

What makes me grateful for a Yakuza spin-off and not, say, a Warriors one is that the former is predisposed towards storytelling and urban exploration. Lost Paradise does have a plot that, while not necessarily groundbreaking or moving, helps to paint Kenshiro as more than just a musclebound courier of death. Likewise, we aren’t exactly flooded with nuclear wasteland settings in games, especially one viewed from a Japanese perspective. Unfortunately, the latter isn’t fully explored since most of the time we’re in a city, not on the edges of civilization.

The prologue sets players up with the essentials: Kenshiro’s martial abilities, his love rivalry with Shin, and the seven scars across his upper torso. Crucially, we learn of said love interest, Yuria, as it’ll be his search for her that propels him through the rest of the game.

For what could only be creative freedom, Fist of the North Star: Lost Paradise takes place in an alternate universe, centered on the city-haven Eden. It has food, it has energy, it has manned walls – everything a wasteland survivor would want in a dog-eat-dog world. As if to beggar belief, it even has an entertainment district with a casino and pub. Mini-games, you ask? But of course. Naturally, those walls attract both the refugees and their predators. Hearing that Yuria may have headed there, Kenshiro arrives only to find the gates sealed off. He’s initially lumped in with the baddies, tossed into prison and under guard, but eventually works his way out of the cell and into society. He earns the trust of garrison leader Jagure and Eden’s ruler, Kisana, as well as acquaints himself with the shops and various NPCs, before bigger trouble rears its masked, horned head.

If the survivors have banded together in one city, it stands to reason that the bandits have grouped under one banner: Kyouoh. We ultimately learn the identity under that mask — I’ll leave it to players to discover who he is, but let’s just say the game does leave some hints and that it ties the characters together. Do I think it makes much sense? Not really, but we are talking about a story where characters are abundantly jacked in a wasteland, with a man who makes baddies bloom into bloody paste.

To expand on the side-activities a little, players do get to patronize the casinos and pubs. Hop by to play a round or two of roulette, before swinging over to the night club to mingle with hostesses and, later on, play bouncer. Alternatively, dress up and bartend for Eden’s troubled folk, or help out more directly by dispensing some pressure point therapy. Other haunts include a colosseum, shopping bazaar, and the grand highlight that is the buggy. Yes, you get to roam around the wasteland, it has nitro, and it’s a good way of gathering items and materials. If you’re lucky, you may just find a game console and the cartridge that goes with it.

It’s far from being canon but it is awfully entertaining, and since we’re in an alternate universe the rules of lore don’t fully apply. These creature pleasures are a much-needed respite from the monotony of combat, as there’s only so many exploding bodies you can create before even that starts to get old. Of course, engaging in the city’s activities doesn’t quite leave an impact as strong as Yakuza with its real-life locations, but Eden would have easily been forgettable if it weren’t for these small moments.

Another great thing it’s borrowed from Yakuza is the Japanese voice cast, who do a convincingly good job of selling the whole ‘80s action jaunt (English is available too). I’ll never tire of hearing Kenshiro’s ominous lines when meting out executions. I wish I could say the same for the soundtrack, which didn’t seem as consistent. It is a diverse mix, however, with hard-hitting and sometimes epic rock being the preferred flavor.

With this being an M18 adaptation of a manga birthed in the gore-fueled ‘80s, one does wonder how graphic the game actually gets. It’s violent, to be sure, but not terribly grisly. Heads and torsos dramatically distort, only for the the entire model to turn black before the inevitable pop and spray of blood. Regardless of where you sit on the gore spectrum, the game reserves its meaty details.

Fist of the North Star fans will likely enjoy meeting and squaring off against familiar faces (until the actual boss battle, that is) so I’m a little torn on where newcomers would stand. I believe those new to the franchise at large will have more fun jumping into Yakuza with all its gangster drama and left field humor, treating Lost Paradise as the spin-off that it is.

As far as adaptions go, Fist of the North Star: Lost Paradise gets a few things right, namely in capturing the intense moments of Kenshiro’s hidden arts.  As a game it’s certainly stable, full-featured, and executed well-enough to warrant a purchase, but what bugs me most is how I found myself enjoying it less the longer I played. Even skipping the side-activities and pursuing nothing but the story felt off, as did switching between the two as I normally would. Like Hokuto Shinken, this is something best employed in short bursts.

Fist of the North Star: Lost Paradise is out now for PS4.
Developed by Ryu ga Gotoku Studios. Published by SEGA.
A copy was provided for review.

Ade thinks there's nothing quite like a good game and a snug headcrab. He grew up with HIDEO KOJIMA's Metal Gear Solid, lives for RPGs, and is waiting for light guns to make their comeback.
Previous post Fighting in the match of the millennium with the Jump Force closed beta
Next post For Honor Marching Fire expansion adds Wu Lin faction, new modes, and more