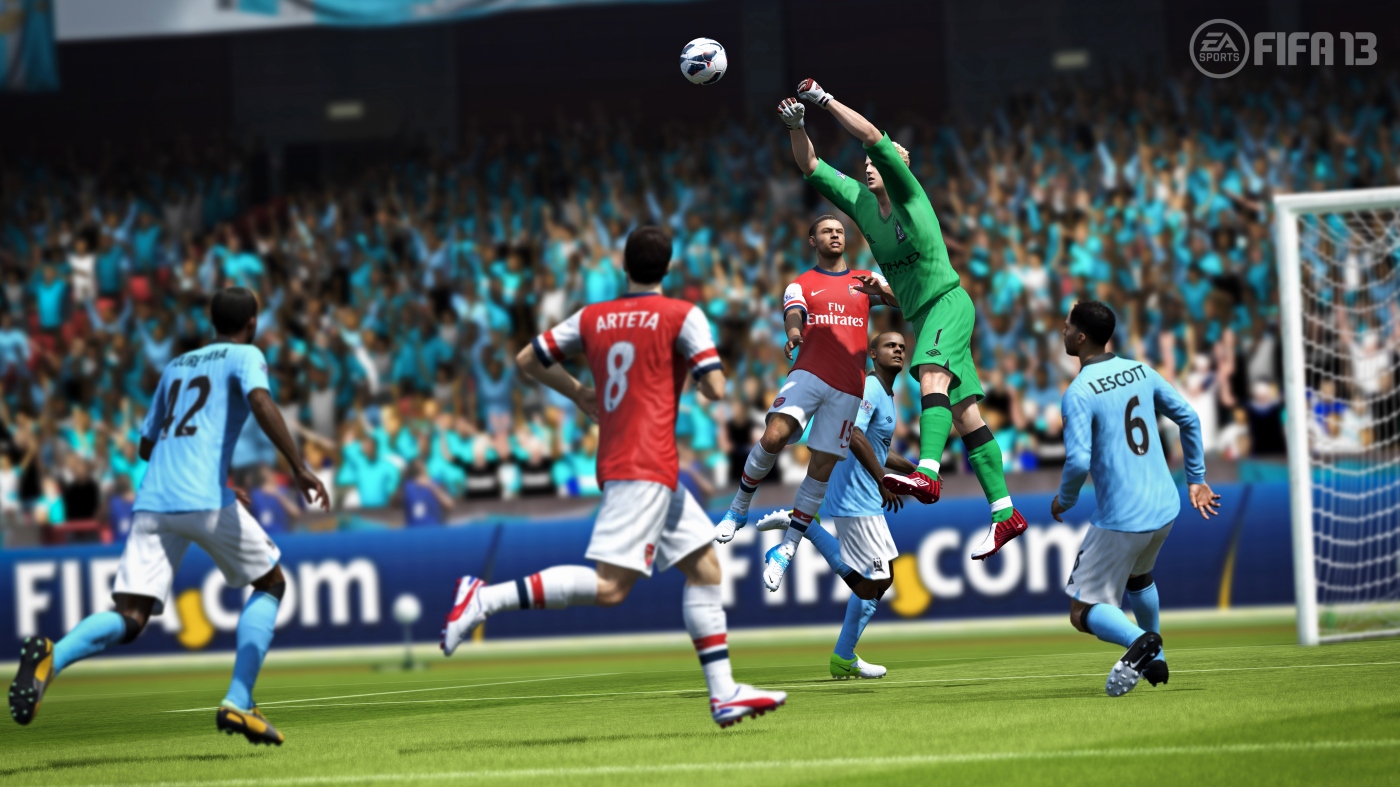 Mary-Anne turns Manchester United Manager in FIFA ’13. In Singlish style, no less. How did she fare? Read on. 25 Sept 2012

What is Singapore’s national past-time? Nowadays, many people will say it’s DotA. But for just as many of us, it’s football.

When I was younger my dream was to be a pro football player. Never mind S-League or what; just want to play. So when I got the chance to manage a world class football team, of course I take lah. Funny thing is the first thing they asked me to do instead of meeting the team was to choose my attire (either suit, shirt and tie, or tracksuit) and to print name card. So I chose tracksuit lah. Stylo leh.

By the way, my name is Alan Tan, and I am managing Man Utd.

Wah, the team was very on the ball. I went down to see them training and they didn’t even look up. Chiongsters, all of them. Hopefully they chiong like last year when I was watching them play.

Training here is not like the rubbish they do in S-League. Here, players have Skill Games, which can range from practicing ground passes, free kicks, penalties… you get the drift. All of them start at the bottom – Bronze level – for Skill Games, and level up when they earn a certain number of points through their performance.

Sometimes they go into the Practice Arena, where just one of them will go one-on-one with the goalie. The others who have nothing to do don’t zuo bo lah; they spend their time in Interactive Tutorials, which act as a refresher for what sort of tricks they can do, and is also good for me since I long time haven’t play soccer. It shows me what capabilities they have on the pitch.

Skill Games make me very pek chek. I try to make the players do better but quite hard ah. Bronze level is okay, but silver level and above is sibei irritating when you got no skill like me. Some more don’t have any detailed tips to help when you keep failing. The Skill Games also come out before every practice match, which is quite useful for warm up purposes, but there’s no time limit on how long we can spend there. Sometimes we play until I forget got practice match scheduled.

Wah, I thought Man Utd was chiong based on their performance last year, but this year the players all damn different! Last year all on form, this year all lepak already. When they kena pressure by the opponent, they cannot run any more! Especially if the opponent is taller or heavier. Even Rooney keep on walking like he bai kar – eh boy, pay you so much every week you cannot tahan a bit of pressure?

But cannot deny the other teams are better also. Now they’re a lot smarter, even know how to work together to close down on my players. Aiya, don’t say already. Got a match with Spurs coming up soon. Hopefully my guys do well.

Jialat. Tomorrow is the game. Today they bring me go to some control room with a lot of sliders. You can actually kelong the match and adjust every single factor. Want to make your player fast and the opposing team slow? Can, just move the slider. Even can adjust pass accuracy. What sort of kelong is this?

Die lah. Nobody understands my Singaporean accent. I call for substitution how many times also no reaction (Editor: Xbox 360 version got Kinect support lor). Si liao la. The players only know American and British accents, and some weird accents like Cockney or what. LIAO LA. At least referee also don’t understand when I shout ‘REFEREE KAYU‘ or other Hokkien stuff I cannot write here.

Ok lah, overall the match was fine. We even scored a goal in the 45th minute thanks to Ferdinand. But the accent barrier is really a problem, man, and it sucks that the players don’t chiong so much anymore, but the slower pace lets you strategise better I feel. The pressure also makes you feel like you’re really in the game, instead of watching the match on ESPN.

The Skill Games were also a damn good refresher if you’re not the kind who chiong all day long, or if you’re new to football. Oh yah, and I found out I can actually transition and have a career as a player instead of a manager… just that I don’t get to shout at the referee and linesman as much lor.