Review: Fe just isn’t as interesting as it looks 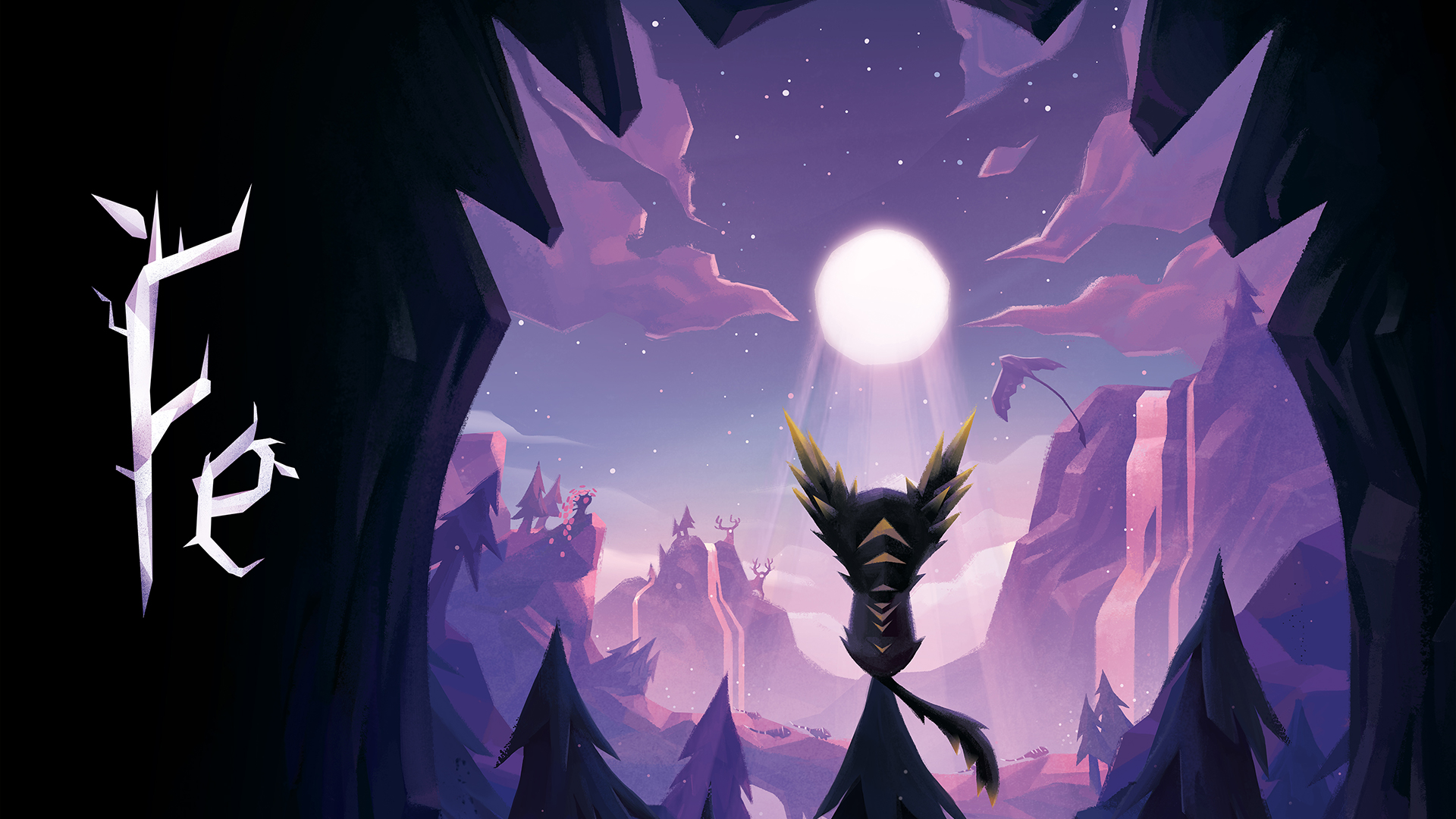 I have no idea what Fe is. I don’t know if the titular character is an animal, an alien, a demon, or something in-between, but Fe alternates between creeping me out with its looks and charming me with its voice. It climbs trees, walks on two legs, and glides like a flying fox. Oh and, most important of all, it sings a weirdly enthralling song.

As Fe, you’re supposed to sing to other forest animals and plants to gain new abilities to progress. There’s no dialogue to clue us in on the plot. All I know is that there are these black, creepy cyclops creatures (that weirdly reminds me of Dormammu’s Mindless Ones from Doctor Strange) called the Silent Ones who are trapping the animals that Fe needs.

Your first encounter with the Silent Ones happens near the beginning, where it’s quickly made obvious just who the stronger ones are. All Fe can do is to sneak past. Get caught and you’re immediately blasted to smithereens. Later, we catch them attacking and kidnapping one of our deer-like friends. Here we’re also forced to sneak around instead of confronting them head-on, trying to find some other way of screwing those creatures over. So, yeah, they’re the bad guys. I think. Honestly, while some will enjoy Fe’s non-verbal storytelling, I simply found it annoying. I don’t need somebody to spell out the plot but some basic background exposition would have done wonders to keep me interested. As it stands, I found the whole thing to be a slog 20 minutes in, once I realized the whole game was going to be non-verbal.

There are glyphs and hidden flashback sequences that supposedly tell the tale of the Silent Ones, but I couldn’t make heads nor tails of it even after encountering a few. Their abstract nature and sheer numbers practically begs you to spend an insane amount of time deciphering what they’re trying to say, time I had no interest in spending. I’m all for a complex plot, but when a game tries its hardest to make the unknown even more obscure, I’m out. I barely knew more by the end of the game than at the start, which is to say, not much. Add the anti-climactic ending and you can see why I’m not exactly enamored.

I appreciate the art and how Fe tries to be different, but this felt like a game that was trying too hard. Rather than hooking me in, it left me grasping for straws in the dark, to the point where I just stopped caring. Maybe the gameplay will turn things around. Fe is a platformer and, to progress, you need to sing to animals that can bestow specials skills. You start off with the ability to climb trees, rapidly progressing to gliding and other useful abilities. As you can guess, learning a new skill lets you access the next area, before the whole process repeats once again

One of the best parts of Fe happens early on, when you’re trying to learn the language of the alien deer-things. Instead of simply pressing a button, you’ll need to scamper up and around the creature like something ripped straight out of Shadow of the Colossus. Sadly, the other encounters are nowhere as fun or innovative as this.

The first few moments is charming, fun even, as we slink around the forest to sing to all these weird creatures. Climbing trees like a hyperactive chipmunk is great and an exciting tease for the abilities to come. Sadly, that tease is never fully realized as further abilities turn out to be generic platforming moves, like the above-mentioned gliding to creating plaforms or getting jump boosts from flowers.

Fe quickly runs out of steam with its routine. Don’t get me wrong, singing is a unique and cool way to interact, but it gets boring when all you ever do is the same set of actions again and again. To sing, you’ll need to depress the R2 button to match the animal’s pitch. That’s it. Failure simply means you’ll have to repeat it till you get it right. The lack of gameplay diversity honestly gets a bit annoying.

And annoyance seems to be a recurring theme for the game. Despite the semi-open maps that beg to be explored, Fe tries to make that exploration as unfriendly as possible. The mini-map is unintuitive and finding your bearings is a massive pain. It doesn’t help that the areas all look way too similar, either. You can get the animals you’ve helped to assist later on, but being led by the nose in a game that’s supposedly about exploration doesn’t jive all that well with me. Sometimes, even finding the correct route forward, even with the game’s guidance, can get tricky.

That annoyance even extends to the platforming bits. While Fe starts off easy enough, it quickly degenerates into punishing platforming sequences with little room for error, something you don’t quite expect out of the game. It’s tendency to focus on vertical platforming also means that messing up, particularly when the gliding ability is involved, means you must redo everything.

My takeaway is that Fe is a fun but very short and very flawed platformer with incredibly unique visuals. There’s nothing that quite looks like it, and words simply can’t describe how different the art style is. Everything is a mixture of sharp angles and smooth lines, of weird contrasting colors that create a distinct style for the game. The slight glow reminds me of Tron, even though it’s set deep in a forest. It all works really well, and while there are parts that I feel could’ve been improved visually, Fe is still a treat for the eyes.

Although the same can’t be said for the audio, there are certain moments that stand apart. I found Fe’s songs to be pretty cute, especially the deer one, but the animal vocalizations sound pretty bad. A game without dialogue needs to work extra hard to impress with its sound design, and sadly that failing is exactly what happened here. Outside of the songs, there’s no real aural identity for the game that makes it truly memorable.

For everything Fe does right, there are three other things it does wrong. While the game is certainly unique enough to warrant a second look based on its visuals, closer inspection shows that Fe lacks the gameplay chops, polish, or basic entertainment value that its intriguing art style promises. If it’s a platformer you’re looking for, Super Mario Odyssey or Yooka-Laylee are leagues ahead despite their relatively “normal” art styles. Fe isn’t exactly all flash and no substance, but it sure comes pretty damn close.

Fe is out now for PC, PlayStation 4 (reviewed), Xbox One, and Nintendo Switch.
Developed by Zoink. Published by Electronic Arts.
A copy was provided for review.

Fe (PS4)
was reviewed on the LG OLED C7 Television.

Sal's just your average hardcore gamer. He started gaming on the NES in the 80s and has been ever playing since. Sal doesn't care about which platforms games are on, only that he wants to play them all!
Previous post Tekken World Tour 2018 announced with five stops in SEA
Next post Surface in Singapore: Microsoft expands device line-up and opens dedicated store