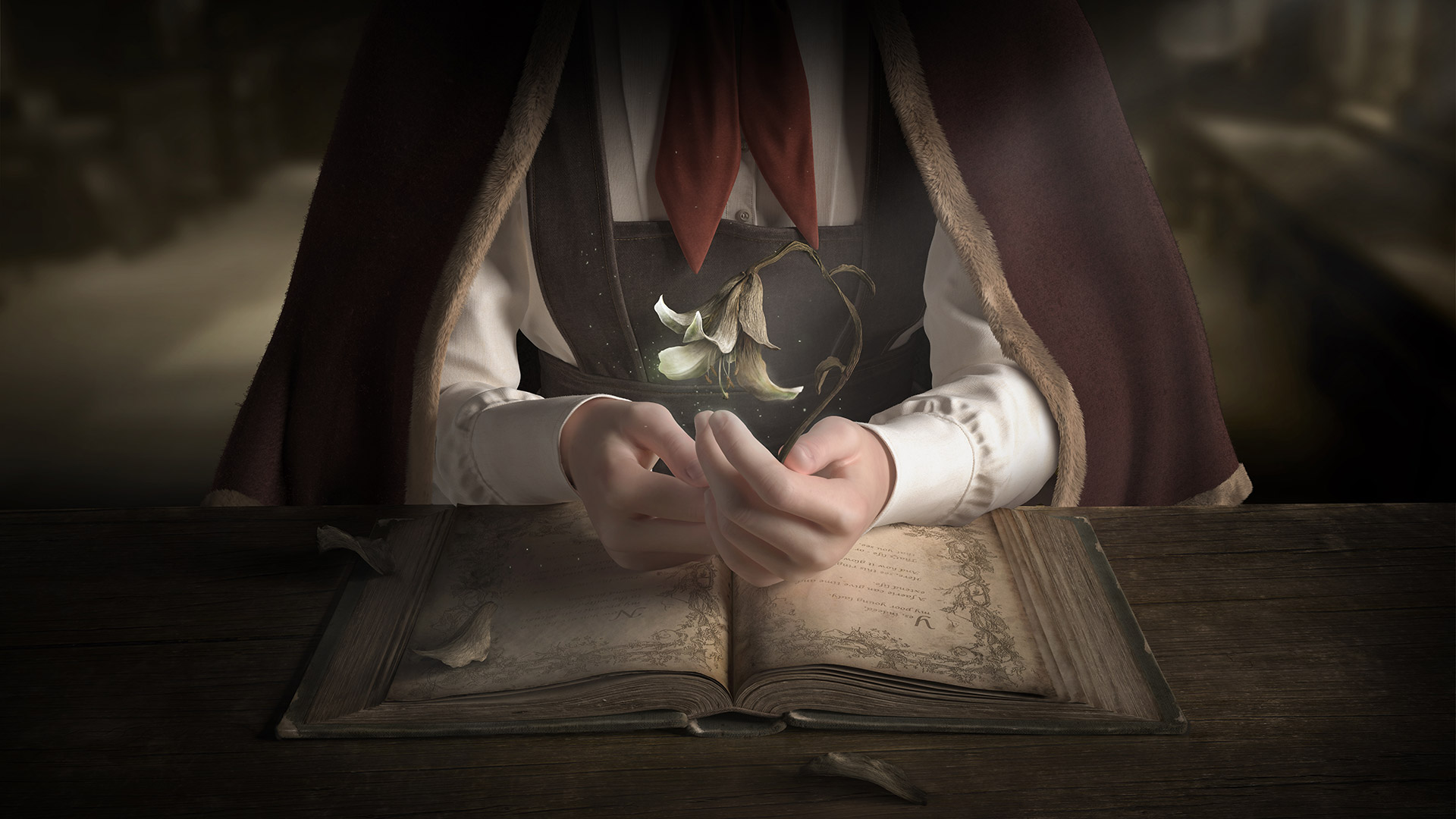 It’s a bit of a letdown that FromSoftware’s first VR game isn’t based on Dark Souls, Bloodborne, or even their first-person King’s Field. Nope, it’s Deracine, a puzzle-adventure game where you play a faerie at a boarding school

This little experiment is a throwback to the interactive movie games of the ‘90s. Just like D, Frakenstein: Through the Eyes of the Monster, The 11th Hour, and Mission Critical, FromSoftware’s Deracine has you solving puzzles while wandering around collecting items. With VR, it gets more points for being incredibly immersive. 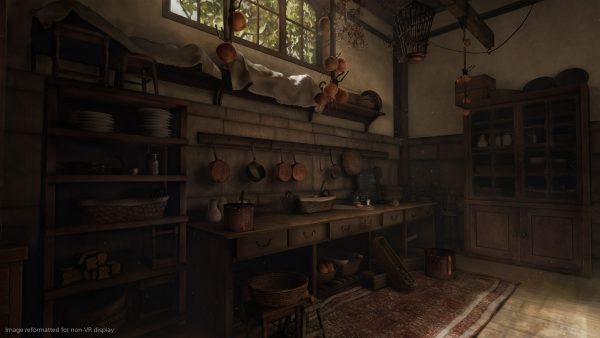 Like the Soulsborne games there is loads of environmental storytelling, found in background objects and incidentals that you can read or see. The non-linear plot adds a disjointed nature as you skip back and forth in time.

However, the story starts off slow and never picks up pace. Since time doesn’t move while you’re exploring there’s never any real sense of urgency, despite there being a ton at stake. Yes, it’s darker than the game lets on but it never really hooks you in, leaving you confused and disappointed by the end.

All the movement and object interactions are handled via the PS Move controllers, which is the only way to play the game. You teleport in fixed increments so there’s very little chance of motion sickness, and both the left and right PS Move controllers can be used to turn in place to help with navigation. 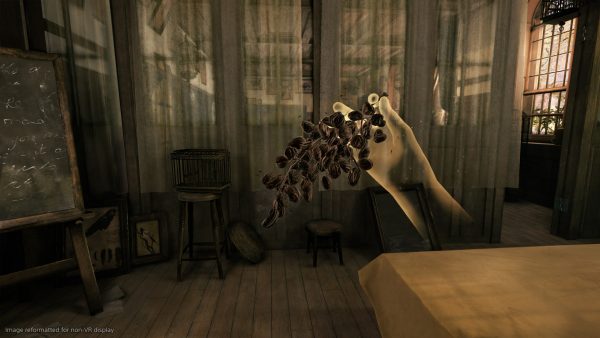 You can use either hand for most of the in-game actions, though you also have unique rings tied to each. They control time and life respectively, but it sounds cooler than it actually is since their use is scripted. It’s definitely a letdown as I’ve wanted to suck the life out of many characters for their stupid errands.

And you’ll be doing a lot of stupid busywork from the get go. One of my earlier tasks was to find five hidden herbs and drop them in a stew, just to prove that I exist. Here is a faerie with the power to travel through time and control life, and I’m stuck throwing herbs in a stew. Does anyone else see how ridiculous that is?

While the tasks and puzzles eventually get interesting, there’s a ton of backtracking that makes Deracine feel incredibly tedious. It gets even worse if you’re hunting for something you might have missed, which means scouring every nook and cranny to find whatever well-hidden object you need. 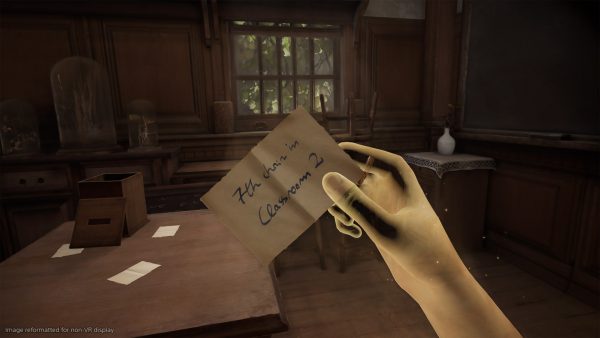 You can zoom in and move around for a closer look at objects or persons of interest, but some end up being out of reach if you’re sitting down. Deracine is very particular about room calibration, and it becomes an incredible hassle to repeatedly stand and readjust the PS Camera. Then after all that trouble, I find that some of those items or interactions aren’t even crucial to the plot. That’s when I feel like slamming my head against the nearest wall.

While most VR titles make it a point to have plenty of environmental interaction, Deracine does the exact opposite. You can only interact with objects that the game deems important, so you can’t read the various books on the shelves or muck about with the ingredients in the kitchen. You only do what the game lets you do.

Even then, these interactions are limited compared to other games. Everything feels stilted and awkward, showing that this is FromSoftware’s first foray into VR. Yet that stilted nature even extends to the characters in-game, who look and move more like mannequins than real people — they remind me of The Doll from Bloodborne for some weird reason. Even the animals look rather plastic, such as the flat fur textures on the dog or the dead rat. 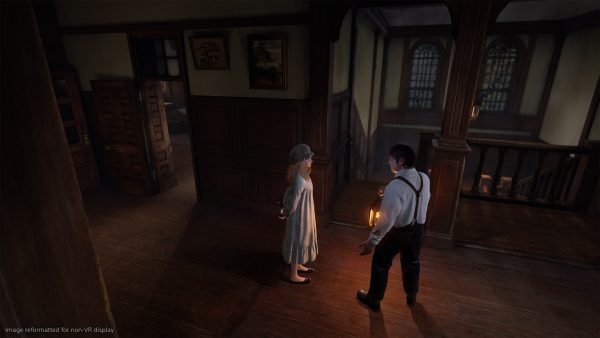 The rest of the visuals don’t look all that great, either. Plants on the windows look bad and two-dimensional, while text is blurry on books, letters, and posters unless you draw them in real close.

It’s not all bad news, though. Key objects such as the stopwatch on your left hand can be nicely detailed, and some of the particle effects do make you go, “Whoa.” Most importantly, the framerate always feels buttery smooth. I’ve never once felt dizzy or nauseous playing Deracine, and that is crucial for a VR game.

On the audio side, the soundtrack is definitely an acquired taste. While it’s slow and does fit the mood, it’s not something that most of us would remember or want to listen to. The voices for the game aren’t that bad, though they’re not exactly great either. They sound exactly like the voices in Dark Souls or Bloodborne, which is usually average and with a strong English accent. I don’t really mind since the game IS set in an English boarding school, but the actors can certainly be better with their line delivery. 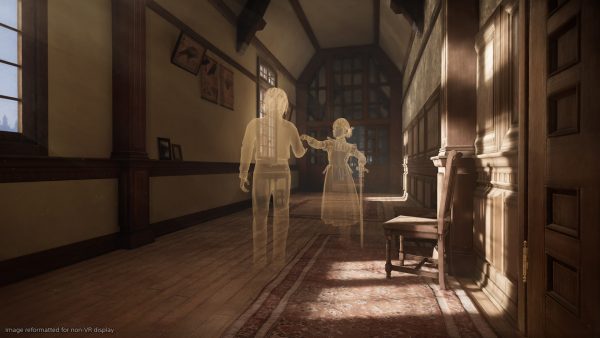 For a first VR effort, Deracine isn’t too bad. It gets points for being a well-run VR game but the lack of interactivity, player reach issues, and excessive backtracking makes playing it a tedious affair. It’s slow too, even by old-school game standards. These minor-sounding issues all add up, such that you won’t enjoy yourself even if you’re a fan of the genre or VR experiences.

Still, the fact that it’s a rare puzzle-adventure game in 2018 AND a decent VR game means it definitely warrants a look, especially if you’re a curious and can get it for cheap.

Deracine is out now for PS4 (PSVR required).
Developed by FromSoftware. Published by Sony Interactive Entertainment.
A digital copy was provided for review.

Sal's just your average hardcore gamer. He started gaming on the NES in the 80s and has been ever playing since. Sal doesn't care about which platforms games are on, only that he wants to play them all!
Previous post A sneak peek at Resident Evil 2 with producer Yoshiaki Hirabayashi
Next post Registration for Anthem’s first closed alpha test begins