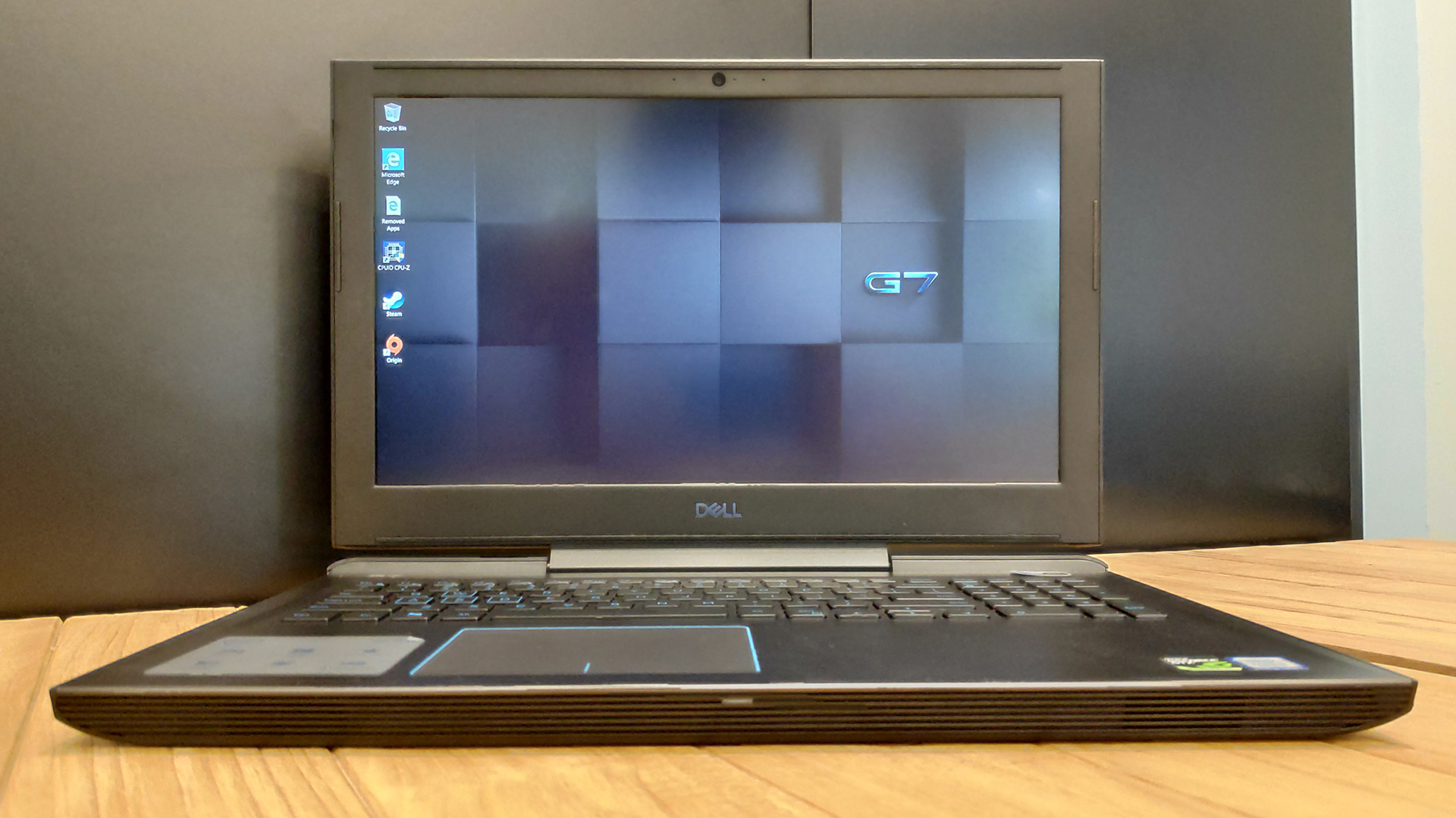 With products like the G7 15 (2018) laptop, it’s clear that Dell wants gamers to know them for more than just monitors and Alienware. Pegged for wallet-friendly territory, this gaming notebook manages to pack plenty of performance and value in a slim package.

Out of the box, the G7 might have some raising their eyebrows. Where most competitors strive for sleekness, Dell have opted for a visually thick chassis that, at first glance, might be mistaken for a business product. Its design is primarily matte black, the display bezels are unfashionably wide, and most concerning of all it weighs quite a bit at 2.86kg.

However, this shell didn’t exactly fall off the ThinkPad production line. The Dell G7 measures only 0.9-inches tall, which is surprisingly slim for its price point. The top half is attached by a smooth center hinge that doesn’t run the entire length of the laptop, providing a unique silhouette that could be a signature of Dell’s new G Series. And running along the rear are grills that conceal shiny blue vents, teasing the true nature of the components within.

Up against some of the bolder gaming laptops out there (even Alienware), the Dell G7 is certainly capable of drawing its own share of praise. It’s not quite an ultraportable, and its slightly heavier than some of its budget-priced rivals, but I have no qualms about toting it around in a backpack – less so for day-to-day commutes and more for an impromptu LAN gaming session or two. I’m also not fond of those dust-trapping grills, but they’re a small strike against the laptop’s apparent sturdiness. 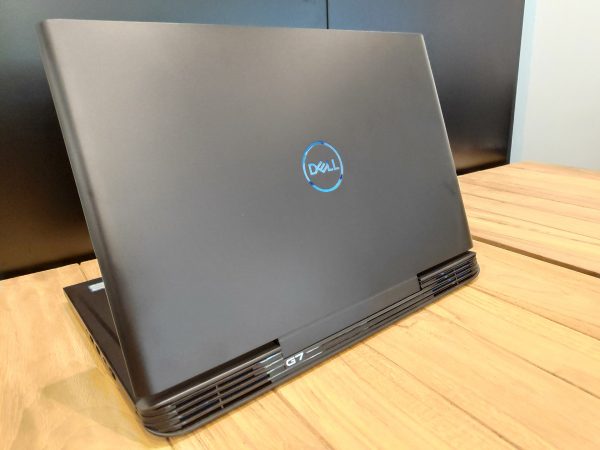 This thing is, without a doubt, a gaming platform. Our review unit equipped an NVIDIA GeForce GTX 1060 Max-Q graphics card, the mainstream pick of the GTX 10 Series. Working alongside it are an Intel Core i7-8750H (2.2 GHz) processor and 16GB of DDR4 RAM, offering good responsiveness and enough headroom to run a browser, Discord, or Spotify while gaming. There won’t be plenty of games that lie beyond reach, although owners will have to accept certain sacrifices.

The G7 failed to maintain Battlefield V or Rise of the Tomb Raider at 60 FPS on High settings, with Tom Clancy’s Ghost Recon Wildlands proving to be a similarly high wall for the system. That being said, all three games ran acceptably once you tinker in the graphics menus or shoot for a lower preset. Warhammer Vermintide 2 had no issues averaging 60 FPS despite the crowded action on-screen, and highly optimized titles such as Overwatch and CS:GO easily soared past the 60 FPS benchmark that competitive gamers expect.

What may seem limiting is storage, as the G7 ships with a smallish 128GB SSD and a 1TB HDD. There isn’t much room to install preferred programs on the faster drive, though the large disk drive does compensate by letting one install and keep multiple AAA-sized games on there. Even then, this was only a 5,400rpm HDD so transfers are going to be noticeably slower for those used to 7,200 alternatives. Thankfully, upgrading these or some of the other components are a breeze thanks to a removable panel that almost anyone can manage. 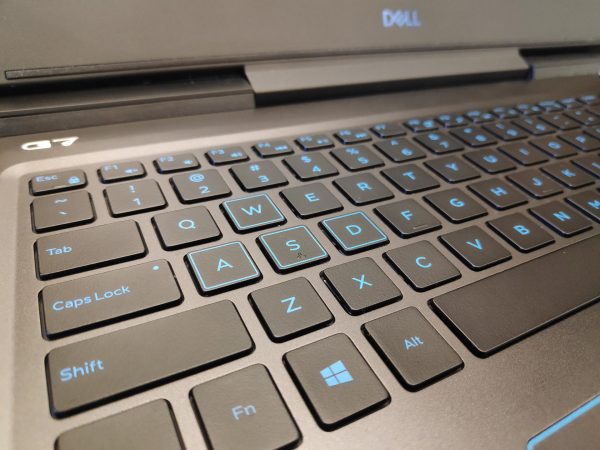 The 15.6-inch IPS display on the Dell G7 seems middling for the most part, which is a touch disappointing given the reputation of their full-sized monitors. It looks fine under office lighting but once I took it outdoors or subjected it to window glare, it quickly become apparent that the screen may be less than ideal. This isn’t so much a deal breaker as it is a weakness, and the 1920 x 1080 60Hz specifications come as no surprise given the laptop’s price tag.

The trade-off is that we get a full keyboard plus a smooth and responsive multi-touch pad. The spacing between the two is admittedly cramped, and the keys do feel matter-of-fact compared to some of the nicer mechanical options out there, but regardless they do their job well. What does seem to go above and beyond are the front-firing speakers, which can not only get loud but also stay impressively clear. I’d still recommend headphones for competitive gaming, but single-player experiences – as well as movies and music – fare better than expected.

A standard array of ports line the sides of the Dell G7: one HDMI 2.0, three USB 3.1 Type-A, one USB 3.1 Type-C (supporting Thunderbolt and DisplayPort), a 2-in-1 SD/MMC card reader, an Ethernet port, and the usual headphone/mic jack. This configuration is enough to hook up desktop peripherals such as an external monitor, keyboard, and mouse to improve the overall experience; or to try out some virtual reality gaming since the GTX 1060 Max-Q card supports it. I only wish there were enough ports to keep them all connected at the same time, rather than having to pick and choose between them. 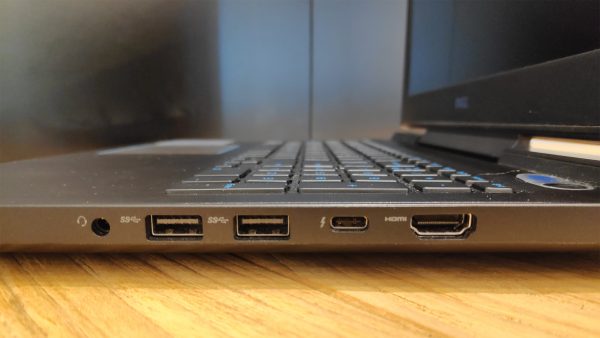 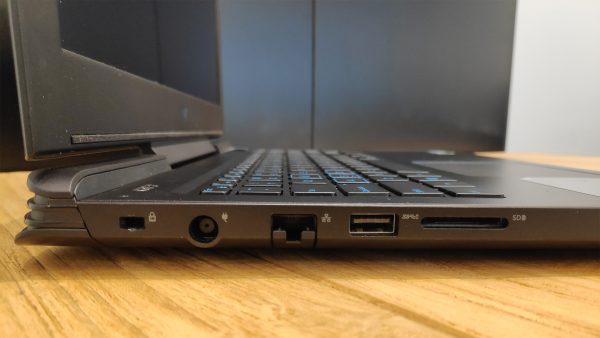 In the bustling gaming notebook market, it can be hard for newcomers to carve a space and call for attention. Dell is by no means a new player, but their refreshed gaming line under the G Series moniker is off to a splendid start. Their G7 15 packs a great balance of price, performance, and features for the budget gaming bracket, and those wanting to look beyond the usual manufacturers now have a strong alternative to consider.

It isn’t going to offer a dream combination of features, but few laptops will without absconding with your wallet. If all you need is a no-nonsense machine that can game and does so reasonably well, then be sure to add the Dell G7 15 to your shortlists.

Ade thinks there's nothing quite like a good game and a snug headcrab. He grew up with HIDEO KOJIMA's Metal Gear Solid, lives for RPGs, and is waiting for light guns to make their comeback.
Previous post There’s an island-wide Beat Saber competition happening in March
Next post Ubisoft’s VR arena shooter Space Junkies releases in March for PC and PS4