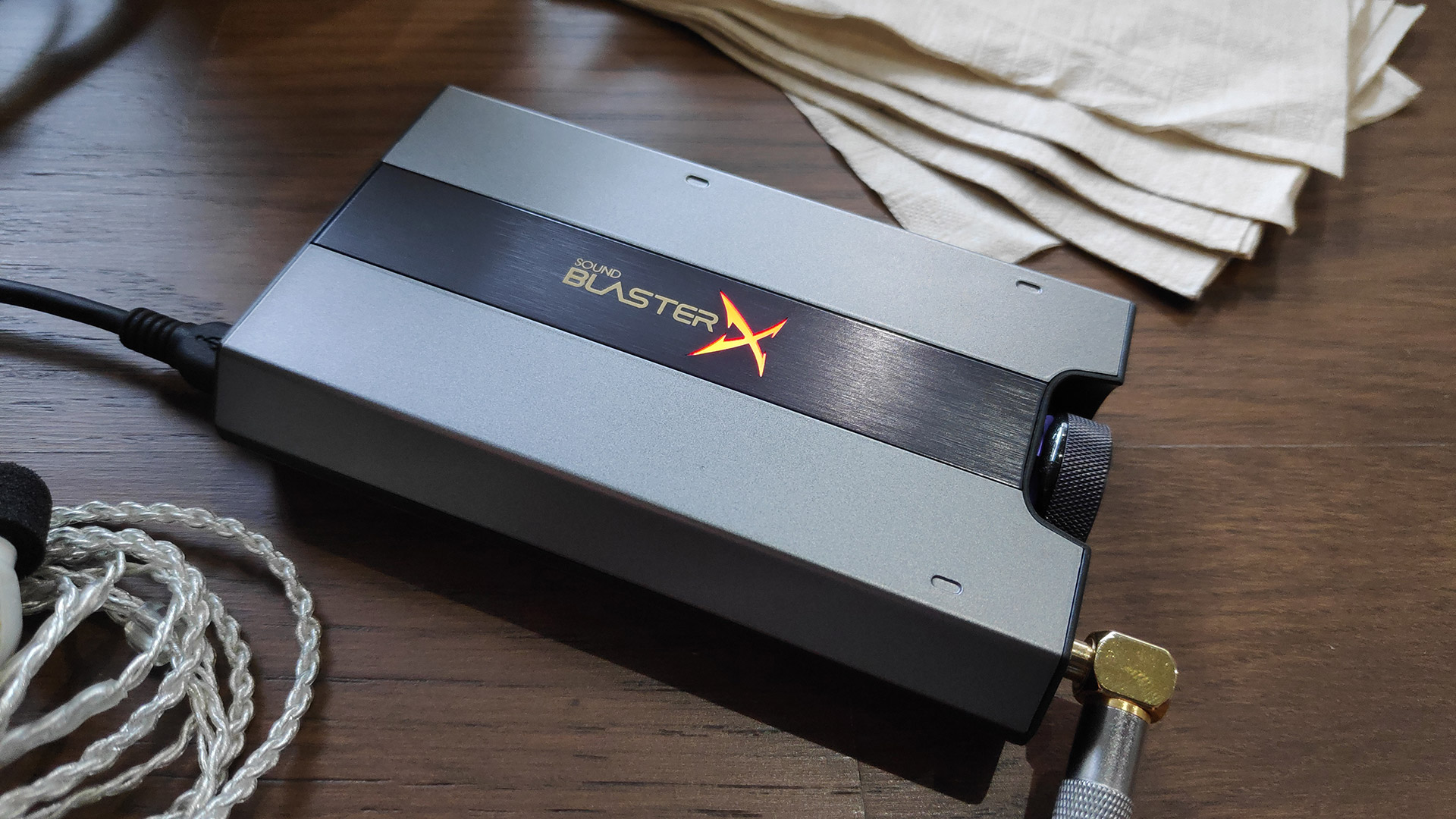 S$219 may sound like a whole load of money, but folks looking to juice up their overall audio experience may find the Creative Sound BlasterX G6 a worthwhile investment.

An external gaming sound card isn’t new by any means, not from Creative nor from any of its sound-inclined competitors. While they all try to bring something unique to the table (even if it’s gimmicky), the one thing they share in common is the push to enhance gaming immersion. That’s usually achieved through surround sound virtualization, from the 5.1 offerings of the last decade to more recent 7.1 options.

The Sound BlasterX G6 is best thought of as a USB DAC-amp combo. While it does bring Creative technologies such as Scout Mode and virtual surround, the bigger sell are the components they’ve soldered within.

Marketed for audiophiles, the DAC (digital-to-analog converter) component of the G6 supports 32-bit 384-kHz audio and a dynamic range of 130dB, while their discrete Xamp headphone amplifier can output 600 ohms of power. 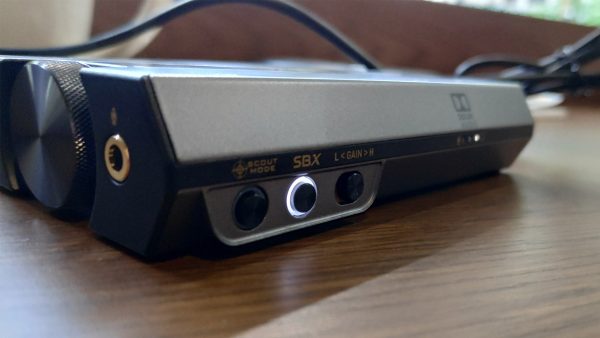 Those claims are sure to raise some eyebrows, yet you don’t have to jump into the technicality of it all to know that numbers — especially bit-depth and sample rate — aren’t everything. In fact, you’d be hard-pressed to find someone with a library of 32-bit files in the first place, and anyone who dabbles in hi-res music would already have a preferred DAC-amp stack that complements their music and headphones.

So where does that leave the G6? As an all-in-one solution for gamers stepping into “serious” audio, or for those who simply want to cut down on the wire mess.

On the gaming front, we already have the now-familiar Scout Mode to work with. The first of three button toggles, it enhances audio cues such as nearby footsteps and distant gunshots to ramp up your situational awareness. This works great in first-person shooters such as CS:GO and PUBG, and to a lesser extent Battlefield V or Overwatch.

I wouldn’t recommend turning it on for other genres since the tweaked sound isn’t ideal for rousing scores or roaring engines. Leave those other games and movies to the second toggle, SBX (Sound BlasterX) instead. This enables Creative’s full suite of audio tweaks such as the 7.1 virtual surround, crystallizer, and other customized enhancements. Surround, for instance, has three presets that wind up sounding more artificial the heavier you lay on the processing. 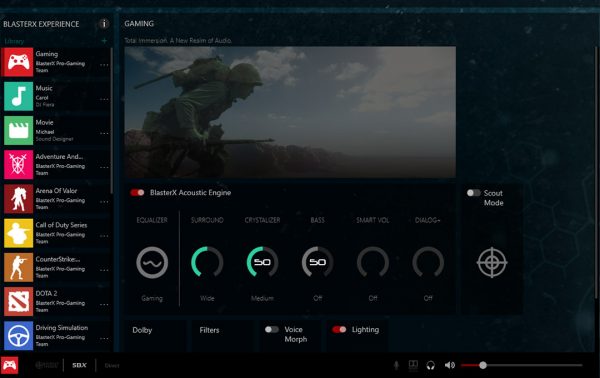 You can pick and adjust all these settings through the desktop Sound Blaster Connect 2 app, and it wouldn’t take long to find a combination that would sound good to your ears. It even has sound profiles for different games, such as the aforementioned PUBG and Overwatch. There are even settings to have the G6 light up in time with your music, believe it or not. However, the user interface could do with some improvement and, as with previous iterations, it can be slow or unresponsive at times. Overall, SBX does a good job: the richer treble isn’t hard on the ears, and the low-end can be pushed ever so slightly — just don’t go too far as it can get a tad muddy.

Of course, the bigger appeal is how the G6 handles music. As mentioned, a crystallizer is there to try and fill in the details of any lossy music in your collection; Creative’s been hammering on that front for years, and its pleasant enough to be left on for streaming services. You’ll want to take advantage of that hi-res support though, since audio quality is only as good as the source file to begin with.

On that note, listening to lossless files through the G6 is a marked improvement over most on-board audio chips. You’re left with a fuller and livelier presentation that has you thankful you finally invested in a sound card, and this improved audio carries over to supported consoles such as the PS4, Xbox One, and Nintendo Switch too (Dolby Digital decoding included).

However, it all comes with large caveat: that you have the right pair of headphones to begin with. If you’re hoping for the G6 to improve your gaming headphones then bury the thought right now — that money should be going into a better set of cans for a bigger leap in quality. Earphones and in-ear monitors work just as well, but you’d want to be very careful with the gain switch. 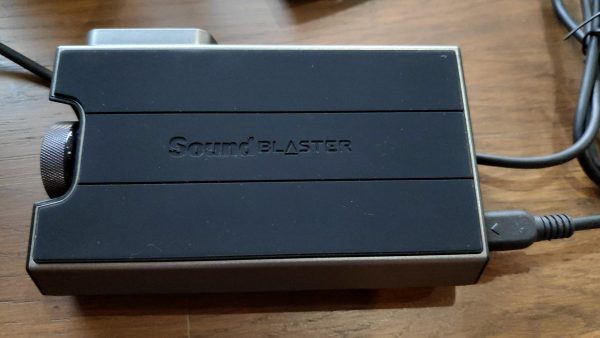 If you’ve already invested in good headphones and have so far plugged it straight to your computer, then the G6 would also be a godsend. Depending on your model, the discrete amp would inject plenty of life to your music from the better power delivery alone, and the cleaner audio coming through the DAC will only let it shine even more. Plus, you get to use this new audio investment with your gaming consoles too, negating the need for a headset. Simply attach something like a ModMic to have your recording needs covered.

Are there better sounding DAC-amp combos than the Sound BlasterX G6? Yes. Are there cheaper options? Certainly. What you’re paying for in the G6 is a mash of quality and convenience, presented in a solidly-built device that comfortably sits on your palm. If you’re looking for your first headphone amp that can tackle both music and gaming, then definitely give this an audition.

The Creative Sound BlasterX G6 ($216) is out now; firmware and driver updates available online. A unit was provided for review.

Ade thinks there's nothing quite like a good game and a snug headcrab. He grew up with HIDEO KOJIMA's Metal Gear Solid, lives for RPGs, and is waiting for light guns to make their comeback.
Previous post CS:GO’s latest Easter Egg had us hoping for a new Portal game
Next post GAX Deal Alert: 12.12 Edition