I’m in awe at Crash Team Racing Nitro Fueled. Everything about the old game has aged like a fine wine, from the core power sliding mechanics to its items, tracks and world design. Add to that a graphical face lift and you’ve got yourself a winner. In a sea of underwhelming modern kart racers (looking at you, Team Sonic Racing), this game still manages to stick out as one of the few that feel truly fresh and unique.

How’s it feel behind the wheel?

The first thing to talk about here is the racing, of course. This has always been where Crash Team Racing excelled. The sheer amount of characters, tracks and items in this game add a lot to the experience.

Power sliding is essential to win any race.

Fans of Mario Kart and other arcade racers should be wary, though.

Crash Team Racing replaces traditional drifting with a power sliding mechanic. As you hop and drift, you’ll have to rev up your engine with the second hop button. If you time it right, you’ll get a turbo boost that slingshots you past other racers. It takes time and practice to master and it’s a huge part of the game, which means that you will literally lose every race if you don’t get it right.

That’s the most subjective part of the experience. All races are built around power sliding and it’s the best way to gain speed. It’s all a matter of skill so players might learn to love it, though I can see how some might get tired of it very quickly. Regardless, if you get the mechanic right, you’ll be zooming past other racers at breakneck speeds and throwing TNT crates, and that’s when the game shines.

I must talk about the tracks too because they’re absolutely stunning. Tracks like Coco Park and Dragon Mines actually had my jaw drop at how beautiful and colorful they were. It’s not just the visuals either. They’re fantastic by today’s standards, but every track feels truly alive with the amount of detail packed into them.

Man, this picture doesn’t do the real thing any justice!

As an example, one run of Coco Park will take you to a giant Coco statue atop bushes of red flowers and green grass. Above is a dazzling rainbow, created by the many fountains that sprinkle water into the bright blue sky. Take a breather when you see it — no other kart game this beautiful even exists right now.

As a side note, tracks in this game are host to a ton of secrets! Shortcuts are everywhere if you are willing to take a second to explore. These can earn you the seconds you need to best other players, but skill and power sliding will always make or break your race.

Crash Team Racing also boasts a pretty meaty story mode. Much like the original, you traverse a series of small interconnected hub worlds. Each world has around four races for you to complete, at the end of which you get a boss to race against. Bosses are just 1v1 races, except the boss gets an infinite supply of one particular item to use against you, such as Beakers and Bowling Bombs.

The hub worlds are gorgeously brought to life in this game. What was once a barren desert of messy brown textures is now a lush beachside view, complete with tropical wildlife and remade music. There are five of these hub worlds in total, each with a totally different theme and look.

This game has some really gorgeous hub worlds.

The story isn’t anything to write home about, but it’s sufficient enough to keep you playing the game without overstaying its welcome (again, looking at you Sonic). There’s also a free webcomic if you’d like to see more. Importantly, this game allows you to play the campaign in two modes: Classic and Nitro Fueled. Classic is the original Crash Team Racing experience, sticking you with one character and the default difficulty throughout.

Nitro Fueled is obviously better for those who aren’t sticklers for the old game’s way of doing things. It allows for three difficulty settings, plus you can switch out or customize your character at any time between races.

The difficulty in Adventure Mode as a whole is worth talking about, though. Crash Team Racing is an older game, and let’s be honest here: older games tend to be difficult for the sake of being difficult.

Not exactly a walk in the park

In normal mode, items like missiles and TNT crates wreak havoc every single second you’re on a race. It’s absolutely bonkers trying to keep up with so many opponents while power sliding, avoiding track hazards and dealing with missiles plus other assorted abominations all at the same time! It’s ‘un-fun’ in the most dumb way possible, because success in any given race often depends on whether or not racers behind you happened to pick up a missile.

The poor puppy just wants to go on a joy-drive and you keep throwing missiles at him! For shame!

With power sliding, races just depend on skill. Tack on these items, and they suddenly depend on pure luck instead. That missile often means the difference between 1st place and 5th. In Adventure Mode, you need a 1st place win just to pass the race, so anything less isn’t an option. And if you think these races sound bad, the bosses are much, much worse.

Difficulty seems to ramp up like crazy for normal mode, which is off-putting, but there is always an easy mode. It should be noted that the game doesn’t allow you to change difficulty settings while playing though, so you’ll have to start an entirely new game just to switch settings.

Local multiplayer is fun on a bun. Character customization is fantastic, which means that anyone can personalize their racers as much as they want. Game modes are plentiful, from standard races to time trials and crystal collecting. There’s a lot to sink your teeth into here, if you’re looking to play with a bunch of friends.

I personally suggest battle mode for a ton of frantic, explosive fun.

If online multiplayer is more your thing, the game has that too. Unfortunately, none of the other game modes are available online, so you’re stuck with playing normal races. There isn’t any rank-based matchmaking system in place either, so expect to be left in the dust for many of your first few games.

So, how does Crash Team Racing fare?

Crash Team Racing Nitro Fueled is a beast of a game. There are an absolutely staggering amount of tracks, characters and customization items to explore and collect for ages to come. Fans of the original will more than likely come to adore it for all its graphical improvements and options to play the game just as it used to be. Newer players can still find a lot of fun in how different this game feels from its peers.

The world of Crash Bandicoot is colorful and lively and this game reflects that in every way it can. It’s a nostalgic throwback to the good old days when Crash was everything to everyone who owned a PlayStation. It isn’t overly reliant on nostalgia, though. Many of these tracks and core game mechanics have actually aged really well, and are still heaps of fun to play through today.

Well, except for lock-on missiles. Those haven’t aged well at all. 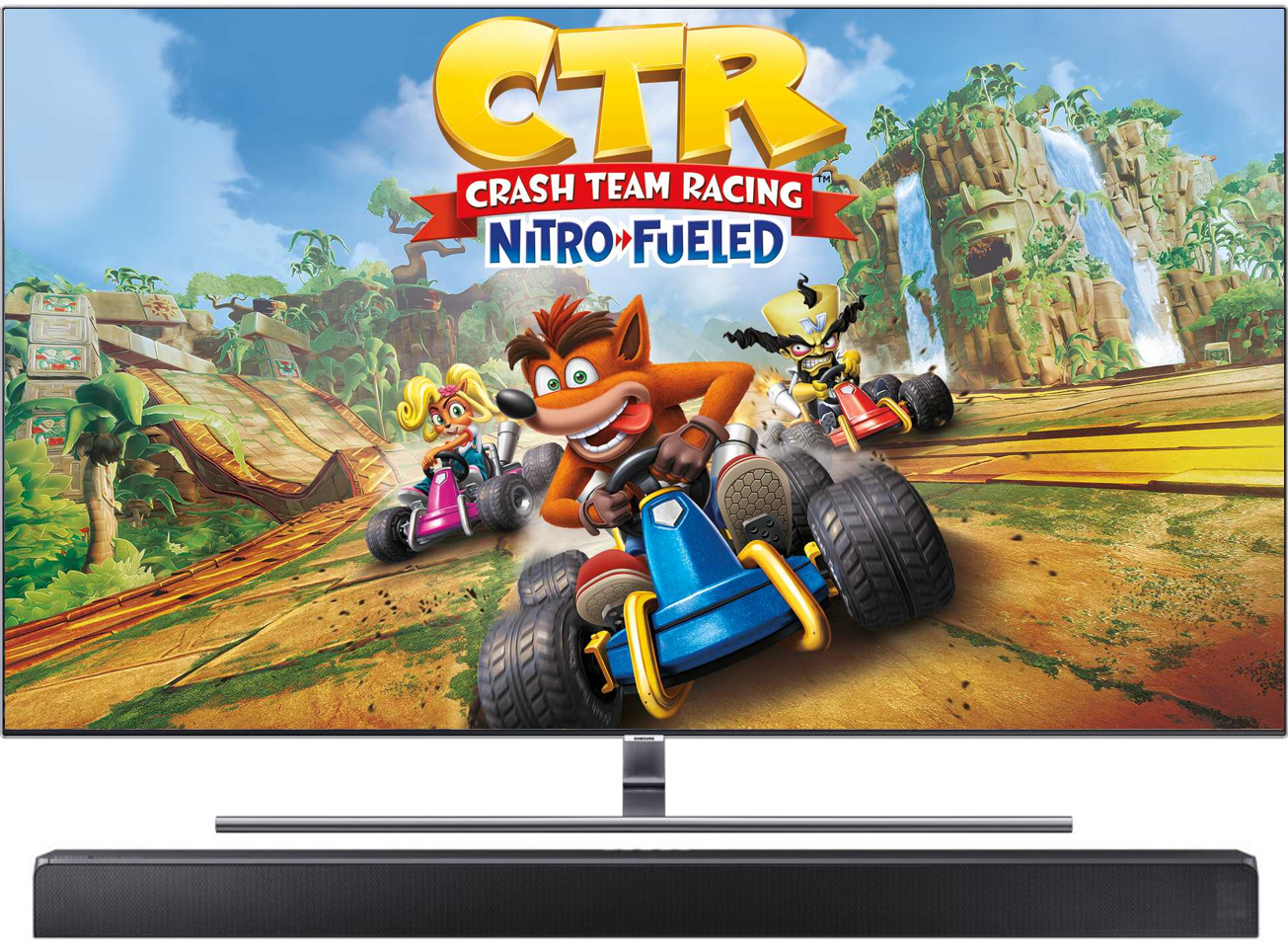 Crash Team Racing Nitro Fueled is out now for PlayStation 4, Xbox One and Nintendo Switch.
Developed by Beenox. Published by Activision.
A PS4 copy was provided for review.

Tim loves all sorts of things. Movies, TV shows, video games, comic books, cats and all that good stuff. What doesn't he love, you might ask? Minestrone soup. It is truly awful.
Previous post Updated: It’s all sun and games with the Overwatch 2019 Summer event!
Next post SDCC 2019: From It Chapter Two to Watchmen, here are all the biggest trailers