Review: Warp back in time with the Crash Bandicoot N.Sane Trilogy 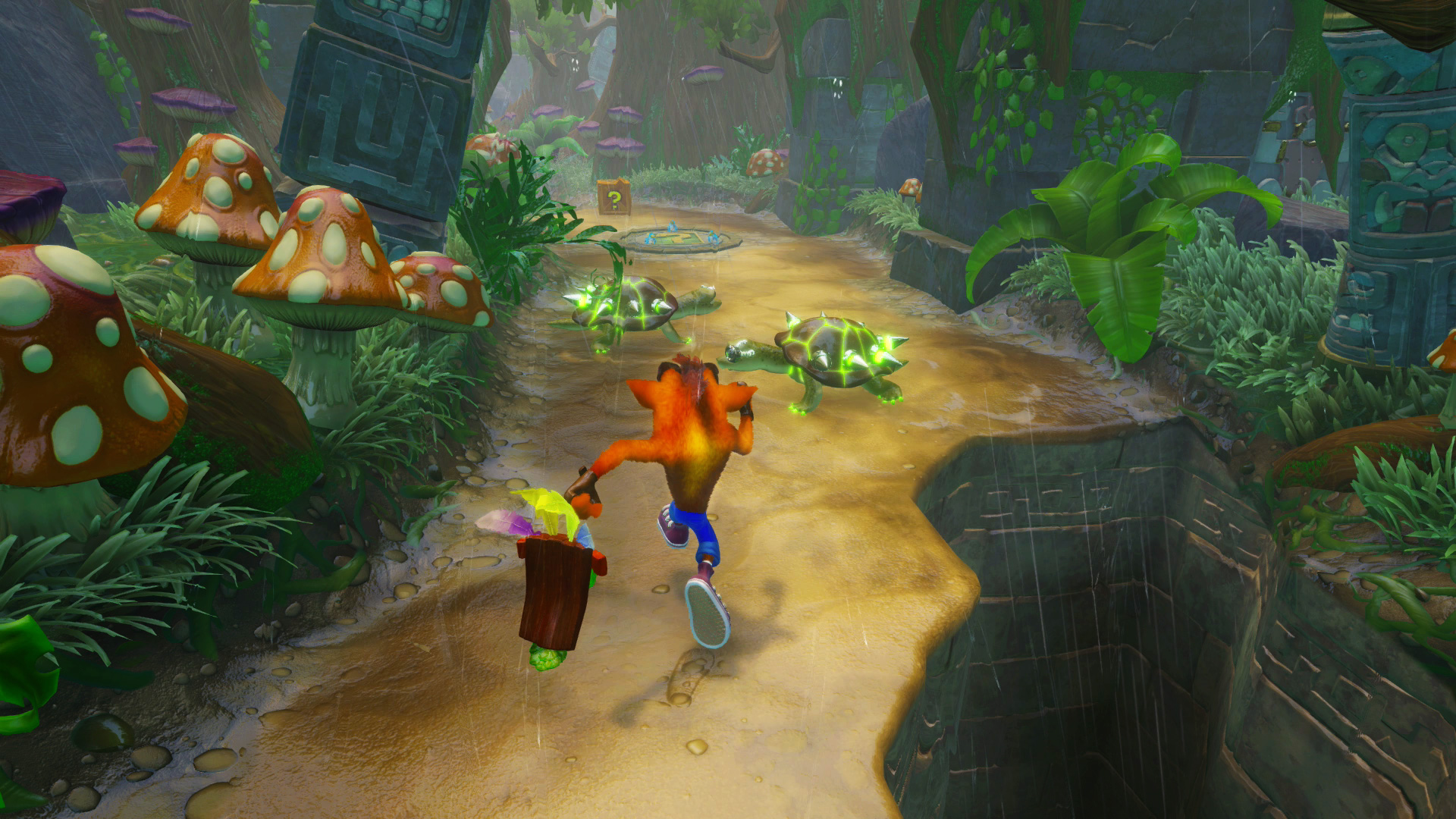 It’s been more than 20 years since the orange bandicoot burst onto the gaming scene, giving newcomer PlayStation a face to compete against Sonic and Mario. However, mascots hardly have the power they did back in the ‘90s, so can the Crash Bandicoot N.Sane Trilogy land the jump for today’s gamers?

I remember being wowed by the graphics when Naughty Dog’s Crash Bandicoot first came out. Coming from the 16-bit Mega Drive, exclusive games like Crash and Resident Evil were the reason I jumped ship from Sega to PlayStation. That’s something the series can no longer rely, so it’s all down to the platforming gameplay.

The main Crash Bandicoot series are all 2.5D games, where you run, jump, and spin past traps and obstacles to reach the end. Some levels have you running away from hazards, while others have you riding an animal, but all have the same goal of getting from point A to B. Along the way you’ll get to break boxes, find power-ups, and basically massacre anything in your way with Crash’s spin attack.

Remarkably, Crash Bandicoot holds up relatively well despite their age. The levels are fun to romp through and the platforming bits are as challenging as they were back in the day. They’ve also tweaked the visuals and gameplay here and there, on top of larger changes like adding an autosave system. The problem is that the gameplay issues from all those years ago are still happening today.

For example, stages where you run towards the screen feel cheap, as you must memorize what to do after failing instead of relying on your reaction speed and skill. There are also platforming sections that go from tricky to frustrating due to the iffy edge detection. You could swear you jumped just right, only to slip off a platform and fall to your doom. That’s the risk you take when remastering games from three generations ago.

The only addition to this Crash Bandicoot remaster by Vicarious Visions is a scrapped level, ‘Stormy Ascent’, that’s supposedly the hardest ever made. I agree — climbing the tower is an exercise in frustration unmatched by any of the other regular levels. No wonder it was cut, especially considering the slipshod physics. Crash Bandicoot 2: Cortex Strikes Back and Crash Bandicoot: Warped fare better, though they too remain untouched. On the plus side, Naughty Dog had improved everything established in the original, making the sequels a generally tighter package. There are fewer cheap deaths and while the chase sections return, the camera has been zoomed out to give you more time to react.

Only Crash Bandicoot: Warped received new content. ‘Future Tense’ is a completely new level designed for the remaster, though it doesn’t really bring any new mechanics. It’s simply a fun bonus for anyone wondering what a level designed today would look like.

Instead, the biggest addition to the N.Sane Trilogy has to be Coco Bandicoot, Crash’s younger sister. She was a playable character in a few Warped levels, but now you’ll get to pick her for the other two games as well. Most of the levels, anyway, since the chase or underwater scenes still force you to play as Crash. Coco needs to be unlocked first, but other than the different look she plays very similarly; there’s basically no difference in the hit boxes, moves, or running speed.

For the technical side, it’s nice to see that the levels load in a snap; the lessened downtime makes dying just a little bit less frustrating. However, the games are locked at 30FPS, even on the latest console the Xbox One X. That’s a massive disappointment when the PC version runs at 60FPS. I don’t see a reason why the console versions should be capped, because it’s not as if the games are that graphically intensive.

Still, that disappointment doesn’t compare with the lack of content in this remastered collection. The three games are the most important, and they’re decent, but there are plenty of other PS1-era games that aren’t included. Titles like Crash Bash (a Mario Party-esque game) and Crash Team Racing (a kart racer) may not be platformers or tied to the main games, but they were part of the Crash Bandicoot brand and fun games at that.

Even overlooking that, the fact there’s zero supplemental material is a tragic omission. Compared to the recently released Street Fighter 30th Anniversary Collection, which had 12 games and a massive library of digital art, bios, and other extras, the N.Sane Trilogy just feels like we got the bare minimum.

Nonetheless, the Crash Bandicoot N.sane Trilogy is a great pick for trying or re-living Naughty Dog’s earlier games. It lacks plenty of extra features compared to other contemporary collections, but there’s still no taking away from the fact that we’re getting three iconic platformers from the PlayStation 1 era.

Crash Bandicoot N.Sane Trilogy is out now for PC, PlayStation 4, and Xbox One.
Developed by Vicarious Visions (original Naughty Dog). Published by Activision.
A digital Xbox One copy was provided for review.

Sal's just your average hardcore gamer. He started gaming on the NES in the 80s and has been ever playing since. Sal doesn't care about which platforms games are on, only that he wants to play them all!
Previous post The $429 Honor Play has rumble, 3D sound, and an optimized gaming mode
Next post Hyperplay 2018: Where esports and music collide