Review – Wipeout Omega Collection reminds us why the series is king 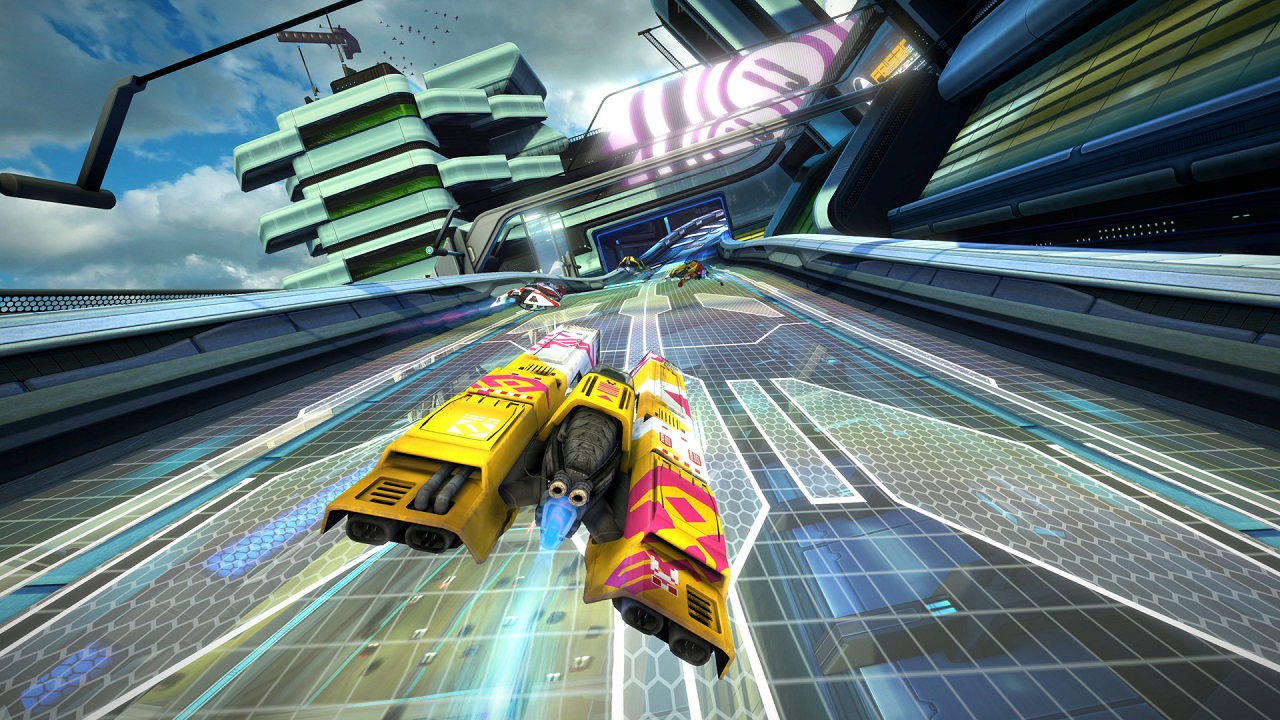 Wipeout Omega Collection is a timely remaster of two different titles and one expansion. It has been years since the release of each but Wipeout still delivers a taste of what futuristic racing could be. Anti-gravity ships dart across tracks that hang impossibly in the air, looping around towering skyscrapers and pulsing with neon lights. It’s fast, it’s action-packed, and it’s a great introduction to an iconic PlayStation series.

The Wipeout Omega Collection is not a compilation of best hits but more of a bundle, offering the previous three releases in a single, enhanced package. It’s made up of the PlayStation 3’s Wipeout HD, the HD Fury expansion pack, and the PS Vita’s Wipeout 2048. They seem to have been upgraded with better lighting and textures, on top of 4K resolution and HDR support for the PlayStation 4 Pro.

While all three games may look the same at first glance, each title has its own distinct identity. For example, modes like Detonator and Eliminator are exclusive to Fury, while the race tracks in 2048 are the most unique in look and feel. The gameplay contrast between them isn’t too sharp either, as I found myself jumping from one game to another within the same session just to experience the various race types.

Like any racing game, you’ll always need to pay attention to your opponents and the track. What makes the series an action racing game, however, are the many different power-ups and boost pads placed along the track. As the anti-grav ships all move incredibly fast, decisions have to be made in a split-second. Should you save that Quake weapon for an unforeseen comeback, or should you pick up that Turbo to boost out of the next corner? Should you steer towards a pick-up in the hopes of getting some Mines or are you better off maintaining as much of a lead as possible?

There’s simply no room for hesitation. Any second-thoughts or last-minute decisions can lead to a missed shortcut or huge drops in speed from an over-steer. While the power-ups do insert a large amount of chance to the game, I’ll always minimize risk by following in the footsteps of any diligent race driver: getting familiar with the track and setting personal lap records. The weapons are just a touch of chaos in a highly-ordered routine.

Interestingly enough, I realized that the AI difficulty increased as I progressed further into the game. Unlocking the faster ships meant there was a growing need to know where the boost pads, weapons, and sharp corners were. It’s at the higher difficulties where the pick-ups actually spell the difference between first or a close second. These top-tier races are the reason I came back to Wipeout countless times — and this is only against the AI!

Music is another big part of the game’s reputation. The playlist is mainly licensed electronic dance music  so you may recognize some of these tracks. Even if I couldn’t name all of them, I found them a good fit for the adrenaline-rush that accompanied every race. For a series with no conventional story, the soundtrack plays an critical role in the game’s world-building. Trance-like. Familiar one moment yet alien the next. In other words, it’s Wipeout.

Wipeout Omega Collection is a wonderful package for fans of the series, finally bringing a long-running PlayStation exclusive to Sony’s latest consoles. It is also a great introduction to those who have yet to pilot an anti-grav ship, as the progressive difficulty makes sure that races remain fun and challenging as your own skills grow. The franchise may have fallen by the wayside compared to other racing games but these remasters prove that the formula is, in fact, timeless.

Garet loves his Strategy and RPG video games and cares deeply for the genres. Offline, he tell tales and heroic acts of characters that braved impossible odds in Dungeons & Dragons.
Previous post PlayStation Experience SEA to make its debut in Kuala Lumpur
Next post One week with Overwatch’s new Offense hero Doomfist