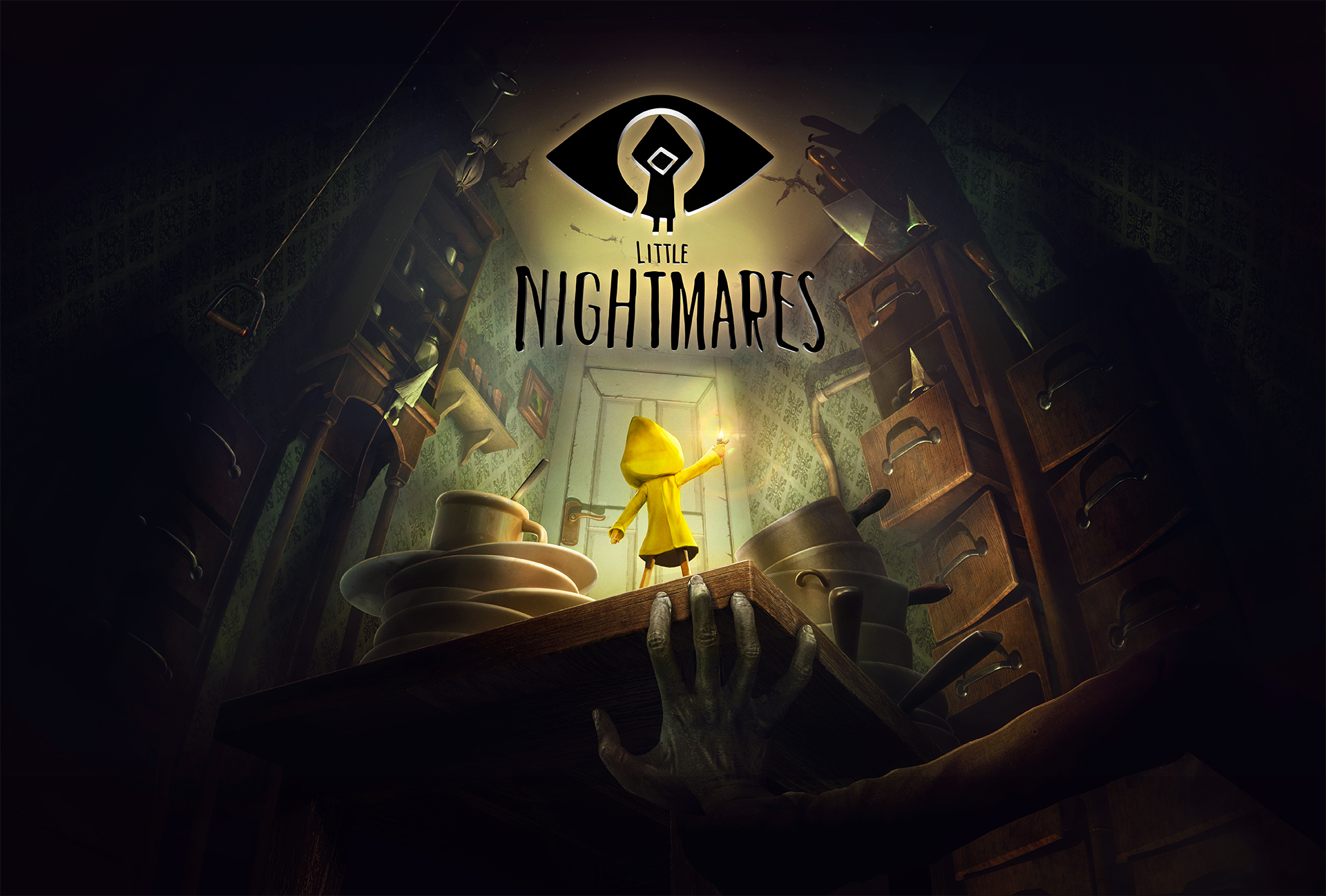 “Unsettling” would have been how I summed up Tarsier Studios’ Little Nightmares. Trapped within the physically impossible spaces of The Maw, the horrors of this puzzle-platformer have more in common with Amnesia than Resident Evil, emphasizing location and atmosphere than the threats that inhabit it. Refreshingly brief and aesthetically gorgeous, this slow descent into desperation would have scored higher marks were it not for a series of clunky, mechanical frustrations.

It’s understood that horror best thrives within the unknown. However, Tarsier has chosen to omit any overt narration whatsoever, abandoning notes, dialogue, and the quintessential monologue in favor of visual storytelling. We basically play as Six, a nine-year-old girl trapped within the supernatural confines of The Maw – neither of this is explained within the game itself. In fact, they’ve hidden plenty of worldbuilding information elsewhere, with the official website and development blogs being the most enlightening.

I wouldn’t consider this non-direct approach detrimental, as the visuals and set-pieces soon make it clear what exactly we’re dealing with. Thematically I’m reminded of the opening moments in Hayao Miyazaki’s Spirited Away, when our young protagonist stumbles upon her parents eating like pigs – quite literally. Similarly, Little Nightmares seems to touch on topics of gluttony and hunger, if only in a much darker tone.

If “The Maw” wasn’t enough of a hint, a large portion of the game has players evading capture lest they get turned into food – just how exactly this is done is made obvious once we discover the kitchen. Yet the longer Six survives, the greater her own need for sustenance grows. You see, we begin the game with her waking up deep within The Maw, passed out for an uncertain length of time. She may have felt peckish then but her ordeals have made her absolutely ravenous, to the point of actual pain (I have a nagging suspicion the whole place had something to do with it). In any case, what at first shows Six reluctantly biting into stuff eventually devolves into morbid imagery, perhaps reflective of all Maw’s inhabitants.

Cloying and oppressive, the atmosphere that hangs over every location within The Maw work towards building or sustaining suspense. Six is very much the proverbial light in the darkness, her yellow raincoat and the glow of her lighter a sharp contrast to the environment. Rats and other small creatures scamper away at her approach, slinking further away into the vast clutter. I called these rooms “physically impossible spaces” earlier as all sense of scale appears to have been thrown out the window at times, adding to the disorientation. Crucially, they reinforce the idea that Six is simply a young girl, lost and hungry amid a haven of creepy monsters.

Given the short running time, I’m pleased with how the enemy ratio turned out. There aren’t many to encounter in the first half, which is mostly dominated by tutorials and puzzles. The few that do show up earn points for both their timing and appearance. What’s surprising is that we’ll find other unique monsters later, the amount of original design used certainly worthy of mention.

Engrossing as it all is to look at, Tarsier has put in just as much effort into their sound design. I urge anyone interested to play these with headphones, in order to best experience the scrapes, creaks, and patter of feet – Six’s and otherwise – that accompany the scenery. It sells the credibility of The Maw, all of which is accompanied by a soundtrack that feels right at home, only calling attention to itself when cued with gameplay moments.

These gameplay moments are where Little Nightmares starts to take a dip. It’s a 2.5D puzzle-platformer so all movement is lateral, with a fair amount of depth taken into consideration. Rather than the foreground being too messy or the background too indistinguishable, the problems with depth perception here actually lies with the camera. There’s a slight delay in tracking Six’s movements, which means any moment requiring speed and/or precision, such as balance-walking, is going to be a nightmare. And it’s far from little – consider the fact that all enemy encounters are about hiding and running and, well, you can probably imagine how that goes.

The cat-and-mouse situations are genuinely fun when things work out. Climbing up cupboards or scurrying across shelves are all feats Six will have to accomplish while unnoticed, and the monsters aren’t dull or repetitive either. There’s one that counters its blindness with a heightened sense of hearing, forcing me to slow down and stress over where to walk, while another is bustling about in a kitchen, ramping up the pace to short sprints underneath tables and shadowed alcoves. The variety pleases the stealth fan in me greatly.

All of it comes crashing down when Six winds up doing things you don’t want her to do, such as ignoring a ledge – oh, the number of missed ledges. Some of it has to do with the aforementioned camera and depth, made harder thanks to the game’s low margins for error. This translates to other minor but crippling blunders such as bumping into a corner when turning or jumping too late. I much prefer to be struggling with the puzzles or enemies than the controls.

It’s a blemish on what could have been one of my favorite surprise hits this half of 2017 (I knew it was coming but I wasn’t expecting it to be this good). Although I find it hard to reconcile with the fact that it’s frustrating for no good reason, Little Nightmares still stands out for its production quality and approach to the horror genre. The ending is fairly crushing in its reality although, to be fair, given the short amount of time and lack of exposition it doesn’t end up being as impactful as it could have.

The obvious title aside, we have all the basic elements of a nightmare: Six has a hazy sense of where, when, and why; is driven only by her strongest instincts; and is plagued by her body’s sluggish response. I just hope that last bit wasn’t intentional because it made for more counts of annoyance than it did terror.

We’ve had horror games explore powerlessness as an adult, and to great effect too, but there’s just something about being a child in the same situation that makes it truly unnerving. Little Nightmares isn’t a game that leaves people jumping or screaming in fright; it simply burrows away, toying at irrational fears when you lie awake at night.

Ade thinks there's nothing quite like a good game and a snug headcrab. He grew up with HIDEO KOJIMA's Metal Gear Solid, lives for RPGs, and is waiting for light guns to make their comeback.
Previous post 30 Years of Legend of Zelda: The Evolution of Link
Next post Review – Farpoint is the PlayStation VR killer game we have been waiting for