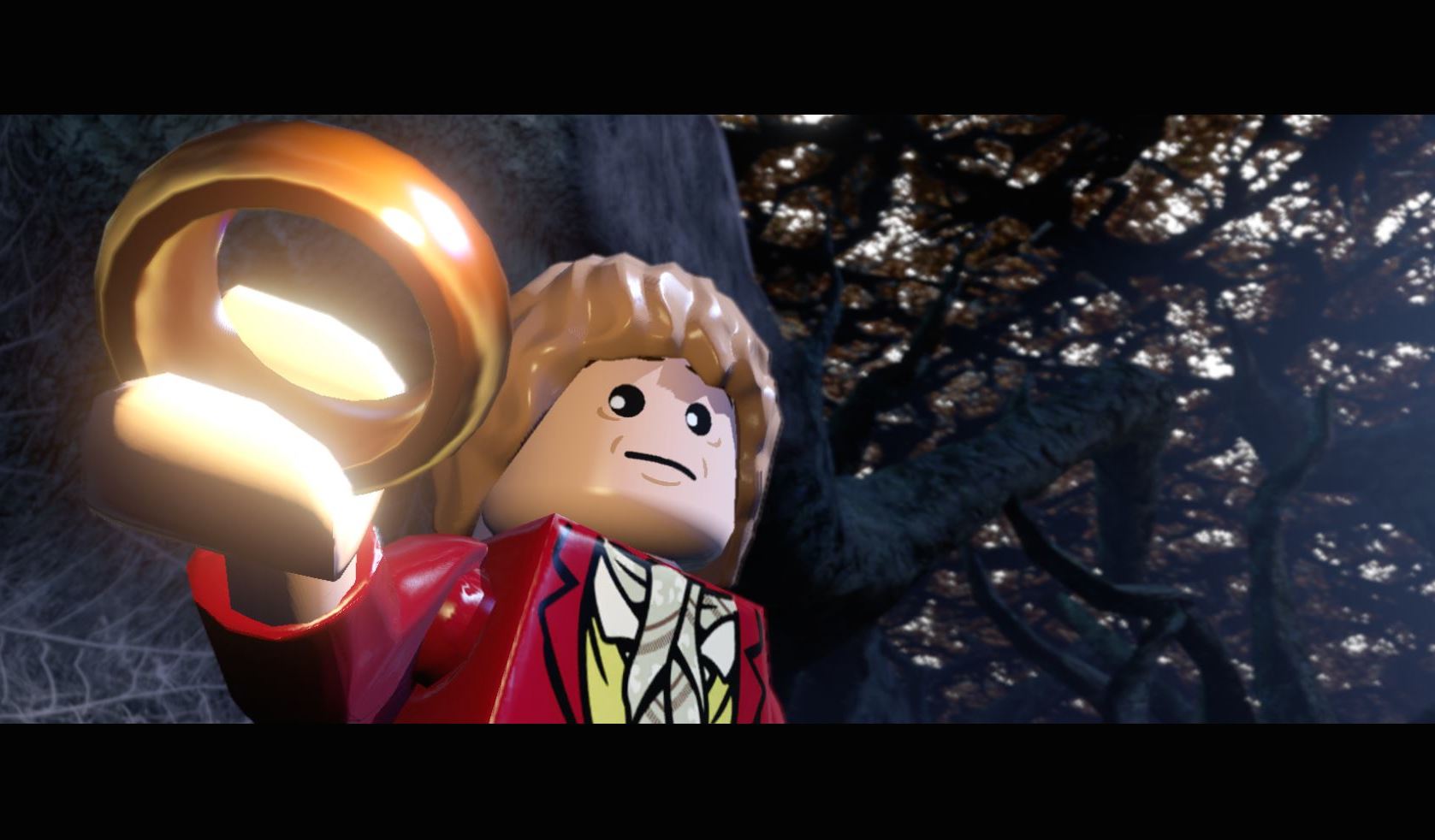 With the many franchises under its belt, LEGO has a commanding lead over mixing in the fun of building with and destroying things made out of LEGO bricks with the likes of the Avengers, Star Wars and Batman. The Hobbit appears to be treated no differently, which might be the fallacy or the “don’t change what isn’t broken” attitude with all the games under the LEGO franchise. LEGO The Hobbit drops some of the bits and most of the seriousness from J. R. R. Tolkien’s story-turned-Peter-Jackson movie and puts it into a light-hearted, family-friendly LEGO form. You will travel with the likes of Bilbo Baggins and Gandalf on their quest to help the dwarves reclaim Erebor. Most of what you’ve seen in the first two movies will be replayed in the game, which will leave you with a taste of dissatisfaction because the third movie isn’t covered in the game since the trilogy isn’t complete yet.

You will travel across Middle Earth, from the LEGO versions of The Shire, to the Elven land of Rivendell and the lake-town of Esgaroth, all lovingly recreated to be as pretty as far as a bunch of LEGO bricks can bring you. Hopefully, all of that, and the voices of the actual cast, will help distract you from how cumbersome and repetitive your actual quest will be. Unless given a specific path to follow, the general idea of each level is to start smashing everything where you are until you reveal the key of bunch of buildable bricks that opens the next path. It was pretty satisfying to be welcomed into Bilbo’s hollow and to smash up everything from his shelves to his tables and chairs like a mighty dwarf in an anger management program, but to do it again and again will be something players need to look forward to for each and every level. This, is if they ever want to complete the game properly and attain the title of Master Burglar (or hoarder of all the LEGO studs you can find) in the level. Smashing things also give you the loot you need in the form of building materials, such as wood, rope, chicken legs, fish, silver and rubies, the latter two of which, need to be mined for as minerals.

When you’re not smashing things or running around, the game throws puzzles at you. These take the form of a building minigame where you use your amassed loot to build something to progress the level. If you do’t have the required loot, you’re then forced to go around the game world smashing everything for materials, or trade loot for them, only except traders are sparkly located and may not have what you want all the time. Other obstacles in the game can be overcome through the use of the myriad of characters you have. Some of the dwarves carry staffs for others to reach higher places, have hammers to knock a giant statue out of the way, wield bow and arrows to shoot targets, as well as to dig up or mine objects on the ground. It can be frustrating when switching across characters, since hitting the Y button doesn’t necessarily cycle around the bunch of characters at your command. I found myself switching from Bilbo to Gandalf then to Bilbo and then to Dwalin, when who I really needed was Thorin. Holding the Y button draws up the character wheel, but unless you really know your LEGO-lised Hobbit characters at the back of your head, you will confuse one character with another if you don’t remember who is the short bloke with the flail.

There is a lot of ground to cover in LEGO The Hobbit with plenty to collect, as with all franchises in the LEGO universe. Minikits, silver bricks, red bricks, blacksmith crafting sheets and all 108 playable characters, whom you’ll be able to use in Free Play mode, like the elf characters, Legolas and Tauriel, who have a better jumping ability or the goblins who can climb special vertical walls. So when you have something out of your reach during your quest in Story mode, you’ll just have to come back to it later. It’s a little tedious, yes, but surely you’re playing a LEGO game to unlock everything? With a good hold on the story and a general bit of good fun, LEGO The Hobbit is delightful enough to garner a playthrough for a few hours. Use it to distract the children or go at it with them through split-screen co-op. If you’re looking for something that isn’t family-oriented, you won’t get much of a kick out of this game.

LEGO THE HOBBIT (X360)
THE VERDICT: CONSIDER IT

LEGO The Hobbit is a Traveller’s Tales game for Warner Bros. Interactive on Xbox 360, as well as on other consoles and portables.