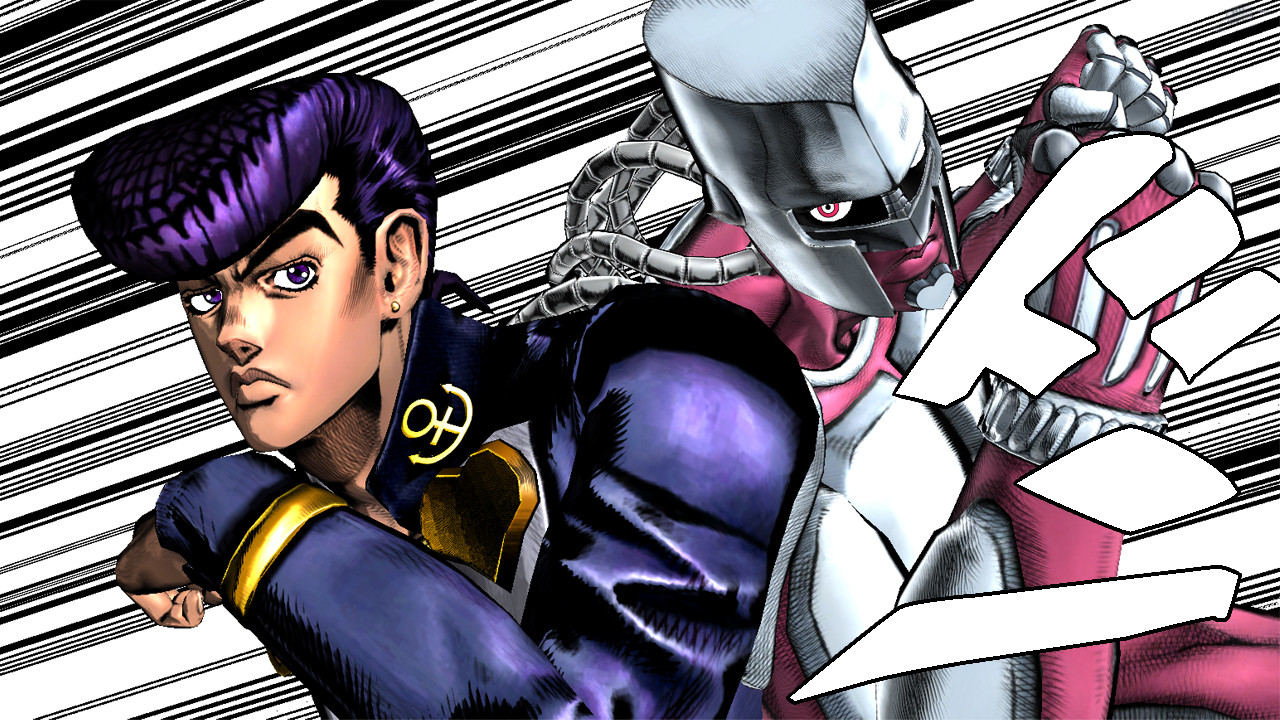 The gripping feel of a shonen manga hits you on your way in. You take the controller about to bust this guy’s face in. But then, you ask, who is JoJo? And what’s the bizarre adventure?

I never knew of the manga franchise that is JoJo’s Bizarre Adventure, and I’m sure there are some of you who haven’t heard about it either. Would that affect how you play the game? It definitely will. Then again, it isn’t CyberConnect2’s job to tell you the full story, because it simply doesn’t do so.

Scouring the web to find answers, the gist of “JoJo” is this. There isn’t one JoJo. There are several. They’re all called JoJo. Like Jonathan Joestar or Giorno Giovanna, all of whom are descendants of Jonathan Joestar as the story spans across several generations, who are out to fight against one Dio Brando and his followers.

The range of genres and characters it has is enough to throw off those of you not in the know. As was the case with me. Nonetheless, fans of the franchise will appreciate the fact that CyberConnect2 has put the loving hands from the Naruto games into JoJo, offering up the all eight arcs of the storyline and scenes from Hirohiko Araki’s long-running manga in playable beat-‘em-up form down to every last detail, and you don’t really need the story to appreciate that.

JoJo backstory and lore aside, the game plays like any other game. There are control options that range from mindless button mashing to ones that recommend the use of an actual arcade stick to pull off mad combos you know you called for yourself. Other staples like a crazy multi-hit move or the ultimate move are also there, and guard breaks or the taunting moves that robs your opponent of some power. There are also objects and elements that can affect fights, because no one really wants a chandelier to fall on your head.

Each of the game’s 32 characters fight in various styles, like draining your opponent’s health through vampirism or calling in a Stand (like a separate entity) that fights alongside you and even with horseback riding. There are characters who can even pull out a healthy copy of themselves or speed up the fight timer. Despite this, you’ll find some of the characters a challenge to use, especially if they’re totally useless in fights.

Gameplay revolves around the Story Mode, or the other modes around it. The former is basically you following through the story and trying to make sense out of all eight arcs with mission-based fights, usually involving the use of ???? and defeating so-and-so within a certain time, which then unlocks the next part of the story. If you do make it out alive, you’ll find that you’ll be able to play the same match again, but as your opponent instead.

I can tell you of all this but still remain clueless of what JoJo’s Bizarre Adventure is all about. You certainly need to be a fan of JoJo to explicitly enjoy everything the game has to offer, like how the character voices and locales are presented in CyberConnect2’s work on the Naruto franchise, or you’ll wonder why this game scored a Famitsu 40/40 in Japan. If you really want to know what the franchise is about, then a $70 game won’t do it. That’s not where you should start. Go find the manga, then come back.

JOJO'S BIZARRE ADVENTURE (PS3)
THE VERDICT: FOR THE FANS

JoJo’s Bizarre Adventure is a CyberConnect2 game for Namco Bandai Games on the PlayStation 3.