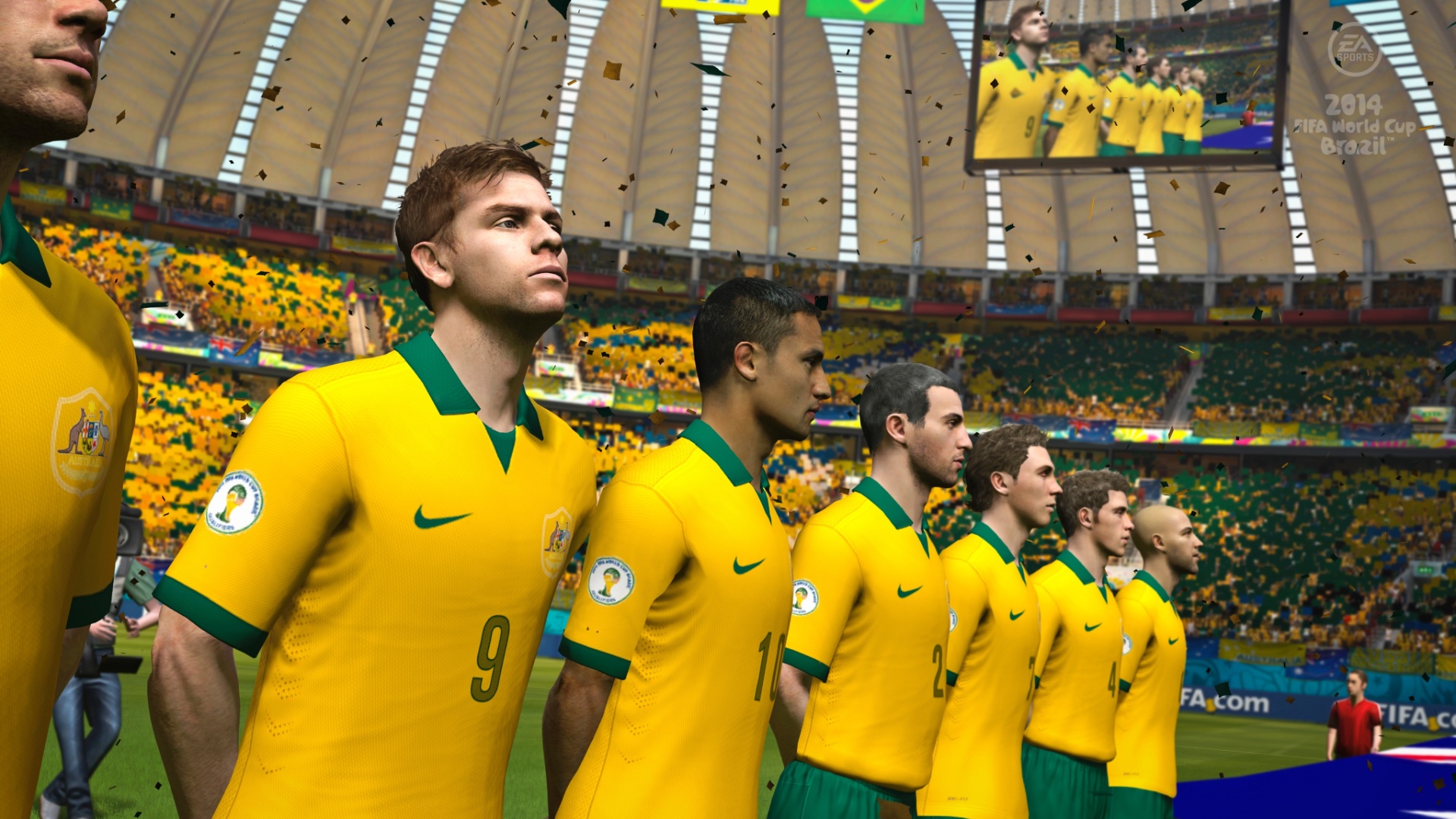 2014 FIFA World Cup Brazil is your regular videogame tie-in to one of the biggest shows of sportmanship that comes by every four years. That’s right. The World Cup is upon us once again where crowds will throng in the streets of Brazil come June. For those who would rather stay at home and fiddle your thumbsticks, EA has this game for you.

You can help fuel the (pipe) dream of your favourite country as over 200 nations are available in the roster, including our home boys from Singapore. No clubs, of course, just the ones that represent the different continental factions like CONMEBOL and UEFA. Take “Road to the FIFA World Cup” for a spin and force your national colours into the qualification rounds of the World Cup and onto the finals.

However, with the Xbox 360 version sticking to the previous version of the game engine, the Impact engine, next-generation console owners may find it took a step back after sitting pretty with FIFA 14 for a bit, although you likely won’t see any stark difference if you’ve stayed true to your Xbox 360. This turns the game a little off on the cosmetics and some general lacking in AI. This also turns off looks and animation of the player models, but that should not bother you too much if all you focus on are the little men you see running around on your screen.

Throw yourself onto the pitch and lose yourself in the faithful recreations of the 12 stadiums of World Cup Brazil, along with all the fans, both in and out of the stadium watching from big screens, and the managers of the qualifying teams, who the game will cut to for added effect in case you want to look at your adoring fans and the angry managers in defeat. These little aesthetic gimmicks makes you feel part of the World Cup experience.

There are other modes such as Captain Your Country, where you start off as a runt in the league, be it a player-customised nobody or an existing soccer player, and try to rise the ranks of the team and make captain, eventually sweeping up the glory for your team and country in the World Cup finals.

Online multiplayer portions of the game take on the form of Online World Cup, where you prove your skills against real players and “Road to Rio De Janerio”, where you beat your opposing team and advance through all 12 stadiums in Brazil.

All of this is coming from possibly the most unqualified person to review a soccer videogame of this caliber. As a writer with very little experience in playing the game of soccer (I would rather sit in the sidelines and manage a virtual team like any good real-time strategist), I could say that FIFA World Cup Brazil 2014 is accessible enough for such a player like me. The controls are something you can pick up and go with eventually and after a few bits of faltering, you’ll be knee-deep in the World Cup spirit.

If you have FIFA 14 on your PlayStation 4 (or Xbox One for the lucky few of you), you could stick with it for fear of disgust with previous generation graphics and performance, but if you need something to quell the World Cup fire in you, or you want a splash of gold and green with the incessant playing of Pitbull’s “We Are One” on the in-game menus, you might have to dust off your neglected console for it.

FIFA World Cup Brazil 2014 is a EA Canada Game for EA Sports on the Xbox 360 as well as the PlayStation 3.