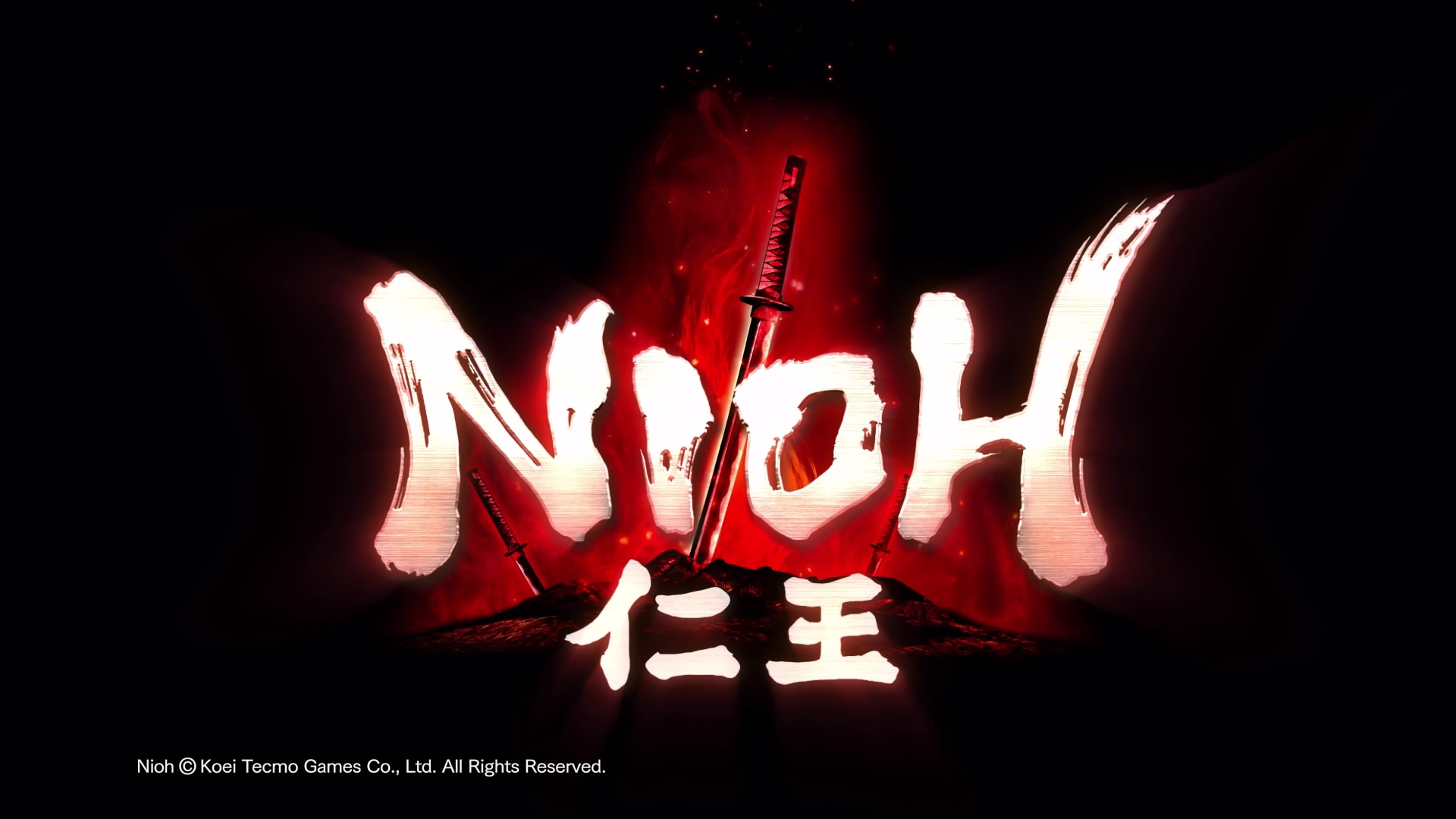 Nioh and I first met during the Alpha in May 2016, my eyes seduced by the idea of an Onimusha spiritual successor. That fleeting encounter left me with the impression that this was, instead, the “Samurai counterpart to Ninja Gaiden.”

It turns out that neither of those comparisons is completely true because Nioh cherry-picks the best features from various titles and fuses them into a cohesive whole. This is a game that positively consumes you, whether it’s in pursuit of higher personal skill, better equipment, or a growing vendetta for certain bosses.

There’s little doubt that Nioh stands beside Bloodborne as the PlayStation 4 exclusives to get.

A world split into two

Nioh takes place in the 1600s, during the final moments of Japan’s Sengoku period. The war-torn country is on the verge of knowing peace, hinging on a campaign between Ishida Mitsunari and Tokugawa Ieyasu. In Team Ninja’s fictional take, the seemingly endless fighting and suffering have opened the floodgates for yokai – monsters, spirits, and demons – to spill into the human world. That’s where our hero, the Western samurai William Adams, comes in.

William’s journey begins in London, a privateer imprisoned for serving his country. We briefly learn about the magical Amrita and how it’s been used in the naval war against Spain, and it is this very knowledge that hands him the death warrant. He makes his escape with the help of Saoirse, a Guardian Spirit he’s known since childhood, only to see her captured at the last minute by the alchemist Albert Wesker Edward Kelley. The latter then sails for Japan, abusing Saoirse’s abilities at finding Amrita, thus forcing William to give chase.

To tie those two threads together, Kelley uses Mitsunari’s forces to ensure that war rages on; meanwhile, William’s yokai-slaying exploits have caught the attention of Hattori Hanzo and his master, Ieyasu. We’re then treated to a blend of fact and fiction as the two sides clash, visiting historic sites such as Honnō-ji, Fushimi Castle, and even Sekigahara itself. It’s a mixed bag. On the one hand, the Sengoku content is great, depicting characters and events in a fashion that’s less comical than Samurai Warriors or Sengoku Basara (for the record, William and Kelley are based on actual persons too). Where Dark Souls is haunting in its dilapidation, Nioh is outright depressing with its brutality. Enemies pick at the corpses of the innocent, the victim’s last moments occasionally captured in sound – fear, panic, anger, sorrow; you’ll hear it all. They litter burned-out villages, destroyed temples, and the various battlefields across “the land of gold”, a grim reminder of the terrifying violence that gripped the country.

Yet the narrative is weighed down by the incredibly campy Kelley, who couldn’t look or act more villainous even if he tried. It’s not that he “ruins my Japanese immersion” but the sense that he adds completely nothing worthwhile to the story; Kelley’s motivations and methods are yawn-inducing and, honestly, the game could have simply started with William washing ashore, fighting to survive. The link between yokai and ever-present war, as well as Ieyasu’s march for peace, were all the story elements Nioh needed.

That said, I do enjoy  the beautiful animation scenes and the Guardian Spirits, their bright presence contrasting with the bleak environments. Every major character has one, ranging from badass tigers and dragons to adorable rabbits and Shiba Inu pups – affectionately referred to as “Niohpets” among fans. Team Ninja did an excellent job with the voice work too, opting for an international cast. I should also point out that there’s a catalog of all the characters and enemies you meet, providing background information not directly told in the course of gameplay. Zen and sword are one

Similarities to the Dark Souls franchise are clear, from aspects of its user interface and equipment lore to meatier decisions such as a stamina bar, weight ratings, and enemy-respawning checkpoints. You could play the entirety of Nioh the way you would a Souls title, except doing so is like playing Street Fighter without combos – why would you want to?

The key to every combat encounter in Nioh is the Ki Pulse, a timed trigger that replenishes stamina, or Ki, you just expended. A perfect Ki Pulse instantly fills the spent portion, with early unlocks temporarily boosting your attack power as well. Initially, you’ll be staring at the stamina meter to get the timing right, before learning to take visual cues and, finally, going by muscle memory alone.

It may sound like artificial difficulty but Team Ninja have put plenty of thought into the system. The Ki Pulse is used to purify yokai realms – corrupted zones that hampers your Ki regeneration while boosting the enemy’s – as well as a means of chaining advanced maneuvers. With the right skill point investments, the Ki Pulse will be integral to dodging, changing stances, or swapping weapons mid-combo, all the while keeping stamina in supply.

Don’t worry if that sounds complicated. As I said, Nioh shines at presenting alternative solutions to challenges, and one of it has to do with a time-tested method: loot. Acquiring better gear is instrumental in toeing the line between life and death, which is where the game diverges from Dark Souls and looks to Diablo instead.

There are neat ideas here, such as the Familiarity bonus one gets for using the same weapon or armour over time, boosting damage and other modifiers. Players farming gear via the Revenant system – where you summon AI controlled specters of other dead players – is also a boon when stuck at difficult content.

After the first few hours, however, I found myself spending increasingly more time in the menus sorting, dismantling, or selling junk in-between missions. By the third region, I was sorely wishing for a ‘Sort By Name’ feature to navigate the mess of an inventory. It would have been amazing if new weapons are tied to the story, similar to the Amrita memories on corpses, but there’s simply too much random junk scattered around.

More pertinent are problems currently surrounding set armour. Nioh is home to various sets for different play styles but, chances are, anyone playing in the mid-game onward will only be seeing two in particular, with one prevailing in the higher difficulty. It boils down to accessibility and, unsurprisingly, how good the set bonuses are – given the significance of gear in this game, it felt like I was unnecessarily handicapping myself whenever I equipped generic armor instead.

Way of the warrior

Equipment aside there’s also Living Weapon, providing a surge in power and survivability. It imbues your weapon with your Guardian Spirit and utilizes its own elemental effect and health meter. In other words, activating the Living Weapon when you’re knocking on death’s door may swing things in your favor. It isn’t a magical win button per se, as reading enemy movement is key to victory, but it grants a fighting chance when there may be none.

Unlike Onimusha or Devil May Cry, the character attribute system lets players create entire builds focused on the Living Weapon mechanic. Pairing it with the right combination of Spirit, Ninjutsu skills, and Onmyo spells greatly extend its duration and strength, even to the point of lasting an entire mission (provided it’s a rushed, repeat playthrough).

That doesn’t have to be your route, of course. The beauty of Nioh is in experimentation, supported by cheap Book of Reincarnations that reset stats and abilities. While the game is best played as an all-rounded warrior on the first try – hit 20 on both Dexterity and Magic to try all options – there’s nothing stopping you from being an armoury-packing ninja or talisman-covered mage. Blade work is still essential, just that your approaches are vastly different.

That experimentation extends to weapons as well, be it swords, spears, axes, or the ever-popular kusarigama, a blade-and-sickle hybrid associated with ninjas. Each weapon class is its own journey of discovery, providing various techniques that synergize with the multiple stance systems. The takeaway here is that you’re constantly learning and trying out new things, even when you’re done with the campaign and knee-deep in New Game Plus. When all else fails, one can always summon help from an online stranger. My experience as both a summoner and visitor has been smooth so far, with only one late-evening session resulting in some rubber banding. Being able to parry humanoids as a visitor was more than enough to satisfy me, although the true test to its netcode will be when PvP – of which we know nothing – launches in April this year.

Interestingly, Team Ninja have put the Sengoku setting to good use by offering a clan system, each bestowing unique passive bonuses. Depending on the clan, you’re lumped into either Ieyasu’s or Mitsunari’s camp, and defeating Revenants wins Glory for your side. You can then trade these points for consumables, skins, and gestures, or gamble (a loot RPG staple) for equipment. It isn’t an involved system by any means, and you could ignore it for a while, though come New Game Plus you’ll probably want to pay attention. It’s decent fun, imparting some role-playing to the Revenant system. Hopefully, we’ll see it further developed for PvP.

Future content is going to be crucial to the community as the base game, spectacular as it is, suffers from a lack of enemy variety. The demons that once inspired terror eventually turn into routine, tension replaced by carelessness. Arguably the limited pool of enemies could make sense considering the story, but there are hundreds of yokai for them to pull inspiration from. Their first announced DLC, starring Date Masamune, is certainly something to look forward to, both for its contents and as an indicator of the game’s future. Nioh may be overwhelming for someone not already familiar with Soulsborne trends, considering the mass of menus and text underneath what is already a deeply technical game. Team Ninja seems to be aware of this but, in my opinion, overcompensated with their clunky dojo tutorials. At least they have tool tips for pretty much everything, though they can be vague at times.

Nonetheless, I implore anyone with a hint of interest in action games to stick through the learning process, because Nioh is absolutely fantastic if you embrace it. So much so that I feel spoiled now, and dearly hope that the upcoming NieR: Automata by PlatinumGames – superstars of the action genre – can compete in terms of combat satisfaction.

The first region alone is bound to impress, particularly with its bosses, and especially with the Nioh rite of passage: Tachibana Muneshige. Now that’s a samurai duel to remember. Ade thinks there's nothing quite like a good game and a snug headcrab. He grew up with HIDEO KOJIMA's Metal Gear Solid, lives for RPGs, and is waiting for light guns to make their comeback.
Previous post Razer Ornata Chroma Gaming Keyboard Review
Next post AMD Ryzen 7 processors: Launch details inside!