Hands-On with Beyond: Two Souls 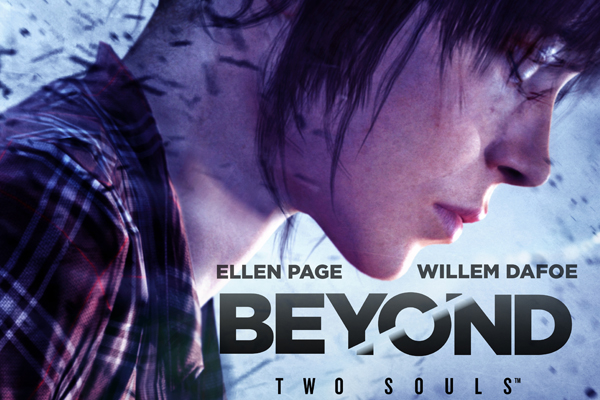 Exhausted after an escape atop a speeding train; injured from a series of unarmed combat; cornered with nothing but a pair of doors keeping her safe. It’s a dire situation and Jodie knows it, screaming for me to do something. Her desperation compels me to act, though I’m just as lost as she is. For all my ability to pass through walls, flip vehicles and possess bodies, I am powerless. It’s a scripted event of course, but in that one blur of a moment I was there, trapped in a town swarming with police.

Games by Quantic Dream tend to be a different beast than other major releases. While they all share a love for cinematic flourish, it’s the greater narrative focus at the expense of gameplay that has earned director David Cage his share of admirers and detractors. In fact, calling them “interactive storytelling” is far more apt than “game”. Beyond: Two Souls is no different in that regard, and in it players will go on a journey spanning fifteen years of Jodie Holmes’ life in “chronological disorder” (think Christoper Nolan’s excellent film, Memento).

The Singapore preview we were invited to showcased two different levels. The first is the now-familiar scene where young Jodie is going through a psychic test in Nathan’s (Willem Dafoe) lab. There’s not much to say here, other than it serving two purposes: teaching players how to control Aiden, the mysterious entity tethered to Jodie, as well as showing that the two aren’t exactly on the best of terms. This strained relationship that Jodie and Aiden share is undoubtedly one of the key plot points of the narrative, so expect to see it explored often.

The second scene is far more interesting from a preview standpoint. Now, Beyond has multiple endings – 23 in total, we were told – but what it does not have is a game over screen. Instead the game will fluidly continue along a separate branch, which can be several layers deep, before nudging you in the direction of the next story checkpoint.

This particular scene begins on a train. Almost immediately you get the option of waking Jodie up to flee from security guards or allow her to get detained (she’s a fugitive at this point in time). Whether there’s a chase scene or her entering custody, she’ll ultimately be presented with the chance of using a roof access hatch to make her escape.

On the rooftop Jodie will have to fend off a group of security, using an updated quick-time event (QTE) system that eschews the use of flashing button prompts. If a punch is coming in from the left (player’s perspective), all the player has to do is to tilt the analog stick left to react accordingly. Being too slow or getting the direction wrong will flash the screen red, causing Jodie to reel back from the hit. What happens next will be determined if you succeed or fail too many times, but you’ll never run into a game over screen forcing you to replay that segment.

Hence the controls will take some getting used to, particularly flying around as Aiden. Otherwise, Quantic Dream has gone to great lengths to keep the journey simple and unobtrusive to allow even non-gamers to participate. There’s barely any user interface to speak of, with only subtle white dots signifying interactive objects. This minimalist approach caused a few awkward moments where I couldn’t distinguish between cut scene and game segment, but that does attest to the engine it’s running on. The fact that it manages to look impressive and render everything in real-time is just a teaser of what next-gen is possible of once it rolls into our living rooms.

Beyond: Two Souls seems to hit all the taboos of gaming today: linear, full of cut scenes and abundant with QTEs. Under ordinary circumstances, those are perfectly valid complaints; after all, games that spend too much time taking control away from the player have their priorities a little misplaced. But Beyond’s scope lies elsewhere, which sort of exempts it from these guidelines. What we have here is an interactive experience where story is king, and where that story is driven by the player. Thinking about it, choice and consequence is represented better in a game like this because of their freedom to focus on script – it happens to be over 2,000 pages long.

Now it’s just a matter of seeing whether the story will payoff in the end. Juggling a project this huge gave rise to a few narrative problems with Quantic Dream’s previous game, Heavy Rain, so maybe this time it’ll turn out better.

This won’t be for everyone, just as how Steve Jackson and Ian Livingstone’s Fighting Fantasy game books weren’t for everyone. With that said, newcomers to the “David Cage experience” shouldn’t shy away from picking this up – this will be unlike anything you’ve played before. In fact this would be a great indoor option of spending time with a friend, family member or significant other, thanks to the inclusion of second controller support for Aiden’s sections. The preview we had didn’t support this feature, but we do know that Android and iOS devices can be used in lieu of a DualShock 3 controller.

Beyond: Two Souls launches on 8 October solely for the PlayStation 3. Pre-order details and pricing can be found here.

Ade thinks there's nothing quite like a good game and a snug headcrab. He grew up with HIDEO KOJIMA's Metal Gear Solid, lives for RPGs, and is waiting for light guns to make their comeback.
Previous post Here’s A VR Control System That Lets You Punch Sunflowers
Next post Tokyo Game Show 2013: Yakuza Ishin Gets a Gameplay Trailer