Home / Breaking News / Review – Bloodstained: Ritual of the Night, a night to remember

Review – Bloodstained: Ritual of the Night, a night to remember 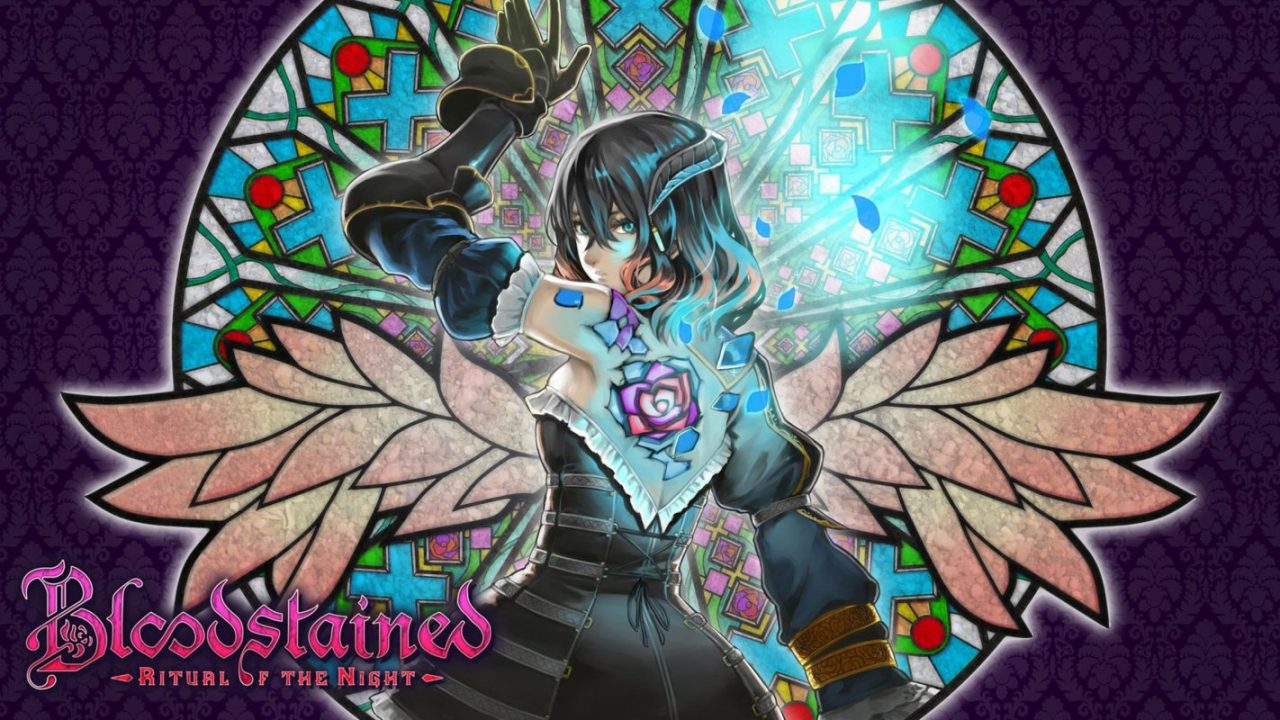 I jest. There is a lot more going on but first, let us talk about the brief history of Bloodstained. Koji Igarashi, developer of Bloodstained as well as SoTN and many other titles, left Konami in 2014 before pitching Bloodstained on Kickstarter the next year. Bloodstained would be the spiritual successor to the old Castlevanias like SoTN, and was fully backed within hours. The Kickstarter ended with US$5.5 million for Iga and was the most successful Kickstarter of its time.

The idea of Bloodstained is simple. You are Miriam, a subject of experiments by the Alchemist Guild that caused crystalized demons to form on the body of the subjects. As one would expect, dabbling with demons never ends well as the experiments resulted in a demonic invasion. Ten years later, Miriam awakes to a world once again beset by demons, thanks to a castle that appeared out of nowhere. Miriam learns that her old friend Gebel was behind the appearance of this castle, and so she sets out on a quest: to discover why Gebel has enacted this ritual, and to put a stop to it. 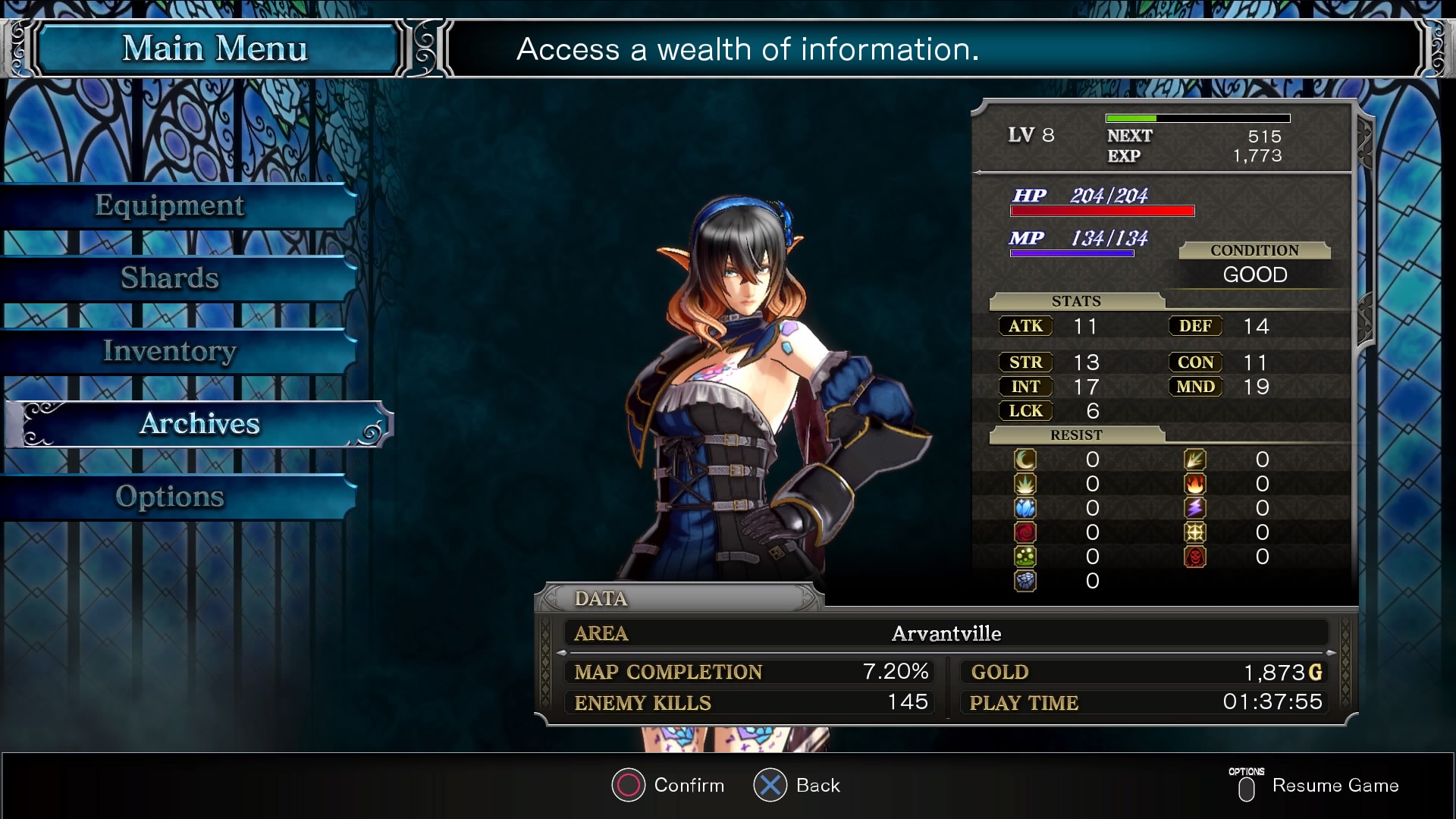 The plot itself is a fairly simple one of betrayal, loss and redemption. It’s fitting for such a gothic setting, and is perhaps the weakest part of Bloodstained. The characters, like the story, are merely set-pieces and get minimal characterization apart from the few main characters. The story of the world itself is explored through books that are scattered throughout the castle. While some of them teach you new techniques for certain weapons, some of the books detail the history of the experiments that first brought demons into the world. While the story is rather uninspired, it does what it needs to do well. 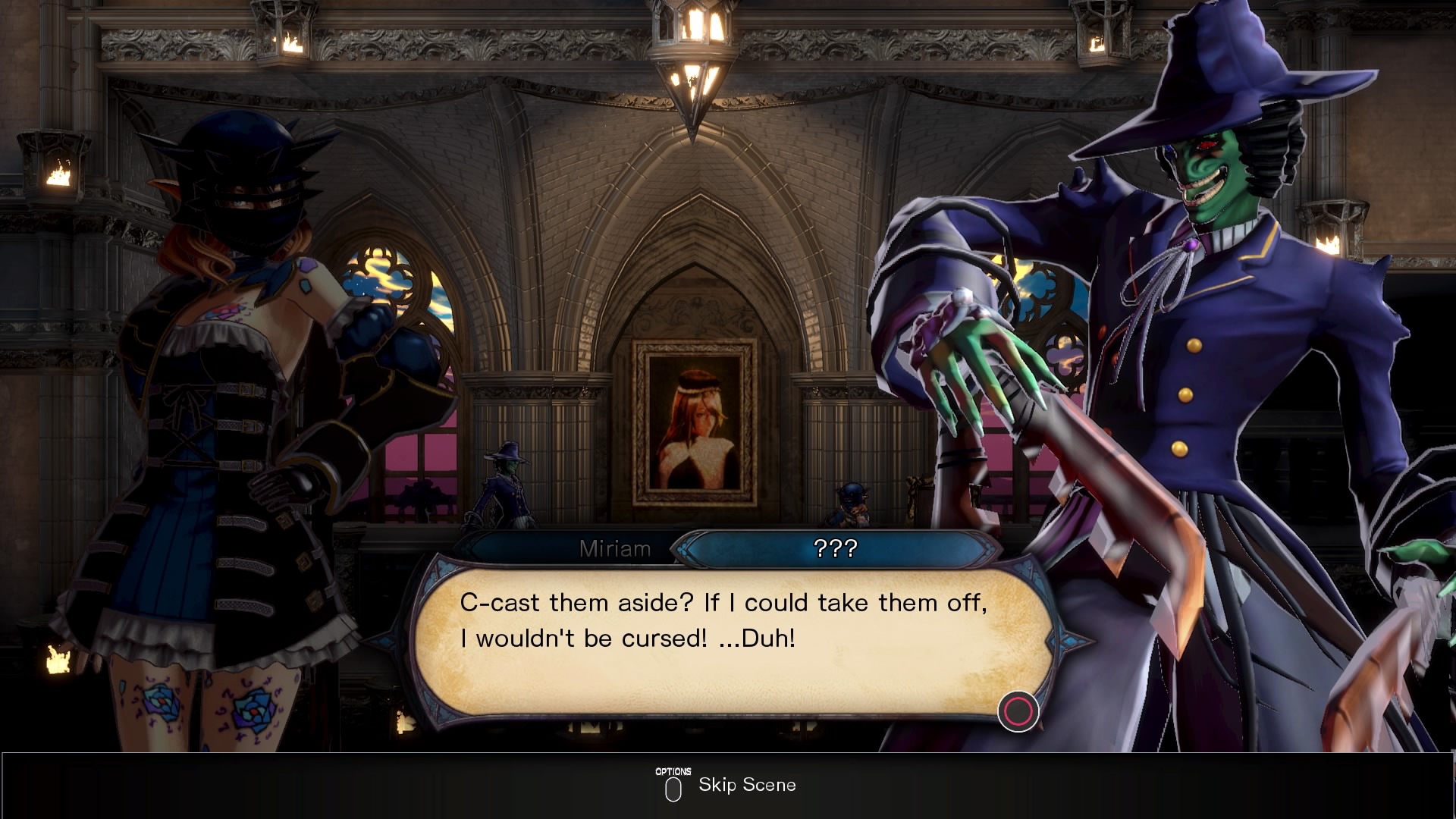 The gameplay is where Bloodstained really shines or stagnates depending on your point of view. Bloodstained bears its SoTN heritage proudly, and anyone who has played it will immediately find the game familiar — it’s almost a copy at times. The controls are simple but the variety of weapons and shards will quickly change up the way you play. The greatsword, for example, is a slow and hard-hitting weapon that hits in a forward arc. Timing becomes more important as you try to land a hit before getting hurt yourself. One neat little feature of the greatsword is that it also clips the back during your attack animation, meaning you actually hit enemies behind you if they are too close.

The whip, on the other hand, is slightly faster but attacks in a radius around Miriam, slightly negating the need for proper directional facing. The katana is fast and damaging but is limited to a forward side slash that only hits in a narrow arc. This array of attacks is further expanded with weapon techniques that require some input to activate, but unleash special attacks in patterns that are normally not available in the game. 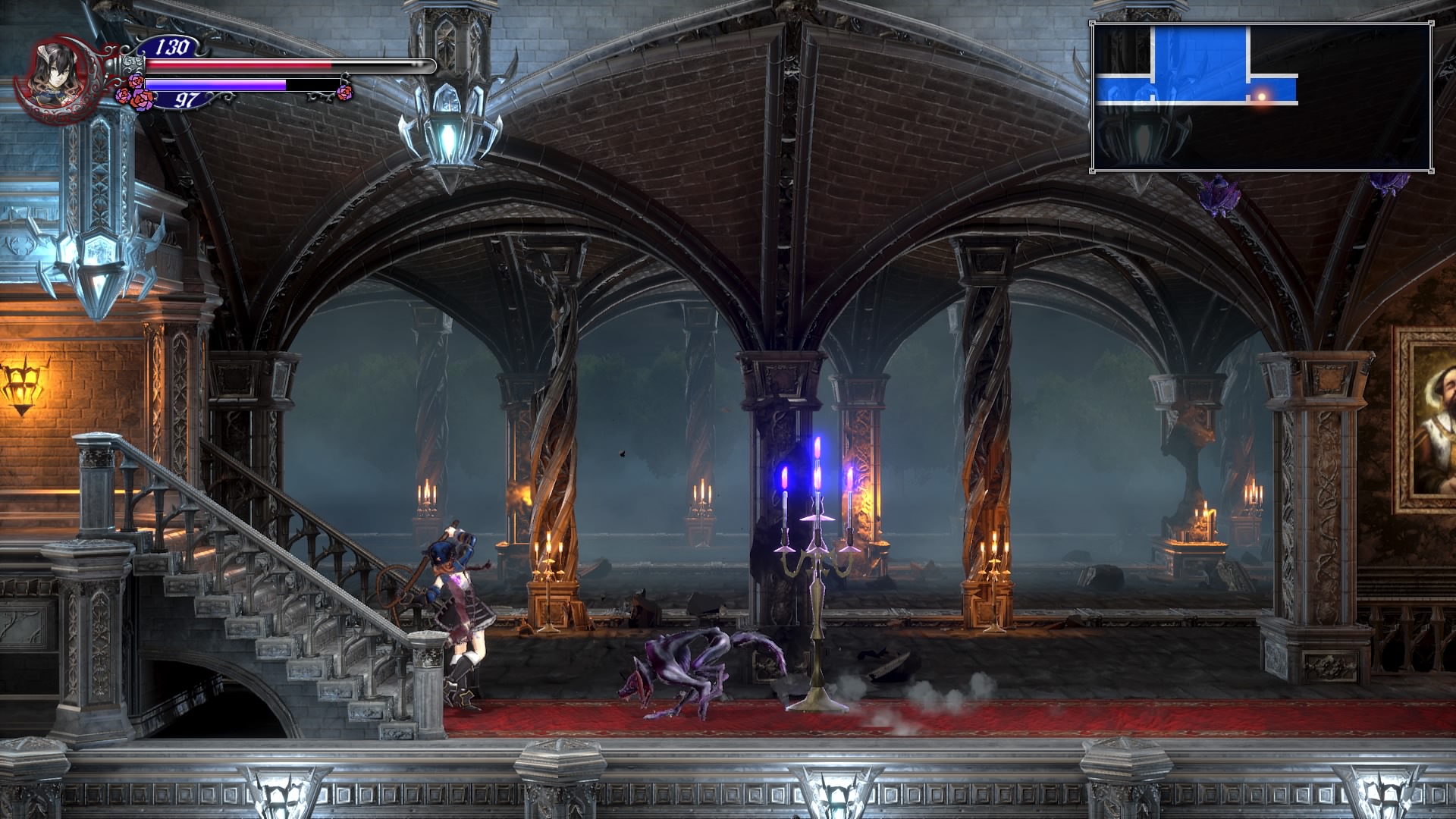 Each enemy becomes a mini-puzzle as you figure out the best way to kill them. Every weapon works best in certain situations, that is until you find one you are most comfortable with. The same can be said for shards, Bloodstained‘s magic system. Enemies have a chance of becoming a shard when they are slain, and these shards come in Conjure, Manipulative, Directional, Passive, Familiar and Skill varieties. 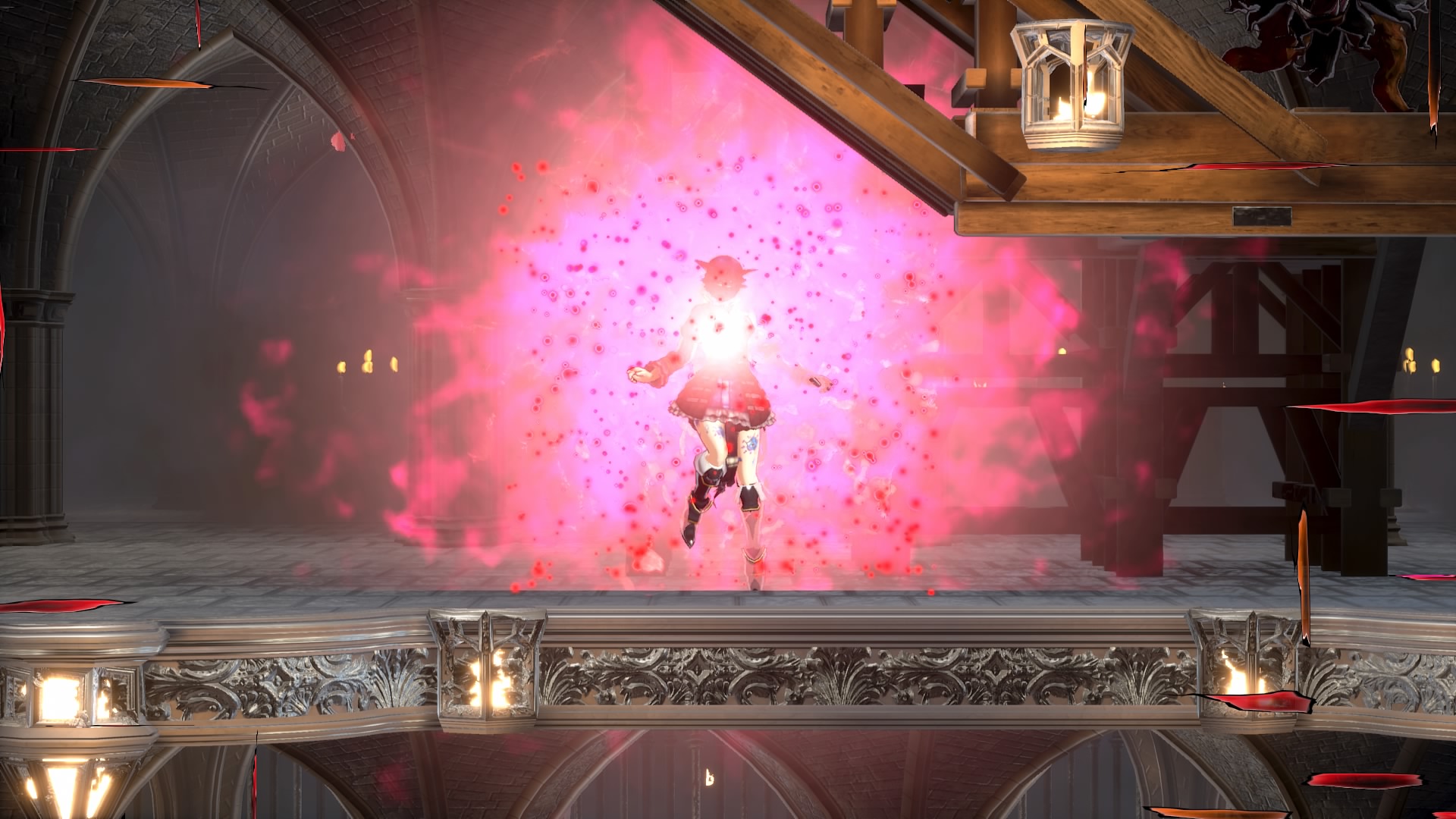 Conjure shards are one-shot attacks that are usually fired in a fixed direction or a centered on Miriam. Manipulative shards are utility abilities that can range from a giant hand that moves objects to active healing. Directional shards are attacks, like shooting a laser beam from the hands, that can be held down or aimed in any direction regardless of Miriam’s facing. Passive shards provide bonuses that turn permanent once they are fully ranked up. Familiar shards are pretty self-explanatory, summoning a particular familiar that acts as a support. Finally, Skill shards that provide helpful abilities such as double jump. 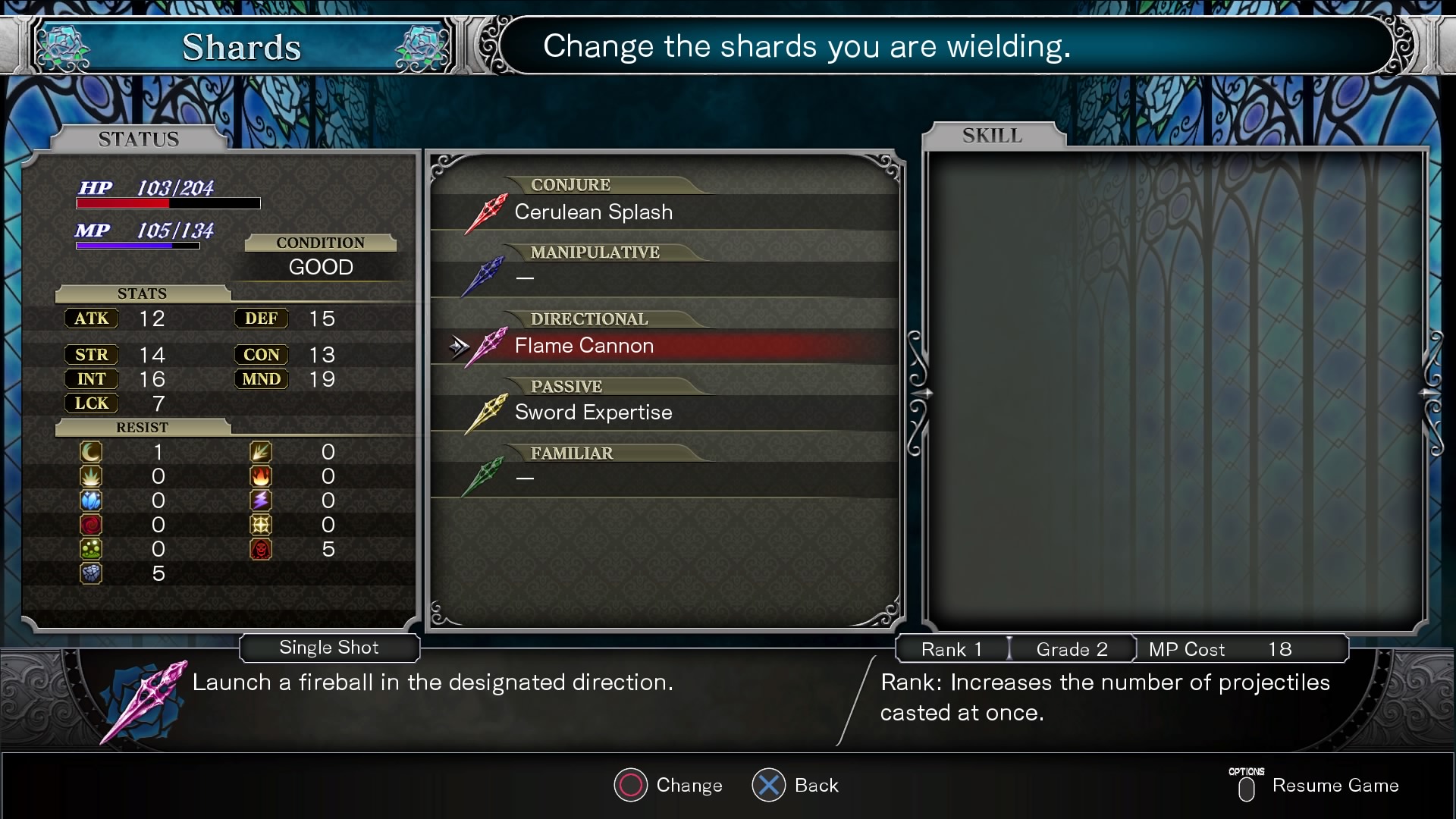 The amount of shards available is mind boggling and begs experimentation. Part of the fun is trying out what works and checking out the new toys you get as your progress through the game. Fans of Aria of Sorrows will definitely be familiar with this system.

Not everything is a rehash of old games though. Bloodstained introduces crafting for food items that heal Miriam (a throwback to the healing food items from old Castlevania). In fact, players are encouraged to craft and eat new recipes because they provide a permanent bonus to Miriam’s stats. You also can craft weapons, and most of the endgame weapons must be crafted. There is a lot to do in Bloodstained and it does require some amount of grinding, but the game loop is often enjoyable and discovering new enemies and abilities are always a treat. 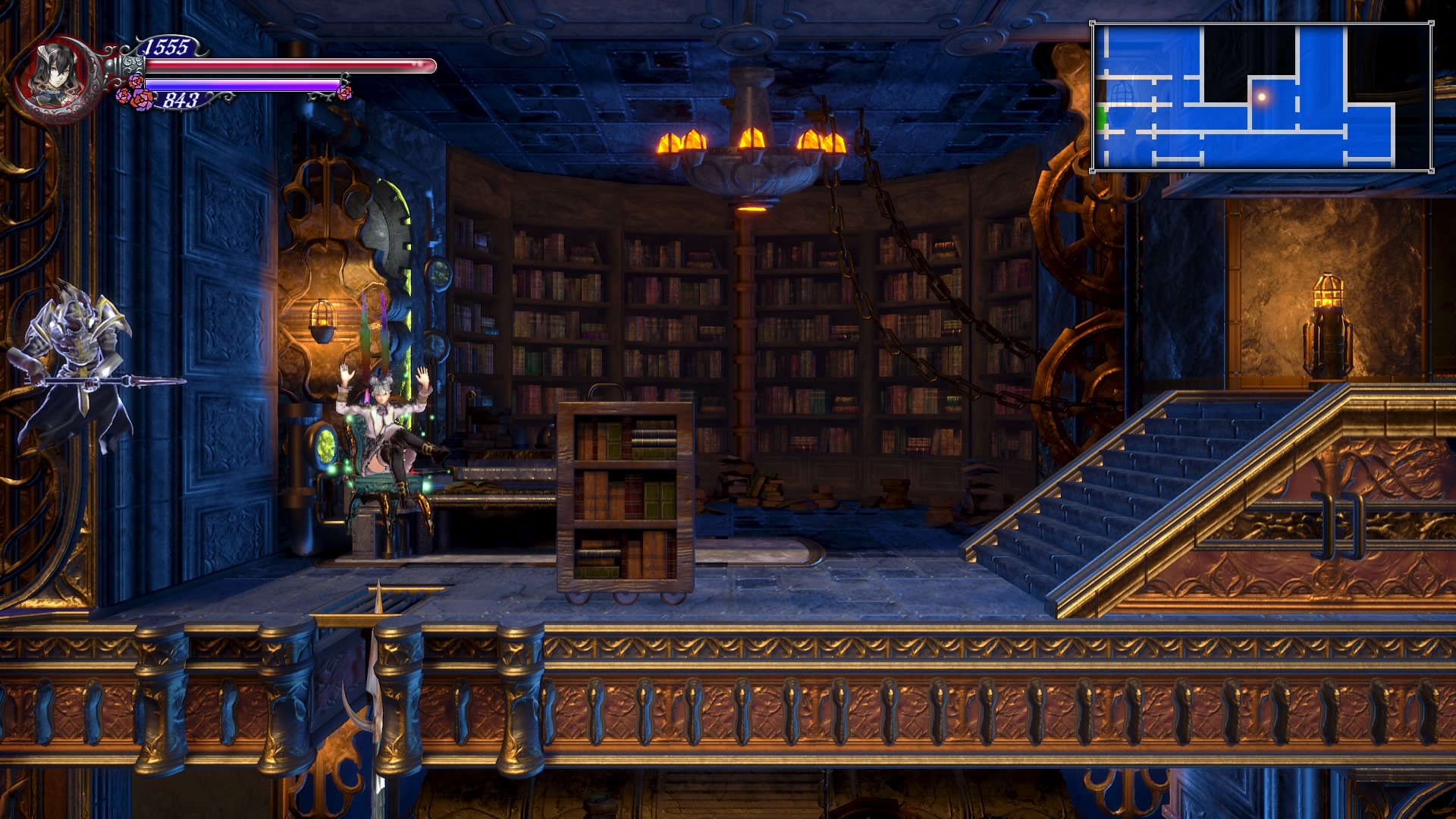 That said, the game does suffer from performance issues as of publication. My PS4 Slim experiences framerate drops now and then, but they were sparse enough to not be much of an issue.

The music however is amazing with its gothic trappings, and it complements the aesthetics of the game. Speaking of aesthetics, Bloodstained has an assortment of levels that range from gloomy to gaudy. The 2.5D approach makes for some spectacular scenes, namely the ‘Tower of Twin Dragons’. This approach also made for some interesting enemy designs, with giant cats with horns and dog heads making the rounds. The character models themselves are nothing to write home about though, and enemies are often just a recoloring of old enemies. Thankfully, the bosses all sport unique looks and combat mechanics. 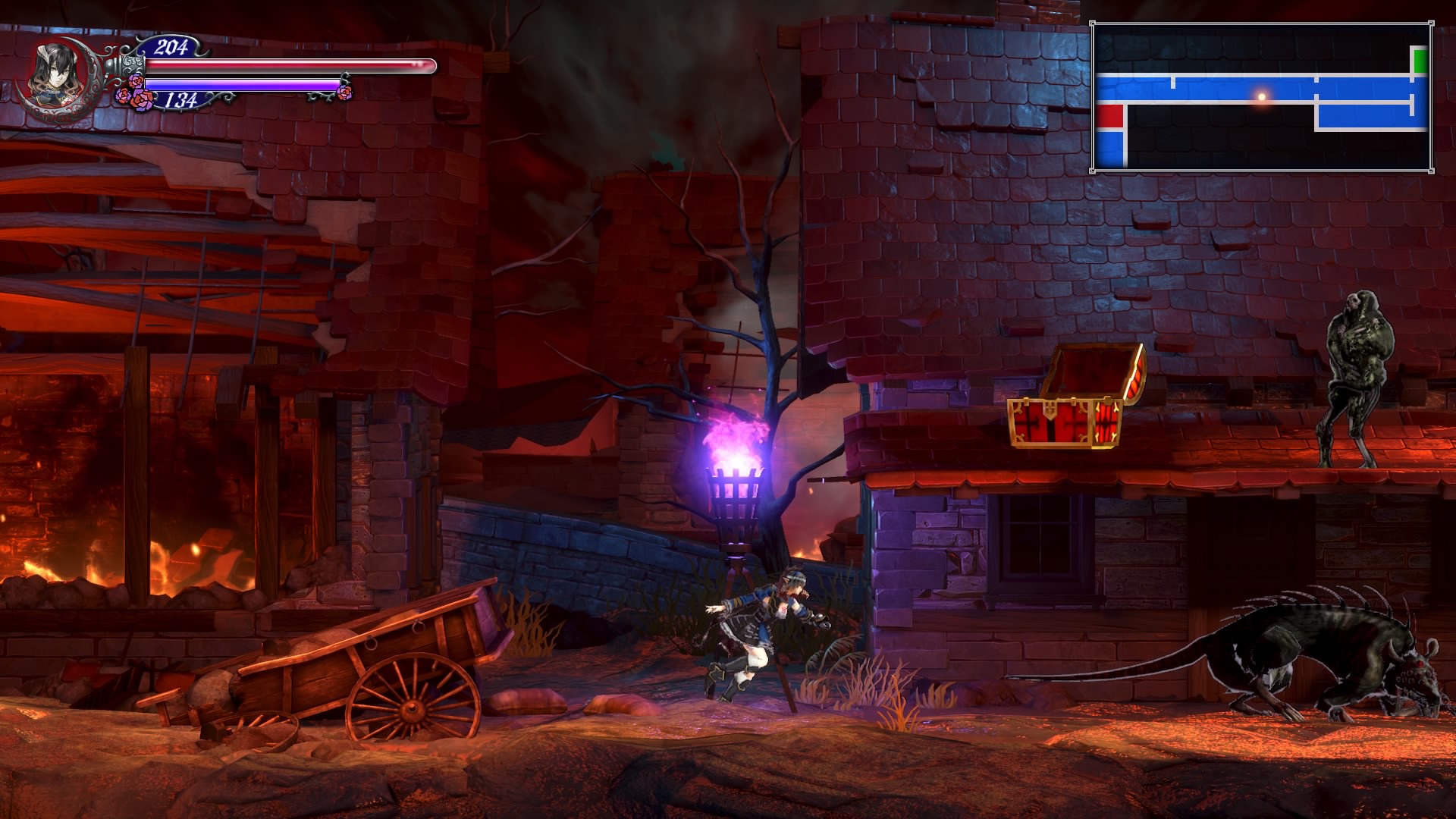 All in all, Bloodstained: Ritual of the Night is a well-crafted game that delivers exactly what it promised. Fans of Metroidvania will definitely love it, but do not expect deep storytelling like Hollow Knight. It’s just a fun game that lets you explore a world filled with secrets and collectibles.

Bloodstained: Ritual of the Night is out now for PC, PlayStation 4, Xbox One and Nintendo Switch.
Developed by ArtPlay. Published by 505 Games.
A personal copy was used for review.

A bullet fired is better than two in the chamber
Previous post Marvel’s Spider-Man is getting two suits from Spider-Man: Far From Home as free DLC
Next post Sony is switching up July’s PS Plus free games