Review – Bloodstained: Curse of the Moon proudly carries the Castlevania whip and torch 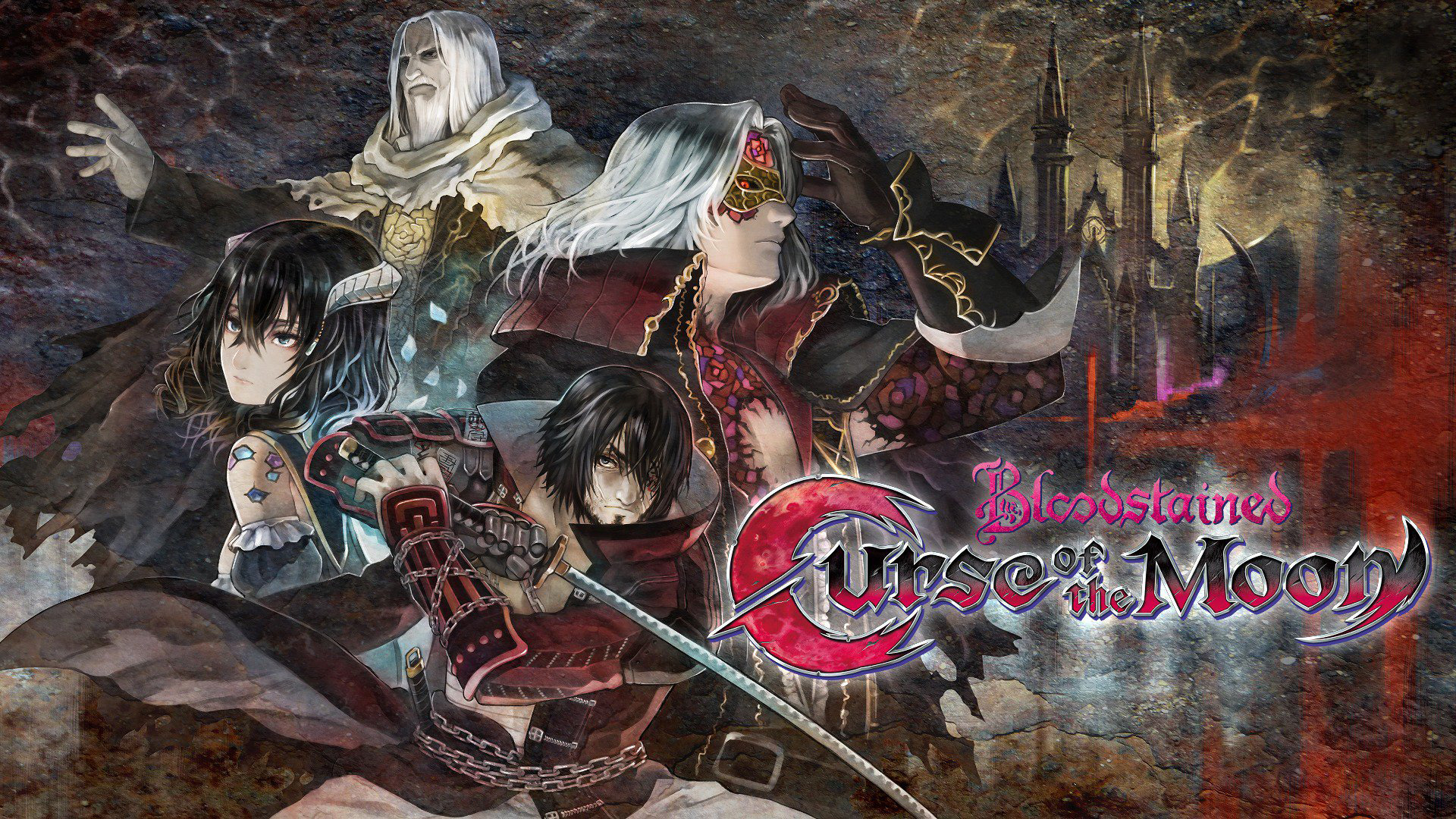 It’s sad to say but Castlevania is pretty much dead. Konami doesn’t seem interested in making a new entry in the series (the pachinko games don’t count), and the only joy fans can get stem from the Netflix animated series. Luckily, there’s Bloodstained: Curse of the Moon.

Unfortunately, Curse of the Moon is just the appetizer before the main course. In fact, this prequel wasn’t even planned initially – it was a stretch goal for the Bloodstained: Ritual of the Night Kickstarter. Fortunately, the massive response that got, raising over US$5.5 million in pledges, meant that Curse of the Moon was greenlit and fulfilled three years later. If Ritual of the Night is a spiritual successor to 1997’s Castlevania: Symphony of the Night, then Curse of the Moon is the spiritual sequel to 1990’s Castlevania III.  It features the same multi-hero gameplay, locales, and even visuals. Crafted under the watchful eyes of former series producer Koji Igarashi, Curse of the Moon is a spectacular game that uncannily channels Konami’s storied series.

Taking its cues from Castlevania III, you’ll start out as demon hunter Zangetsu. In the first few stages, you’ll get to save and recruit three other characters: the cursed protagonist Miriam, the demonic antagonist Gebel, and the alchemist Alfred.  All of them play differently enough to make them unique and fun.

Miriam has a long reach and a very high jump (similar to Simon Belmont from Castlevania), while Gebel (who looks and plays like a mash between Alucard and Dracula) can turn into a bat and fly. Alfred uses magic, while Zangetsu is the strongest with the most useful secondary weapons.

Once recruited, you can switch between them on the fly. If somebody dies in the stage, they won’t be available until the next stage or until every other playable character dies. Though you can get them back, I found that the risk of dying spices the game up, forcing me to constantly switch out characters to safeguard them, and making sure they’re only used in advantageous situations.

Still, I personally found Zangetsu and Miriam to be my favourites. Alfred and Gebel are great characters but highly situational, while the other two can do well against pretty much everything in the game. However, picking up the other characters is purely optional. In fact, to view all the endings you’ll have to skip on the rescue and kill them in different playthroughs.

Relying on just Zangetsu and his default skills does make the game challenging. However, if you kill and consume the other characters’ souls, Zangetsu learns new skills such as a double jump. To get the best ending, you’ll have to recruit everyone and then replay the game in Nightmare mode.

Nightmare starts you with all three characters save for Zangetsu unlocked. While most of the game remains the same, the final stage is completely different. There are individual trials for all the characters, as well as an alternate final boss. This true ending is what leads to the main Bloodstained game when it releases.

You can expect the same tight gameplay in Curse of the Moon as in any great 2D platformer. There’s even a Casual mode with infinite lives and no knockback, so getting hit by enemies won’t push you off some ledge – it’s a godsend if you need the help. While the game doesn’t have any of Castlevania’s infamous flying Medusa heads, it does have similarly annoying enemies that love to knock you off a moving platform or interference with your jump.

Other than that, the game’s pretty much Castlevania under a different name. You’ll still progress from left to right, climb up and down ladders, ride moving platforms, and the like. You pick up hearts for health and vials for weapon points, which are then used for your sub-weapons. There are even multiple routes for each stage, accessible only to certain characters.

All of the stage bosses are great but some, like Stage 1’s train or Stage 4’s two-headed beast, are just plain fun to fight. You know a game’s great when you’re looking forward to the boss and getting their patterns down. Getting familiar with their attacks is a step you’ll definitely need, as there’s a Boss Rush mode that unlocks when meeting certain conditions. While Curse of the Moon does have multiple ending and modes, most of them will sadly have you replaying the same eight stages. Getting the different endings requires multiple playthroughs started from the first stage (use the ‘Curse of the Moon’ option in the main menu to revisit past stages), and by the third time around I was already bored out of my mind. I love the game, but I recommend taking a break in-between to prolong your enjoyment.

That isn’t a knock to the game but the 8-bit visuals are incredible, with the same kind of color palette you’d expect from an ‘80s NES game; it’s just missing the flickering sprites and slowdowns to really mimic the old-school feel. Combined with the fabulous score, which Castlevania composer Michiru Yamane contributed to, and you have a terrific homage to the classic Castlevania III. The tunes, especially those from Stage 1, will easily be looping in your head after a while.

It doesn’t matter if you’re a fan of retro games or not. If you enjoy a good platformer then you’ll definitely want to get Bloodstained: Curse of the Moon. It packs everything you’d want from the genre, and its budget price of S$10 (Steam) means it’ll barely dent the wallet! I honestly can’t recommend the game enough.

Bloodstained: Curse of the Moon is out now for PC, PS4, Vita, Nintendo Switch, and 3DS.
Developed and published by Inti Creates.
A PS4 digital copy was provided for review.

Bloodstained: Curse of the Moon (PS4)
was reviewed on the LG OLED C7 Television.

Sal's just your average hardcore gamer. He started gaming on the NES in the 80s and has been ever playing since. Sal doesn't care about which platforms games are on, only that he wants to play them all!
Previous post GAX Giveaway — WoW: Battle for Azeroth beta
Next post PlayStation Hits Series launches on 26 July, games priced at $28.90