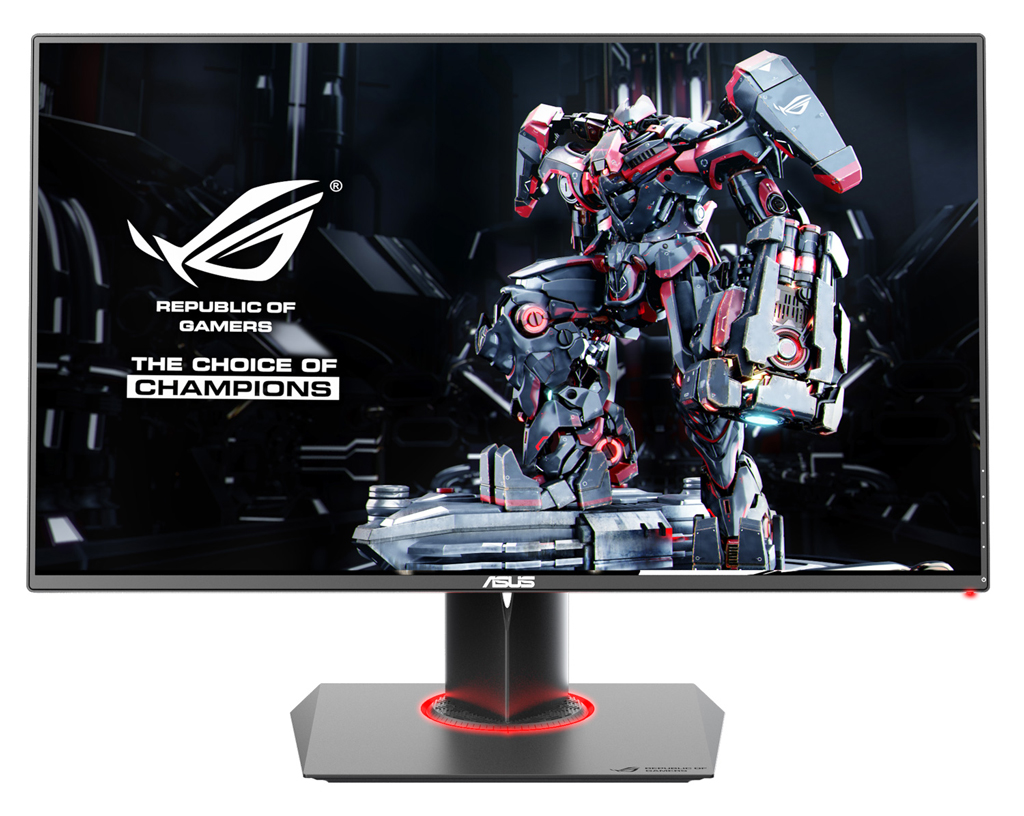 Our sister site Hardware Zone has done a review of the excellent ASUS Swifth ROG PG278Q monitor some time back here. Along with was mentioned was that G-SYNC is hard to truly appreciate simply from reading a review, so my focus here is to let you understand G-SYNC more in-depth.

At this point, I’ve been using this ASUS monitor for a while now and during period, I’ve gamed quite a bit. Well, that’s an understatement. Throughout it all, my experience has been great; even with simpler games I notice the difference. When I load a game up now, I know in advance I am going to get a smooth experience, and that counts for a lot.

What really surprised me about G-SYNC is that even in games that gave me great performance, I still noticed the difference. Call of Duty: Advanced Warfare is a good example. I turned up this game again to do a couple of multiplayer sessions, and it just hit me – the game was running so smoothly. Then I of course clued in that G-SYNC was working its magic.

A big reason G-SYNC can make for such smooth gameplay is because you’re essentially running Vsync off, but without the issues of having Vsync off. Your frame rate could vary from 60 to 90fps in an instant, and because of the continued smoothness, it’s not going to stand out. And believe me, if you’re running this ASUS monitor at 144Hz, your frame rate is going to vary a lot.

Borderlands: The Pre-Sequel is another game I thoroughly “tested” with G-SYNC, and once again, the experience is fantastic. At max resolution and equipped with a single ASUS ROG Matrix GTX 980, the game most often runs at below 100fps, and again, there’s heavy variance in the framerate, but it doesn’t matter in the grand scheme.

Not all games are so friendly with high refresh rates, so it’d be wise to not expect the 144Hz or even 120Hz refresh rate to come in handy in every given scenario. Even with Vsync turned off, many games like to cap at 60 FPS; even games that have built-in benchmarks that will tell you a higher framerate than that. Ultra Street Fighter IV, for example, does just that. Its benchmark will peak at 144fps or thereabout, but in gameplay, there’s a cap of 60fps. Then we have games like King of Fighters XIII that actually should be capped, but are not. In this particular title, running the game at 144Hz is like running it at super-speed. It’s actually pretty ridiculous that the game is designed in such a way.

ASUS’ PG278Q isn’t just the first G-SYNC monitor that I’ve played and tested but it’s the first monitor above 60Hz that I’ve tested in-depth. Throughout all of my testing, I truly couldn’t believe how many games are hard-capped at 60fpsS. It really made me come to appreciate the games that don’t hard-cap, because while 60fps is a great target, going higher just adds to the fluidity.

If you want proof of that, that’s where the Turbo button on this monitor comes in handy. If you’re playing a game that supports uncapped framerates, you can use this key to change from 60Hz to 120Hz to 144Hz on-the-fly. There won’t be a big differences between the latter two, of course, and that assumes that the game you’re playing and the hardware you have would be able to push it that high anyway. But there’s definitely a sizable difference between 60Hz and 120Hz – even if you only meet that 120 half-way in framerate.

After having used the PG278Q so much, I’m at the point now where I simply don’t want to have to give up G-SYNC. It seems like a really simple technology, and maybe it is in a way, but the difference is so good, I want it to catch on in a big way. It’s no wonder AMD was so quick to latch onto FreeSync. Would that have happened had NVIDIA not innovated G-SYNC? I’m not so sure. The technology would have still existed with this future VESA revision, but I’m not sure we would have paid as much attention to it.

What about the PG278Q itself? Well, personally to me, the TN panel was really hard to get used to at first, especially since I was coming from a wonderful IPS panel of the same size. The TN limitations were especially noticeable when I used portrait mode, as the sides faded a bit unless you were looking at the monitor head-on. Admittedly, though, after just a couple of weeks of use, this was a limitation of the display I didn’t even notice anymore, even though it certainly didn’t disappear. I am very confident in saying that this is one of the best TNs out there.

Another potential downside is that the monitor costs S$1,259. That’s a rather pricey for a 27-inch, given the fact that similar displays (in size and resolution) can be had for less. But, this display not only includes G-SYNC, it also supports up to 144Hz. There’s an ASUS’ Republic of Gamers premium here, there’s no doubt about that, but for those goods, it’s not that hard to justify. Overall, this is a fantastic display, and if it’s not obvious by now, I highly recommend it.

Aaron Yip is an industry veteran with more than 15 years of experience. When not spending time on his gaming PC and consoles, he can be found in Hyrule solving ungodly puzzles and collecting gems.
Previous post Heroes of the Storm Gathering on 7 Feb
Next post Player Center, Tournaments and More Coming To Heroes of the Storm SEA