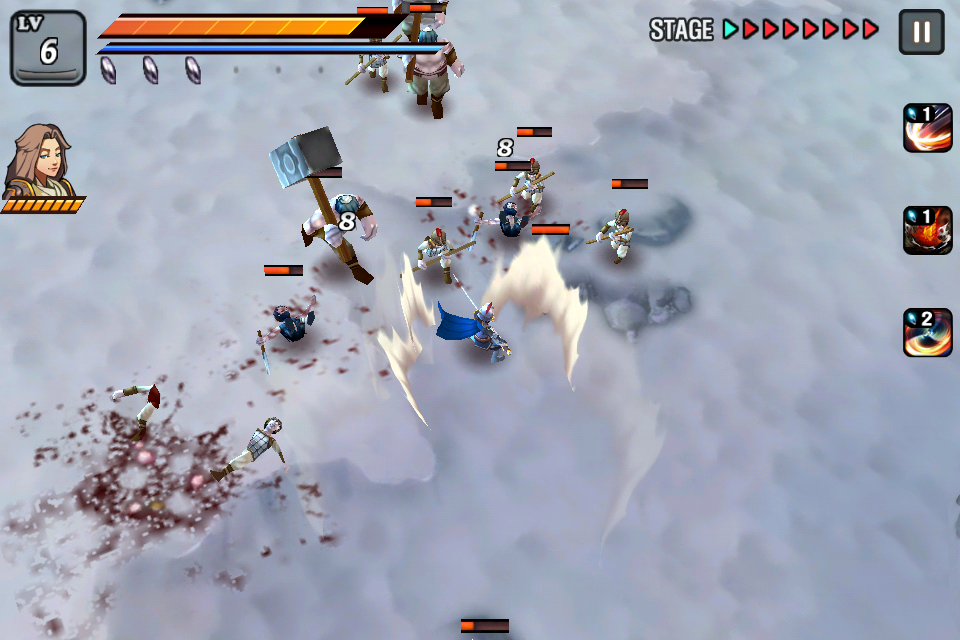 What fresh new way can you remix sword-fighting, war and Chinese history? By adding the undead to the mix, naturally.

Undead Slayer is a game that takes place in Ancient China where the undead have risen. You play as Xiahou Dun, the hero out to save the country from these fiends on the battlefield. The player character is equipped with the sword and the game lets you in on how it’s used the moment you start a new game. You don’t do the slashing, you just guide him to wherever you want something dead and he’ll do the messy work.

The concept is easy to grasp, but heard to master. Soon, more of the undead will emerge, fighting back and mindless slashing will soon prove inefficient, and the use of evasion can be useful. You pick up new skills and special moves that will cause more damage, or gain back your health while ferociously taking down an enemy. Be sure to pick up useful item drops from slain enemies that will add to your gold stash or your health.

Gameplay types include regular battles, boss battles, escorting a shipment to safety, destroying enemy camps and bonus stages where you pick up gold on horseback.

You can upgrade your weapons using special stones you find in-game. These will be forged with your sword (or the slew of other weapons obtainable through gameplay or in-app purchase) for a stronger, more efficient weapon. As the game goes along, you can search for and recruit captains to swap out with you mid-battle and help fight your enemies. Take care of your captains by restoring their HP and recruiting other captains for them to “absorb” and level up.

Undead Slayer is surprisingly deep in terms of the number of levels you face and the sophistication of the player, skill and weapons upgrade system. It is graphically brilliant and plays very smoothly on my iPhone 4S, although several occasions of crashing occurred.

Did I mention that this game was developed by one man?

Final Assessment: Get It
First off, the game is free, but it’s easily worth something that costs money. You don’t need to get anything from the store unless you really need to improve your player character faster. There is plenty of things to go for in this game, even if you’re clueless about Chinese history.

Previous post Duncan Jones Confirmed as Director for Warcraft Film
Next post Need A God of War: Ascension Bundle? Why Not Four?