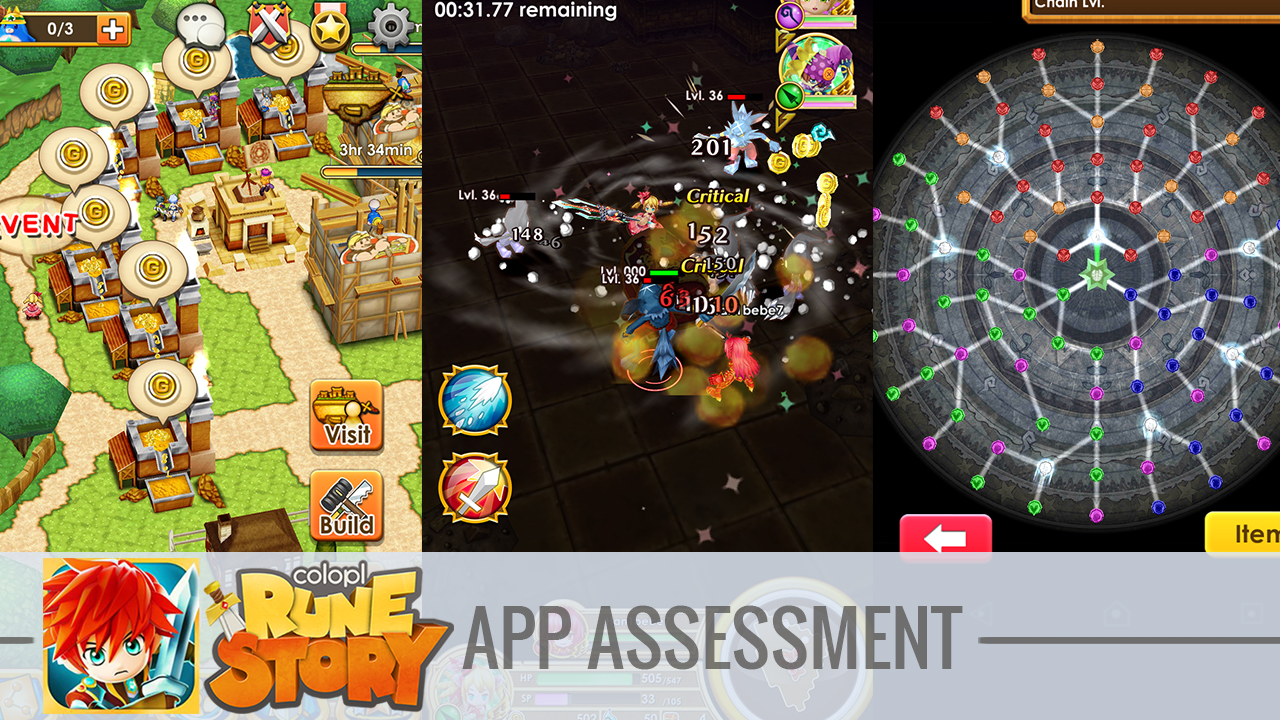 Mobile hero-collecting RPGs are pretty much forced to bank on the one feature that separates them from the rest. Usually it’s combat, other times it’s the hero designs, but in Rune Story’s case it appears to be a mix of fun and well-executed ideas.

The opening moments for such games are, more often than not, crucial in retaining interest. For Colopl’s Rune Story things actually started on a bad note. Essentially, the touch-screen controls left plenty to be desired. Combat is completely real-time, with skills, dodging, and character swapping to boot. While fun it’s hamstrung by the messy touch-screen experience, prone to inaccuracies and input lag. It borders on the frustrating sometimes, leaving me to dread harder encounters for all the wrong reasons.

So it really comes as a surprise that I wound up spending enough time with it to warrant a strong recommendation. For you see, what makes this game tick all the right boxes for me can be boiled down to its treatment of both in-game characters and us, the players.

I’ll start with the characters: there are no duplicate heroes. One thing that’s always bugged me about the genre is how these supposedly epic and legendary heroes are in no way unique, and even require a clone to essentially fuse and level up. That’s just disturbing. Instead, Rune Story gives us a Rainbow Rune, used for advanced hero development. It’s a seemingly small change but it clearly shows Colopl’s intent to reinvent and improve, not mindlessly copy.

Now for our part. Players are given engaging systems to work with, and aren’t treated as cash cows to milk. Take the great leveling mechanic, for example. Rather than automated stat boosts, skills and upgrades are laid out on a node-based web similar to Path of Exile or Final Fantasy X, granting me the freedom to mold my heroes however I see fit.

Like its namesake, runes are the keys to the kingdom in this game. They’re used for leveling heroes as well as evolving them and enhancing their equipment. Making runes a shared yet vital commodity makes for some hard decision-making moments, a relative rarity in the genre – do you invest in more health for your fledgling mage, or increase the attack power on your brawler’s weapon? Farming through events is still a necessity, of course, but since the loot has multiple purposes it never feels like a grind.

The entire deal is made even sweeter when I realized micro-transactions were limited to only jewels (used in hero and weapon summoning), locked behind an age gate. No consumables or boosts to speak of, though that does mean prices are fairly steep. That being said, jewel acquisition isn’t all that hard if you’re patient, and the prices are a fair compromise for everything else Colopl has done right.

On that note, I’ll also have to squeeze in the fact that they’ve taken a leaf from MMORPGs and replaced stamina limits with rest bonuses. That way they’re still incentivizing players to take a break while also having a means to catch up with those who didn’t.

Admittedly the story isn’t all that memorable but at this point, I’m just in it for the game itself. The controls felt like the only real letdown here but fortunately, it never becomes more than passing annoyance; chalk it up to a platform-wide weakness. Nonetheless, Colopl’s Rune Story is a fine example of a modern mobile RPG built by a daring team and fueled by a reasonable business model.

Ade thinks there's nothing quite like a good game and a snug headcrab. He grew up with HIDEO KOJIMA's Metal Gear Solid, lives for RPGs, and is waiting for light guns to make their comeback.
Previous post Cinematic gaming? Try ViewSonic's projectors
Next post Impressions: Swift conquest in the Legends of Callasia's beta