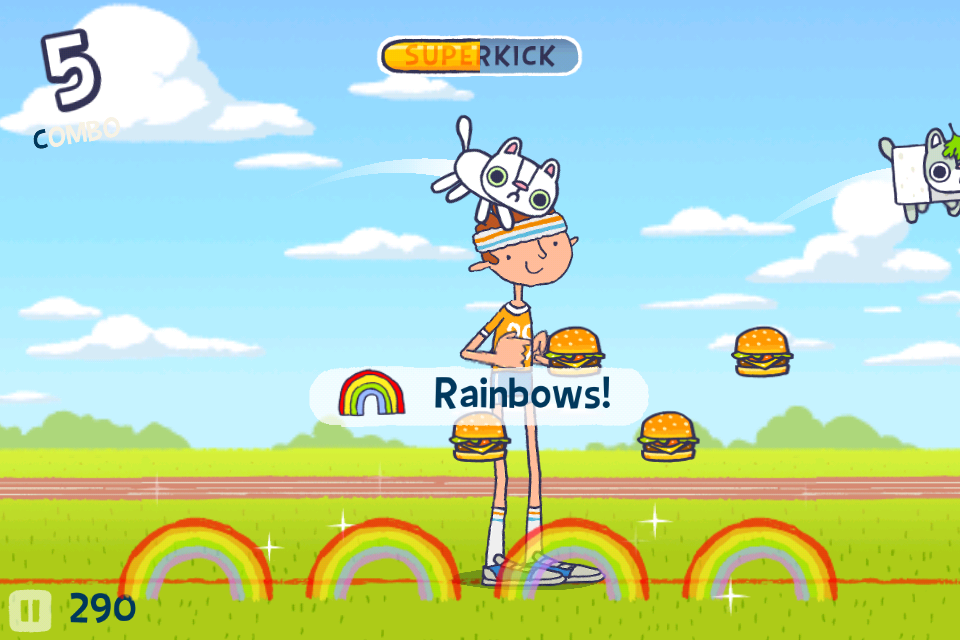 Remember that scene in that Adam Sandler movie where he tosses a cat around using his feet? Yeah. Keep this game away from PETA.

Hackycat turns the sport of kicking a kitty around into an app. Okay, so it’s not technically a sport, and kicking cats in real life is something that must be frowned upon. But its cartoony appearance and use of harmless cartoon violence brings out the charm in this high-score chaser.

Each athlete has his or her own special ability, and so do some of the cats in the game. Its controls are as simple as its premise. Tap the cat to kick it, swipe to kick it in the direction you want it to. Miss the cat and it falls onto the ground exploding into pieces, ending your game.

Tapping your cats to keep them in the air is, naturally, easier said than done. More cats come into the game after time and you’ll have to juggle a few while collecting Cheezburgers.

Too many cats to handle? Collecting enough Cheezburgers will fill up the Superkick meter which will allow you to kick your cats out of the screen into space, fulfilling their destiny. Any remaining cats remain in play and you still got to keep kicking until you end the game naturally, or accidentally touch an exploding bird that flies by.

There are plenty of kitties to unlock and kick around, so this game should tide you over during a bus ride.