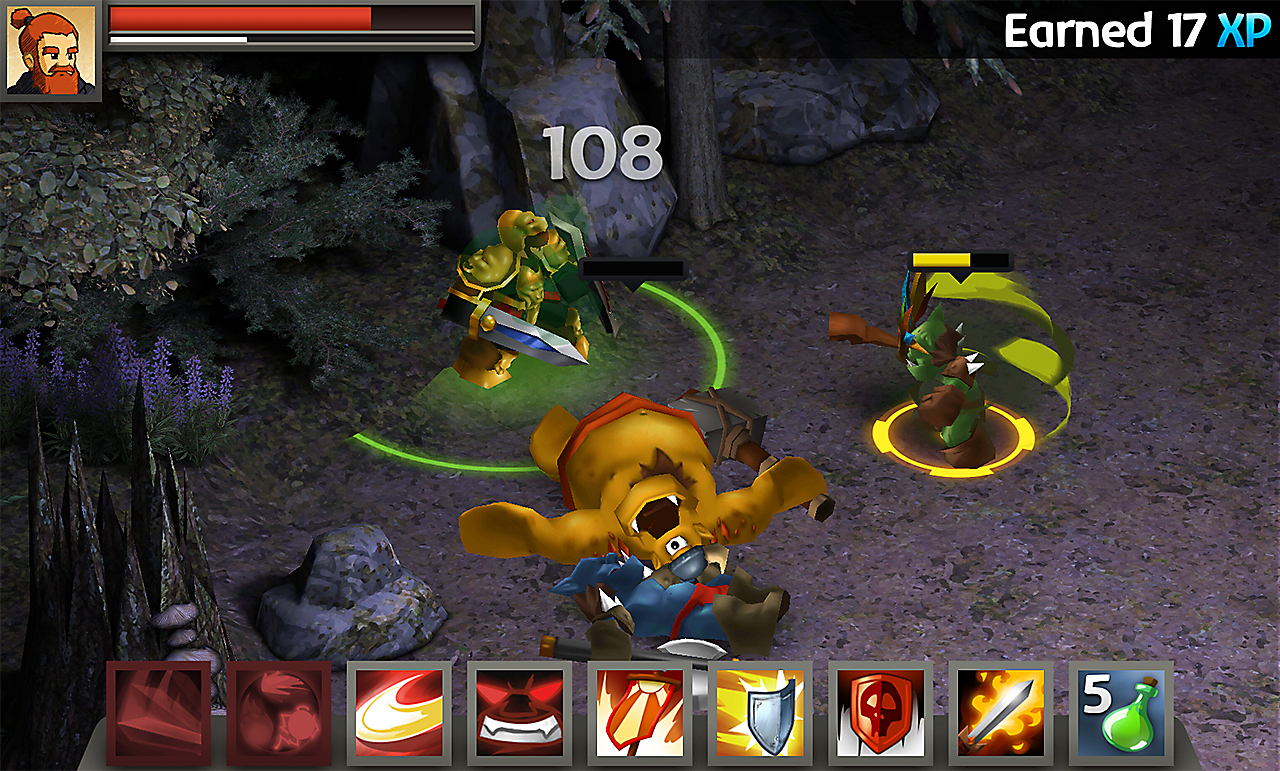 I never believed I would find an action-RPG like Battleheart Legacy on the app stores. It offers multiple classes, snippets of funny writing, and enough loot to turn a dragon green with envy. What really made it stand out, however, was the moment I realized my Paladin could learn Necromancy.

The game has absolutely no class restrictions, leaving players free to cook up some nightmarish hero even if it doesn’t make sense. While I ran a traditional Knight for completion’s sake, my alternate characters range from a Paladin-Necromancer to a Bard-Barbarian. A friend of mine rolls with some amalgamation of Monk and Ninja, decked out in heavy armour and wielding great axes – you get the idea.

The one restriction it does have is the number of active and passive skills we can equip, though these can easily be swapped out before battle. As long as I had the gold and the right statistics, the class trainers were more than happy to share their knowledge.

The thing is, not all class trainers are available from the start. The game doesn’t say where they all are, opting to let us find out via rumours and side quests. I found the Battlemage via a bounty quest from the capital, who later taught my Knight how to set my sword on fire – surely the dream of every young squire.

There’s also the possibility that you lose a Trainer instead. A Witch sent me to fetch a creepy talking book which I promptly burnt, freeing whatever soul was lurking in it. Clearly she wasn’t pleased when I told her this, and long story short I barely escaped with my life. Here’s where Battleheart Legacy falters: Speech options are denoted by three incredibly vague icons – a smiling face, a question mark, and a frown. In some situations they do the job just fine, but the only reason I made an enemy out of the Ninja trainer was because I picked the wrong smiley out of the few, unintentionally siding with her pursuers instead. While this isn’t a common problem it spoils the RPG experience somewhat.

It’s a good thing then that the combat makes up for it. As long as I stuck to areas catered for my level, the difficulty was essentially perfect, with just the right amount of challenge to make boss encounters thrilling. Enemy variety is great too, from goblins to skeleton sorcerers and giant spiders.

Their classes do a good job of complementing each other but it’s always manageable. Equipment plays a huge role in survivability, so it’s best to find what fits your playstyle best. I like standing in the middle of a mob as often as possible, which leaves me alternating between attack and cooldown bonuses.

Battleheart Legacy isn’t free. Nevertheless, the absence of random advertisements or freemium features goes a long way in crafting a fun, focused experience. It took my Knight slightly over thirteen hours to unlock New Game Plus, with slight grinding involved. Considering the amount of value I got out of that SG$6 price tag, I find this an easy recommendation to make. How often do games let you create tradition-breaking heroes anyway?

Assessed on a Sony Experia Z running Android 4.4 and CMOD. Prices are accurate at time of print.

Ade thinks there's nothing quite like a good game and a snug headcrab. He grew up with HIDEO KOJIMA's Metal Gear Solid, lives for RPGs, and is waiting for light guns to make their comeback.
Previous post Shopping Online: Are You Getting What You Paid For?
Next post Hands-On: Battlefield Hardline Multiplayer