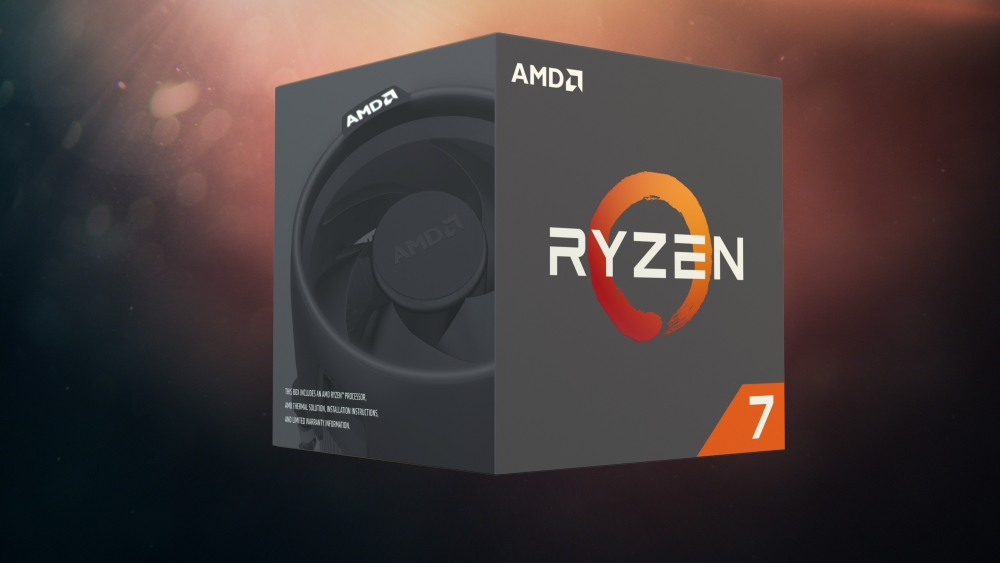 Well, here’s the moment we’ve all been waiting for. AMD’s hotly anticipated Ryzen processors have finally dropped, and gamers and enthusiasts finally have an option other than Intel when it comes to selecting a CPU for their next rig.

Intel has had free reign of the high-end CPU market for too long now, which means they’ve been able to set their prices with impunity and without much worry of being price competitive. If you wanted performance, you just had to go with Intel.

AMD says Ryzen could change all that. For starters, its price is extremely attractive when set beside Intel’s Broadwell-E CPUs. Here’s a quick recap of the models (all are 8-core/16-thread parts) that are launching now and their prices:

On the other hand, the octa-core Intel Core i7-6900K (3.20GHz, 20MB L3 cache) that AMD has so often compared the Ryzen 7 1800X with retails for over S$1,500 here. The US pricing tells a similar story, with the Ryzen chip costing US$499 and the Intel one costing US$1,049 on Newegg. While that sounds great for serious content creators where Ryzen can offer a much more lucrative option, the price point of these chips and the enthusiasts who are interested in them are better pegged to Intel’s current Kaby Lake processors. After all, at those prices, Ryzen will be assessed by the mainstream DIY folks and the bulk of them generally use it for some levels of content and office productivity tasks along with a good dose of gaming.

As such, for this review, we decided to pit the flagship Ryzen 7 1800X against Intel’s Kaby Lake Core i7-7700K to see how it stacks up against Intel’s mainstream processors.

The main feature to note is what AMD collectively calls SenseMI, a set of technologies that include Precision Boost and eXtended Frequency Range (XFR). These enable granular 25MHz increments in clock speeds, and allow speeds to boost beyond the official specifications. For the Ryzen 7 1800X, this is an extra 100MHz for a maximum boost speed of 4.1GHz.

The configurations of the test setups we used are listed below. We’ve actually used different coolers for the AMD and Intel systems as the Noctua cooler provided by AMD is the only AM4-compatible cooler with us at the moment.

SYSmark is a business productivity benchmark suite that measures the response times of tasks on a PC using real-world applications in the areas of office productivity, media creation, and data and financial analysis. Task response times from simulated user input are used to generate a performance rating that reflects actual user experience, so the faster a PC responds to application workloads, the higher its score will be. The method of measuring response times can take many forms, such as the time it takes for an application to show a pop-up completion message, or how long it takes a progress dialog to disappear and for a user to regain application control.

The Intel Core i7-7700K was overall around 15 per cent faster than the Ryzen 7 1800X. It looks like the lower clock speeds of the Ryzen 7 set it back against the higher clocked Core i7-7700K, even though the latter is just a 4-core/8-thread part. Developers often have to code their applications to explicitly take advantage of multiple cores, and it looks like most productivity apps haven’t progressed much to take advantage of more than four cores.

Cinebench R15 is a better indicator of the Ryzen’s 7 performance because of its ability to utilize up to 256 threads to evaluate a processor’s performance in a photorealistic 3D rendering. We ran both single-core and multi-core benchmarks to evaluate single-threaded performance and multi-threaded scalability here.

The multi-threaded benchmark is where the Ryzen 7 really shines, and it shot ahead of its Kaby Lake counterparts in the multi-core benchmark with its 8 cores and 16 threads. Here, it was 63 per cent faster than the quad-core Core i7-7700K.

It did lag behind in the single-threaded benchmark, which was expected of its lower base 3.60GHz clock speeds per core. Remember, the Kaby Lake part has a 4.20GHz base clock, and can boost till 4.50GHz, so it naturally came out ahead here.

Handbrake is a video transcoder that converts videos into a format for use on PCs and portable electronic devices, and is a good indicator of a processor’s video encoding capabilities. YouTube content creators, Twitch streamers, and other video creators will be most interested in this performance metric.

The Ryzen 7 was very impressive here too, shaving about 35 per cent off the encode time compared to the Core i7-7700K. These additional cores will come in handy especially in CPU-intensive games, and one of AMD’s main talking points is the improvement to multi-tasking. Instead of a straight performance bump, you should look forward to less of a performance hit when attempting to do multiple things, such as playing a game and streaming simultaneously. The synthetic 3DMark benchmark tests graphics and computational performance at different resolutions, starting at 1080p and going all the way up to 4K. A series of two graphics test, one physics test, and then a combined test stresses your hardware in turn to assess its performance. And because of the physics test that keeps the GPU load low while running gameplay physics simulations on the CPU, all three 3DMark Fire Strike tests scores also include an element of CPU performance.

The Core i7-7700K had an 11 per cent lead over the Ryzen 7 in Fire Strike, but the Ryzen 7 actually managed to inch ahead in the more demanding Fire Strike Extreme and Ultra benchmarks. AMD is positioning Ryzen 7 as a strong solution for 4K gaming, and that’s borne out in our 3DMark scores at least.

Ashes of the Singularity

However, when it comes to running games at 1080p, the Ryzen 7 doesn’t do so well. In DirectX 12 mode at 1080p and High settings, the Core i7-7700K turned out to be a good 50 per cent faster. At Ultra settings, the performance differential was around 14 per cent, suggesting that the Ryzen chip is more competitive with demanding settings or higher resolutions.

It also seemed more capable of taking advantage of the features of DirectX 12, probably due to the new API’s ability to use multiple cores more effectively. At Ultra settings, performance increased by 28 per cent when moving from DirectX 11 to 12.

That said, we’ve been told that Oxide Games, the developer of Ashes of the Singularity, is working to scale its Nitrous game engine to take better advantage of the full 8-core/16-thread architecture on Ryzen, so you might possibly expect better numbers in the future. As seen in the CPU-focused benchmark below, the higher clock speeds of the Core i7-7700K still helped it beat the Ryzen CPU.

Deus Ex: Mankind Divided is one of the most demanding games out there right now, and the Ryzen 7 came up close behind the Core i7-7700K. However, oddly enough for us, performance consistently dropped in DirectX 12 mode.

At Ultra settings, all the CPUs actually performed quite close to each other, and it looks like the GPU may actually be the limiting factor here. There was also no discernible improvement in moving from DirectX 11 to 12 at these settings.

There’s no doubt that the Ryzen 7 1800X is the most exciting processor from AMD in a long while. Intel is clearly already feeling the heat, and it has since slashed the prices across its Kaby Lake and Broadwell-E line-up.

However, the 8-core/16-thread architecture of the Ryzen 7 chips will need applications that are able to fully utilize all the threads. Unfortunately, games generally haven’t been the best at doing this, although that looks set to change with DirectX 12. But if you have been on the fence with your upgrade, and gaming performance is a priority, you may still be better off with a chip like the Core i7-7700K at this point in time, which has fewer cores but higher base and boost clocks. And the results do bore out results in favor of Intel. The lackluster overclocking headroom on the Ryzen 7 1800X also tilts the balance in favor of the Core i7-7700K, which simply appears the more sensible choice for those who don’t need crazy multi-core scaling and performance.

This doesn’t mean that the Ryzen 7 chip is bad at games, it’s a brand new architecture with a lot of nifty new hardware-specific features that developers will need to optimize for. Once developers begin to catch on and support more cores, AMD’s Ryzen architecture will be quite the beast, as evinced by its multi-threaded Cinebench scores and even Handbrake performance.

How else would the Ryzen 7 entice gamers? Probably with its video encoding capabilities, which means a better experience for avid Twitch streamers. Streaming is very CPU-intensive, and Ryzen’s strength in this area will be to allow better multi-tasking performance and less drop off in frame rates while streaming.

All in, Ryzen 7 solidly puts AMD back into the mindshare of enthusiast PCs. The Zen architecture is definitely much more exciting than Intel’s incremental Kaby Lake and proof that AMD is able fight Intel head to head in terms of innovation. However, the new processor clearly needs developer support to properly utilize its multiple cores and threads to really shine. While those may not be too common today, AMD’s debut of its relatively affordable 8-core chips vis-à-vis Intel could provide the much-needed impetus to change that as high-end octa-core parts become more palatable for mainstream consumers. When that happens, AMD will be remembered as the one that kickstarted it all.

Aaron Yip is an industry veteran with more than 15 years of experience. When not spending time on his gaming PC and consoles, he can be found in Hyrule solving ungodly puzzles and collecting gems.
Previous post HyperX Alloy FPS Gaming Keyboard Review: No, you don’t need millions of LED colors
Next post Razer Blade 2017 now in Singapore, prices start at $2,899