Home / Reviews / Gadgets / Review: The Alienware Wireless Gaming Headset (AW988) is out of this world

Alienware is no alien to gaming peripherals. Even headsets. The last time they released one was the Alienware TactX in 2009. Nearly a decade later and they’re back with a second attempt, except this time the industry has changed, matured, and gotten a lot more crowded. Seriously, ask anybody looking for a recommendation. In the face of all this stiff competition, let’s see how their shiny new Alienware Wireless Gaming Headset (AW988) holds up. 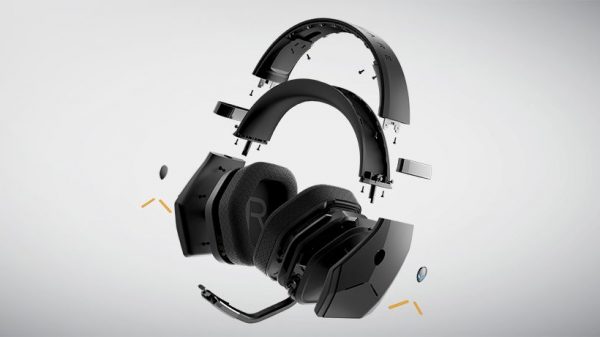 A design that’s not so conventional

The first thing you will notice with the AW988 is how robust it seems. Its matte black frame and angular design give the AW988 a simple but confident dignity. That robust looking build seem like it would weigh a fair bit, but in reality it’s much lighter than it looks.

The wireless headset primarily made of lightweight plastic, which gives the AW988 its matte black appearance. The exception to this would be the metal headband, which helps add to its apparent durability. While it can take a few impacts here and there, I wouldn’t recommend you make a habit out of it.

Being a gaming headset, it’s no surprise to see the AW988 sporting some RGB lighting. Thankfully, they are not overdone and kept to a minimum, with only the Alienware logo and two diagonal strips below it lighting up. Look further down and you’ll find the wireless dongle, cleverly hidden in a garage slot on the bottom of the right earcup. It pops in and out smoothly, and sits flush against the rest of frame.

Similarly, the mic is made to be as inconspicuous as possible. One merely needs to slide it down from its dock on the left earcup to activate it, and to slide it back up when you’re done. 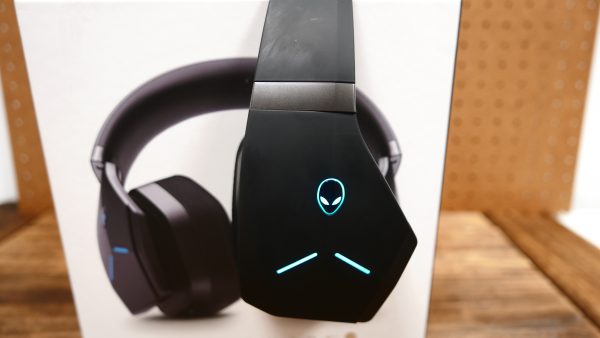 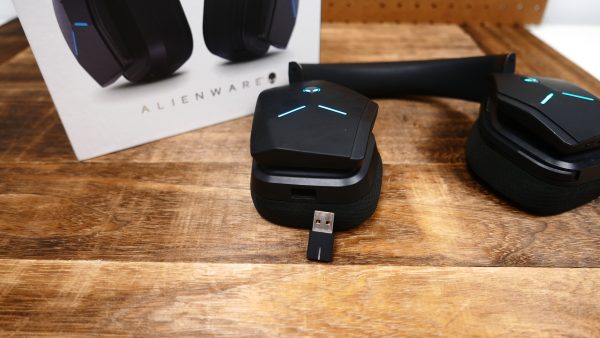 The AW988 features circumaural ear cups which are not uncommon among these days. What is unique about it is its hexagonal design, instead of the traditionally rounded ear cups. Despite breaking conventions, these cups fit the contours of one’s face well. It has ample space for the ears, while the foam itself sits smooth and snug against the side of the head. This provides a decent seal against noise and for better sounding audio, while also spreading out headset’s pressure evenly.

Those ear cushions are made with a slightly porous material which are very breathable. Owners would be unlikely to encounter warm, stuffy, and sweaty ears with this headset — a godsend in Singapore’s humid weather. Conversely, this porous material does make the AW988 prone to some sound leakage, despite the closed design and the seal mentioned earlier.

Eschewing the usual materials for a cushioned headband, Alienware has opted to simply use what feels like high-grade rubber, inflated to act as extra cushioning. It’s extremely flexible and form fitting, again helping to improve comfort by evenly spreading out the headset’s weight.

In the end, the most outstanding quality of the AW988 is in how comfortable it is for extended wear. Most headsets give me tension headaches due to the ear cups pressing against my glasses, but this was never a problem with the Alienware. Together with the breathable cushions, I had no trouble gaming for longer sessions. 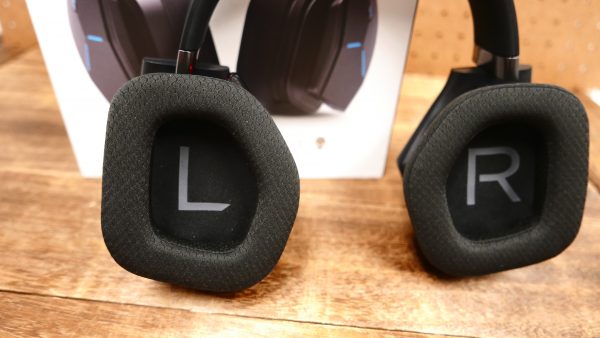 On top of its comfortable design, the audio quality on the AW988 is no slouch either. With its 40mm Neodymium drivers, the bass is deep and rich, letting you hear thumps and bumps with great clarity. It’s perfectly capable of delivering treble, though it does get slight distortions when cranking up the volume; bass-heads will be happy to know that this isn’t the case for the lower frequencies, the headset maintaining the high fidelity sound throughout.

This strong bass definitely works well with shooters, where the growl of a flamethrower or the retort of a shotgun greatly benefits from a driver that can support and produce those notes reliably and clearly. Alienware’s 7.1 virtual surround sound adds an additional layer to the cacophony by creating a directional sound map. That feature is definitely appreciated when gaming, especially in a tense shooter environment like Fortnite or PUBG.

While blasting loud metal directly into your earholes is awesome, it’s not exactly for everyone. Reach around the back of the left earcup to find the conveniently located volume control, which is notched for a better feel. Above that is the microphone’s mute button, followed by the game/chat mixer. Fairly common on gaming headsets now, this dial allows you to prioritize between the game or your voice chat on the fly. It’s the function I use the most, as I can easily adjust things to hear my teammates better, and just as easily reset it back to normal if they leave.

The mic itself is impressive too, with built-in active noise cancellation. It’s great enough to now become my go-to microphone on Skype and Discord. That noise cancellation really shines when you’re sipping a drink or having a quick snack, smartly getting rid of those annoying noises for everyone else.

These are all packaged into a headset that can last up to 9 hours with the RGB lights on, and 15 hours without. In my experience, the AW998 does manage to last upwards of 9 hours in normal practice, which is heavy usage over a few days versus running it for 9 whole hours straight. 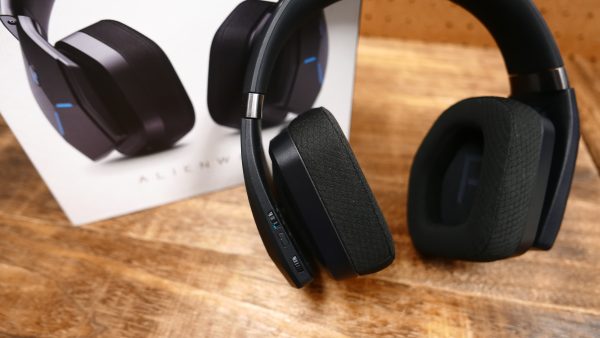 The Alienware Wireless Gaming Headset (AW988) is an impressive piece of hardware, and an excellent start for Alienware’s return to the gaming headset market. As much as I enjoy using it, the headset is not without its flaws. For example, you are stuck with the ear cushions that you get out-of-box, rather than having the freedom to customize in the future. Another annoyance is how easily it picks up fingerprints, the matte black surface and plastic making smudges a constant plague.

What may make its rivals seem more appealing is in the AW988’s poor compatibility. The headset only works with computers, leaving console gamers out entirely out of the picture. That itself is not a major flaw, as it fits the company’s PC-only brand, and as a headset it does its job really well. It is, however, on the higher end of the price scale with a retail price of S$329. If you can look past those problems, you’ll find that it’ll score high on everything else. This is one of the most comfortable headsets I’ve ever experienced, and I consider that to be a huge win.

A bullet fired is better than two in the chamber
Previous post In conversation: Ubisoft’s Steve Miller and Julius Witz on the business in Asia
Next post French teen jailed after checking out a PS4 as a fruit… twice