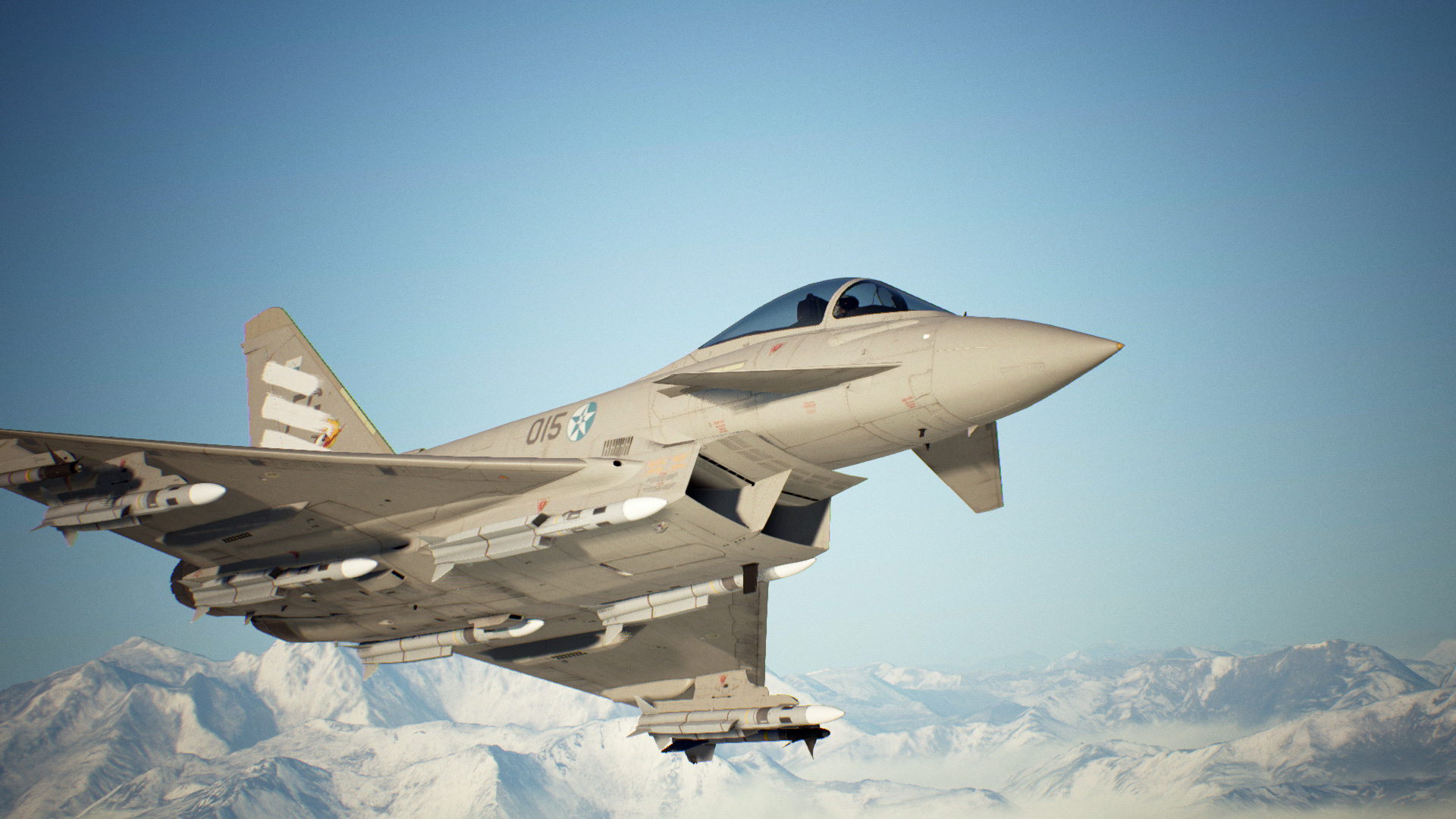 It’s been years since I’ve played Ace Combat. I’ve tried them all at one time or another, and I’ll always have a soft spot for the second game, but it’s hard to admit just how good Ace Combat 7: Skies Unknown is. It’s like the Project Aces developers took a long and hard look at what worked in previous games before compiling them into a single, modern release.

Ace Combat 7 has three different modes for you to play with: Campaign, Multiplayer, and VR. Among them, VR is new to the series and is also its own separate beast. It’s exclusive to the PS4 system, requires a PS VR headset, and contains three missions starring AC4 pilot Mobius 1.

Flying in VR definitely isn’t for the faint-hearted. You’re stuck in cockpit view with expert (realistic) controls, and if you get motion sick easily then you WILL vomit your guts out. As silky smooth as the framerate is, you’ll experience jarring motions such as twists, rolls, dives, and everything else a plane does in an aerial dogfight. I rarely get motion sickness from VR games but Ace Combat 7 certainly tested my limits.

Sadly, those three missions aren’t really memorable. You later unlock an Air Show mode and Free Flight options for the stages, but they don’t really contribute much to the VR portion other than the virtual sightseeing. 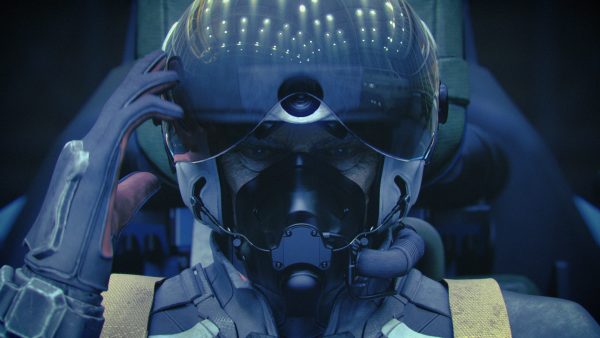 Like most in the series, Ace Combat 7’s campaign takes place in the “Strangereal” universe, with the Osea and Erusea nations at war again. The melodramatic cutscenes in-between missions set up the conflict decently enough, but honestly, nobody really plays Ace Combat for them. Luckily, the action holds up and you’ll sortie against various targets on land, air, and sea.

The game continues the series’ tradition of mixing real world technology with futuristic inventions, so you’ll be fighting planes, drones and everything in-between. I particularly love the Arsenal Bird, a huge aircraft with drones nestled in its wings.

Completing missions get you in-game currency called MRP, which can also be earned from multiplayer matches. You’ll use these credits on the new Aircraft Tree for planes, weapons, and parts unlocks. While planes can be used in every mode, some parts are restricted to the Campaign or Multiplayer only. There are also special unlocks you get from fulfilling certain conditions, but these aren’t shown in the Tree until they’re unlocked.

The Aircraft Tree is a great idea for game longevity, since even replaying completed missions earns you MRP. There are a ton of parts to unlock too, which should keep you going for a while. Still, it’s a bit disappointing to see that there isn’t a lot of choice when it comes to fighter planes. DLC will doubtlessly address this shortcoming, though I wish more were included with the base game. 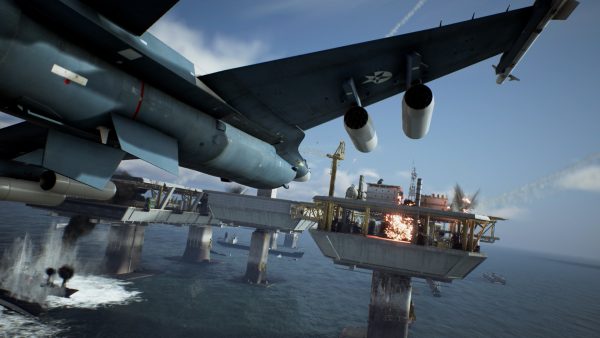 The newest gameplay addition in Ace Combat 7 are clouds. Seriously. Clouds now impact missile locks and tracking, while flying inside of one grants you stealth at the risk of icing up your aircraft if you stay for too long. Cloud visibility, or lack thereof, comes into play prominently in a couple of missions. One of the game’s most memorable ones has you flying in a canyon through a thunderstorm, making you dodge both lightning and walls while also trying to shoot down drones intent on killing your allies.

Needless to say, there’s a good mix of missions here. From offensive bombing runs, air-to-air sorties, and defensive screens for retreating pilots, these missions all vary in objectives as you progress. There are also special Annihilation missions where you’re given free rein to destroy a ton of enemies, spicing up the game nicely.

For multiplayer, you can choose between Battle Royale or 4v4 Team Deathmatch, both with 8-player limits. You can use the planes and parts you’ve unlocked from the Aircraft Tree, but each of them has their own individual cost. Some rooms have cost limits, and from what I’ve played and seen, most players prefer imposing that limit. It’s good to have if you’ve just started the game.

Online play is fine and there’s drop-in multiplayer for Team Deathmatch, though there is a bit of lag at times. It happens even in rooms with good connections but it’s nothing game breaking. The bigger downside is that there are only two multiplayer modes; it’s nowhere near enough, especially since you’ll need to grind to rank up, so things can get old really fast. Bandai Namco are adding more but they’ll need to do it quick, especially if they want the online player base to stay healthy like it is right now. 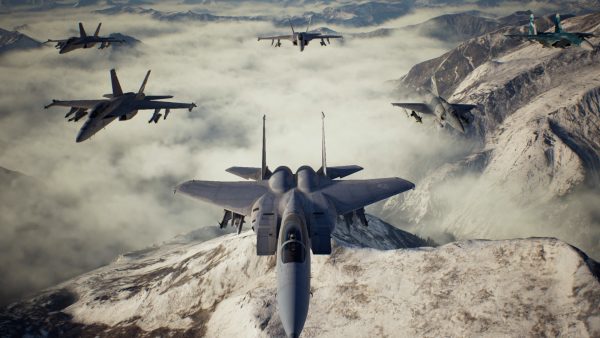 With all the destruction you’re wrecking, it’s a shame that your aircrafts aren’t treated the same. Damage modelling is non-existent for the player, with only sparks and small fires that fizzle out to show you getting hit, no matter if its bullets or missiles. That’s a huge shame when the enemies all break apart in glorious fashion before your own weapons.

The visuals take a massive hit whenever you’re near the ground too, especially on bombing runs. Textures are blurry and lack detail, while terrain deformation from shooting or crashing into the ground doesn’t exist. Poor ground visuals have always been a weakness of the series, and it’s annoying that this current-gen release still doesn’t fix that.

I can also spot aliasing (jagged edges), especially around the wings of aircraft. Looking at them in the hangar only enhances this flaw, but thankfully you’d be too busy flying to notice the ugliness. Most of the time, anyway.

To be fair, there are neat little visual touches to be found in Ace Combat 7. God rays peer through the new and improved clouds in some missions, and water visibly condenses on the cockpit whenever you fly through them. The framerate manages to hold up for most of the game, too. As a whole, however, the graphics aren’t as much of a leap over the previous Ace Combat games as you’d expect. 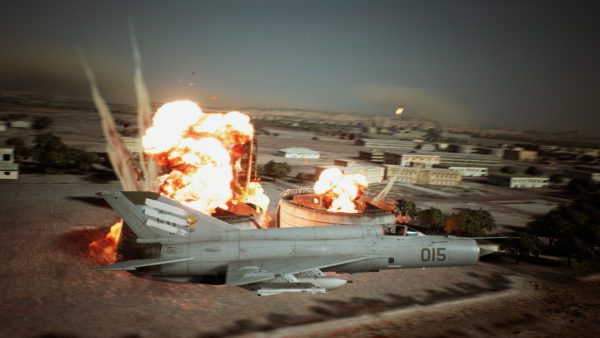 Honestly, arcade flight fans don’t really have much of a choice these days. It’s either Ace Combat 7 or bust, and most are already thankful that Bandai Namco are giving the genre some needed attention. True, the game could certainly use some more time beefing up its visuals and multiplayer offerings, but the flight and combat are as solid as ever. You won’t find a more engaging dogfighting game than this for the current generation.

Ace Combat 7: Skies Unknown is out now for PS4 and Xbox One. PC on 1 Feb.
Contains exclusive missions for PSVR.
Developed and published by Bandai Namco Entertainment.
A PS4 copy was provided for review. 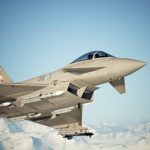 Sal's just your average hardcore gamer. He started gaming on the NES in the 80s and has been ever playing since. Sal doesn't care about which platforms games are on, only that he wants to play them all!
Previous post Deal Alert: Acer Nitro VG270, GOG Hot Sale and many more
Next post Taipei Game Show 2019: Ubisoft Booth Tour