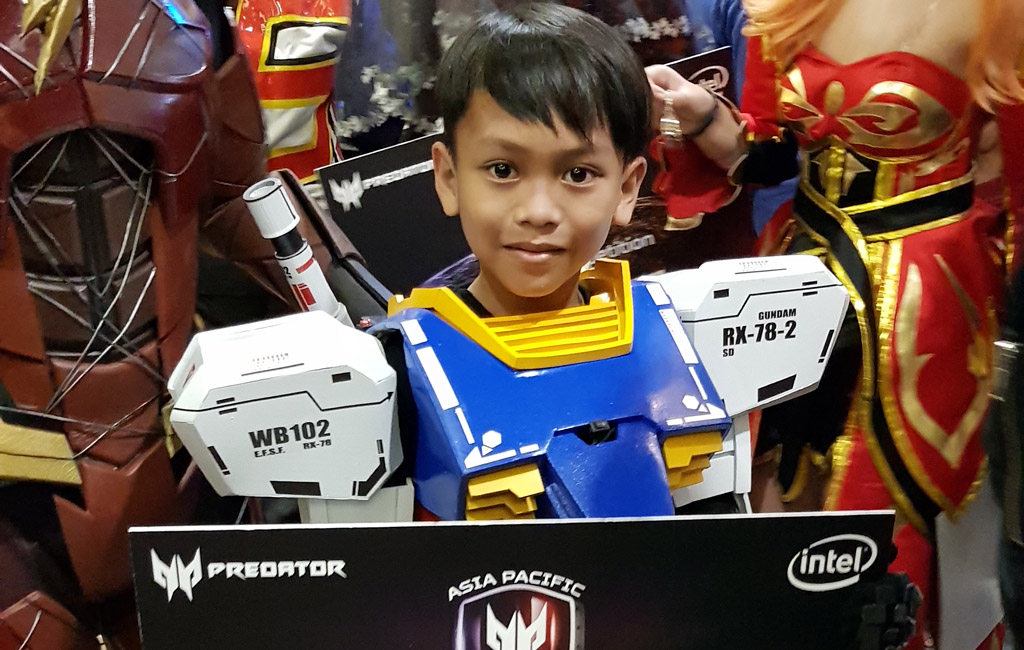 The Predator League Finals in Jakarta isn’t just all about DOTA 2.

As one of the many stage shows held during match breaks, a cosplay competition was held. While there were many good costume players (including one uncannily looking Flash), one 9-year old named Firgian Arfa Imanda Romas stood out with his awesome RX-79 mobile suit. 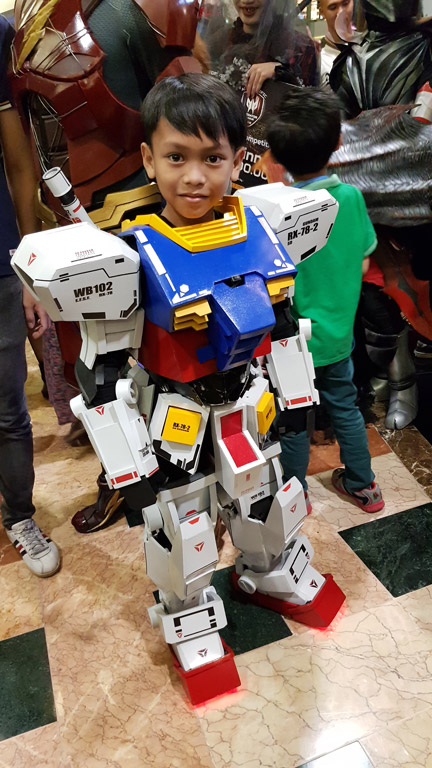 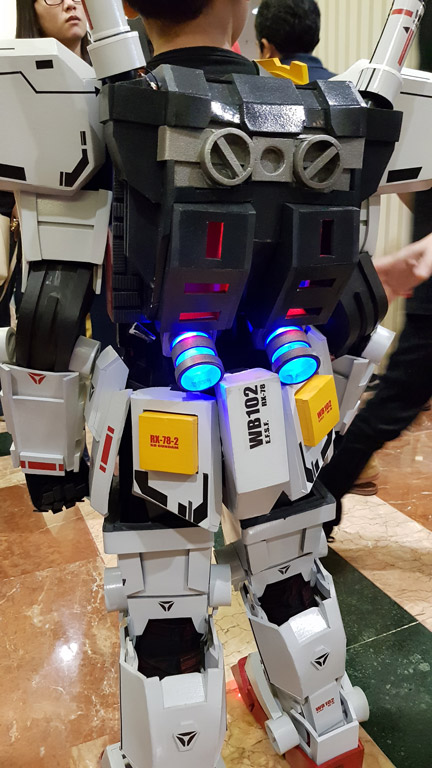 And he won the top prize too. Just look at the details on the Gundam – the engine boosters even light up!

Aaron Yip is an industry veteran with more than 15 years of experience. When not spending time on his gaming PC and consoles, he can be found in Hyrule solving ungodly puzzles and collecting gems.
Previous post Party up in Scribblenauts Showdown for Switch, PS4, and Xbox One
Next post Malaysia’s Geek Fam takes home the inaugural Asia Pacific Predator League DOTA 2 Championship