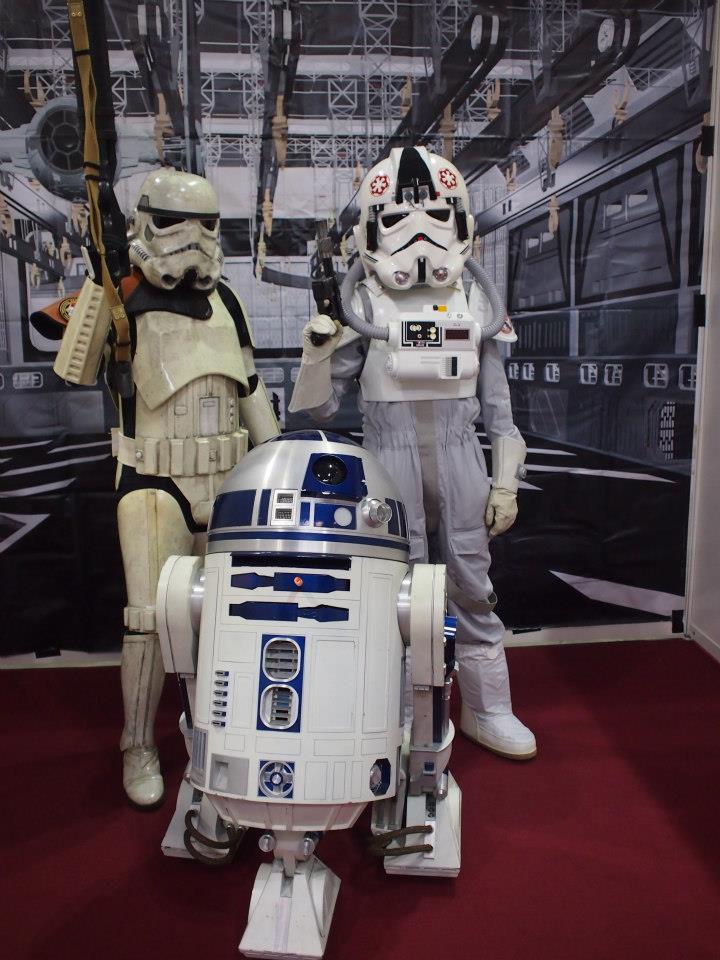 We were walking down the halls of the Singapore Toy, Games, and Comic Convention (STGCC) when we heard the familiar sound of marching boots.

But they weren’t there to take us prisoner. Instead, those troopers were at the convention to raise money for charity.

They were a part of the Singapore chapter of the 501st Legion, a worldwide organisation of Star Wars fans who have taken their passion one step further: dressing up as villain characters from the Star Wars universe.

The Legion officially began in 1997. Since then, it has come to occupy approximately 40 countries worldwide, and boasts over 5,000 members. The Singapore chapter of the Legion houses 90 members in its garrison.

The volunteer-run 501st Legion isn’t just for running about in a Stormtrooper suit. They typically suit up to perform charity work. In Singapore, the troops have worked with organisations such as the “Make A Wish Foundation” and various cancer societies.

The garrison also meets up very often, be it at fundraising events or at ‘armor parties’, where existing members of the group help new members source for their costumes.

While there is no clear delineation of character roles in the group, we were told that a person’s role really depends on whom he or she wants to portray. Nonetheless, there are basic rules, such as needing to be tall or ‘fit’ in order to play as the Sith Lord Vader.

The demographic of the Singapore garrison is pretty diverse: we saw men and women of all ages and races suiting up to pose with the public in exchange for donations for the Children’s Cancer Society. Their costumes, too, ran the gamut from sandtroopers, to Darth Vader, to a remote controlled R2. If you didn’t get a photo with them at this year’s STGCC, oh how you missed out.

By the end of the two-day event, the 501st Legion’s Singapore chapter had raised over $1,700 for their charity of choice: the Children’s Cancer Society. Not bad, for a organisation inspired by the Dark Side.