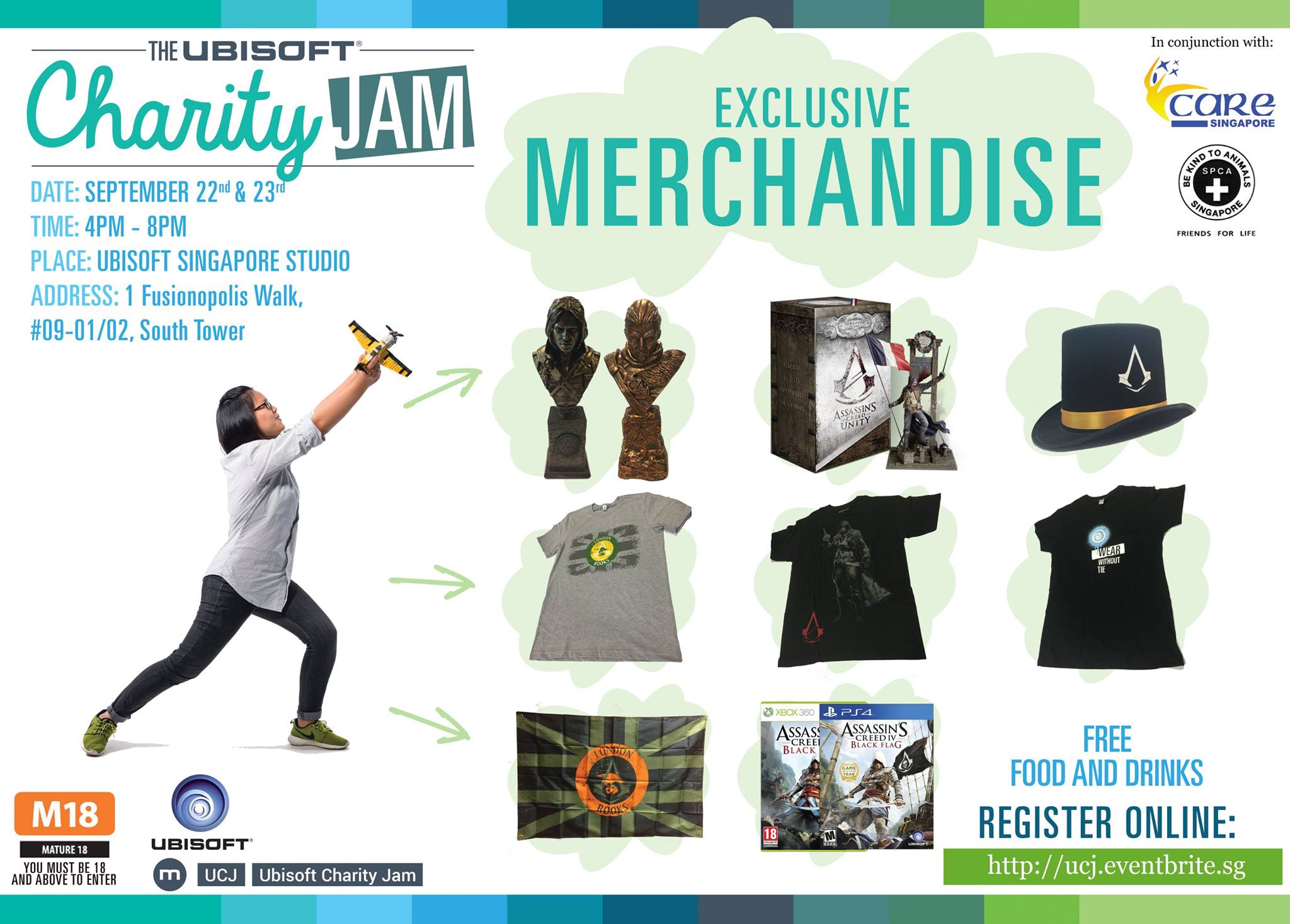 Ubisoft Singapore will be hosting their annual charity jam at their studio next Tuesday and Wednesday (22-23 September), and this time there will be lots of game demos, drinks, food, loots, and have I mentioned games? There will also be gaming sessions with their developers, and all benefits will go to their participating charities: CARE Singapore and SPCA.

At the event, participants will get to challenge Ubisoft Singapore developers to games such as Assassin’s Creed Unity, Shape Up, Just Dance and Trials Fusion. You can also, for the first time in Asia, experience the Assassin’s Creed Syndicate demo that was featured at Gamescom 2015.

Tickets are going for S$19.90 for a one-day pass or $39 for a two-day pass, and you can get them right here. It’s for a good cause, so showing your love for games also shows how much you care for the less fortunate and animals too.

Aaron Yip is an industry veteran with more than 15 years of experience. When not spending time on his gaming PC and consoles, he can be found in Hyrule solving ungodly puzzles and collecting gems.
Previous post Attack on Titan game trailer is both brutal and excellent
Next post PlayStation 4 price drop details for Asia, new console designs and more