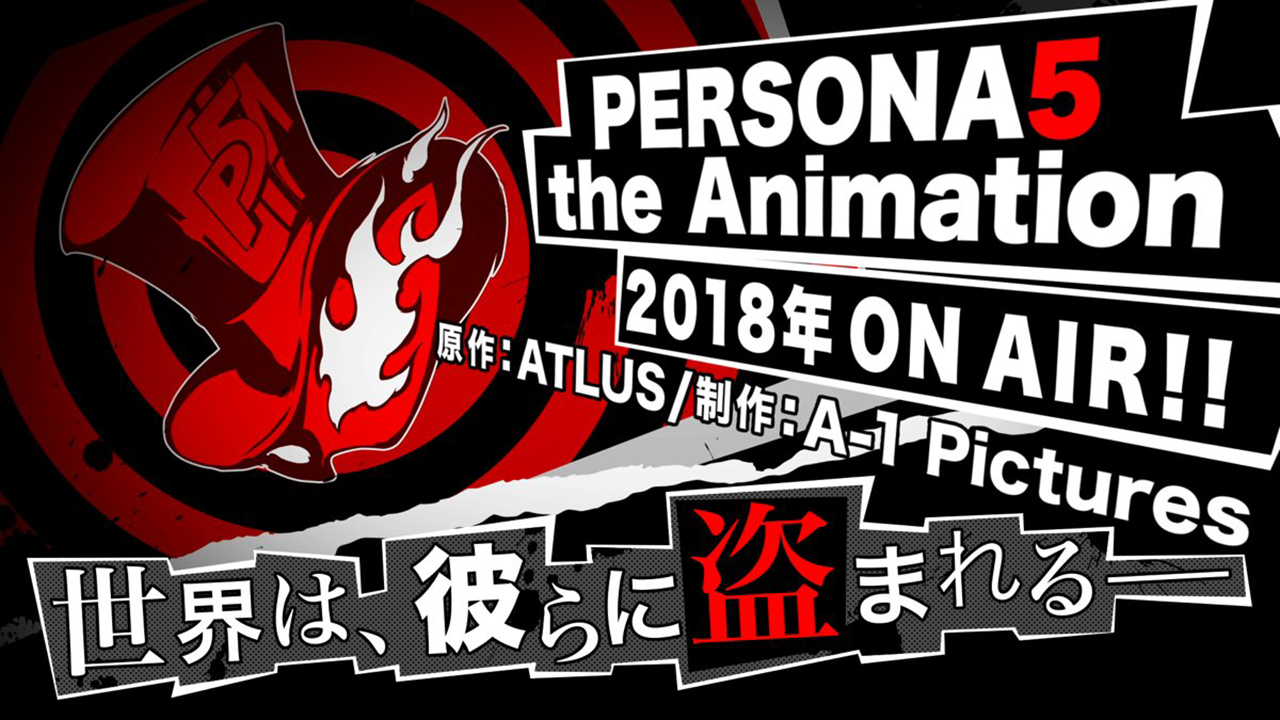 An animated TV series for Persona 5 was officially announced during a screening event this past weekend (thanks, MyAnimeList). The show is produced by A1 Pictures together with the same voice cast behind the game, and will begin its Japanese broadcast sometime in 2018.

The screening event in question was for the 30-minute TV special, “Persona 5 the Animation: The Day Breakers,” which premiered during the lead-up to the game’s Japanese launch. For those that haven’t seen it, the special is based on one of the earlier Mementos requests available in the game. It’s currently available with English subtitles as a Blu-Ray disc via Aniplex USA and on anime streaming site Crunchyroll (though the latter’s region-locked).

While the animated cutscenes in the game itself were by the illustrious Production I.G., both the TV special and upcoming series are from Aniplex subsidiary A1 Pictures. The studio has a made a name for itself over the past decade by working on some of the most well-known shows today, as well as for adapting video games into anime, with somewhat mixed results. Where the Persona series is concerned, A1 Pictures has been involved in cross-media work since Persona 3.

No further details have been revealed just yet, such as how much of the game the anime will adapt or for how many episodes the show will run for. We suspect that Aniplex USA will get it localized for international audiences once again, though whether the English voice cast will get to reprise their roles here is still unknown. It’d be a shame not to, really, considering how well their performance has been received.

Atlus released a teaser trailer that’s, frustratingly, also region-locked – this time for Japan (who knew there were other countries besides Japan and USA?). In any case, here’s a mirror from Moetron’s pKjd.

As for Persona 5 the game, it’s a wonderful piece of work and easily one of the best RPGs to release this year. It offers a much better balance between dungeon-crawling and narrative than its predecessors, with the former constantly staying fresh between chapters. Looking good, Atlus!

Ade thinks there's nothing quite like a good game and a snug headcrab. He grew up with HIDEO KOJIMA's Metal Gear Solid, lives for RPGs, and is waiting for light guns to make their comeback.
Previous post Bungie revealed system specs for Destiny 2 beta
Next post Get chanting in Patapon Remastered, out now for PS4