Sample all 47 prefectures at Japan Park Singapore this August 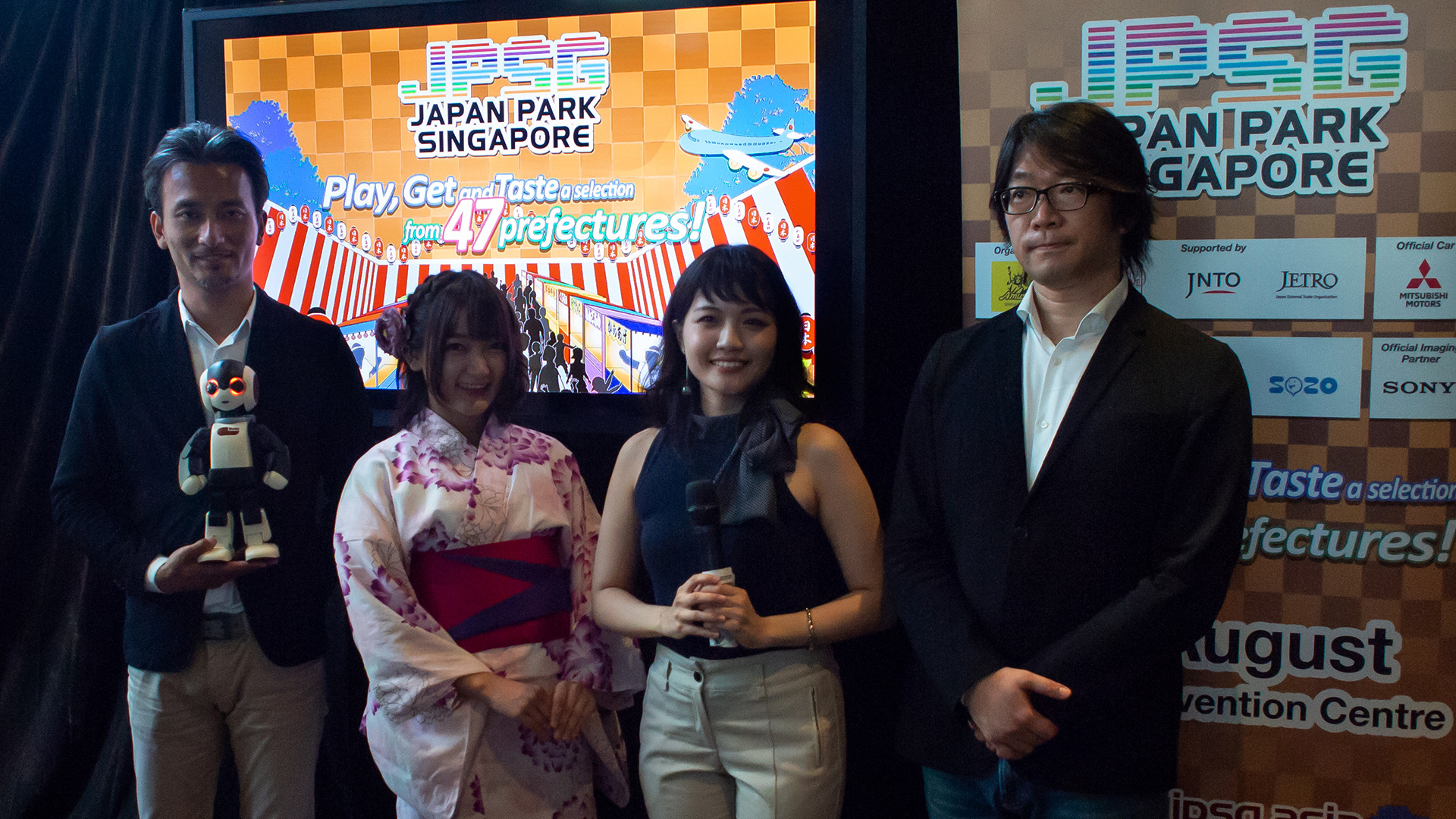 We’re about to get our very own Little Japan, if only for a single weekend. Japan Park Singapore is a two-day festival bringing food, travel offers, and entertainment from one of the country’s top tourist destinations. Held from 4 to 5 August at the Suntec Convention Centre, what separates JPSG from other fairs, retail spots, or events is its emphasis on not just Tokyo, Okinawa, or Hokkaido, but all of Japan’s 47 prefectures.

Organized by Amuse Entertainment Singapore – the good folks who bring us acts such as ONE OK ROCK, Perfume, BABYMETAL, and much more – the event brings together Japanese restaurants, companies, and government offices for what is to be an extravagant family bonanza.

Expect to taste event-exclusive menus, such as servings from Keisuke Ramen limited to only 500 bowls a day. Learn about places such as Gunma Prefecture’s Takasaki, home of the lucky Daruma dolls. Or soak up the many different faces of Japanese entertainment, from a classical dance by the renowned director of Nishikawa Company, to a live band performance by an all-girl voice actress team. Special guests invited for today’s press conference were roboticist Tomotaka Takahashi and, to the delight of BanG Dream! fans, voice actress Rimi Nishimoto. Ehime Prefecture’s character mascot, Mican, was present for the conference too, but the poor mandarin orange ran into some costume troubles partway through.

The man behind the machines: Tomokata Takahashi

Takahashi is a renowned creator, designing humanoid robots that have earned him Guinness World Records as well as features in both TIME and Popular Science magazines. Accompanying him was his latest creation, Robi, a bot designed to be user-friendly in plenty of ways. Completely voice-activated, Robi can even speak in Mandarin or exhibit a touch of Singlish.

The professor is scheduled for a stage appearance at Japan Park Singapore, not just to promote the robot – which will be on discount at the De Agostini booth – but to hopefully inspire the next generation of Steve Jobs and Bill Gates. He says that robotics is now the computers of yesteryear, with plenty of opportunities for those who dare to dream big. Astroboy fans may likely notice some visual traces reflected in Robi’s design, as the manga proved to be Takahashi’s own source of inspiration.

Bringing a different kind of uplifting energy was Nishimoto, best known for voicing Rimi Ushigome from the mixed media project BanG Dream! Comprising an anime series, games, and live girl bands, Bandori as its known in Japan has quickly found a foothold both domestically and overseas. While it’s not quite the juggernaut that is Idolmaster or Love Live, the franchise has already established firm roots in merchandising, CD sales, and concerts.

For Japan Park Singapore, bassist Nishimoto is set to appear with fellow Poppin’Party! band members Aimi (as Toyama Kasumi on guitar and vocals), Otsuka Sae (as Hanazono Tae on guitar), and Ito Ayasa (as Ichigaya Arisa on keyboard) for a talk show and live performance. Ohashi Ayaka, who plays drummer Yamabuki Saaya, is unable to attend due to “other commitments.”

Tickets for Japan Park Singapore go on sale starting 16 June. Prices are set at $15 and $25 for 1-day and 2-day access respectively, though early buyers will also receive $5 and $10 worth of prepaid credits, plus a lucky draw shot at a 4D3N Japan gourmet tour for two.

We should stress that the Wa-Shiok Gourmet Festa section only accepts payments through the event’s RFID Wristband Wallet, and that any unused credits will not be refunded.

Other ticket packages include the Poppin’Party VIP Special ($68), the Ramen King Special ($38), and a Lucky Daruma Special ($28). More details may be found on the official event page.

Ade thinks there's nothing quite like a good game and a snug headcrab. He grew up with HIDEO KOJIMA's Metal Gear Solid, lives for RPGs, and is waiting for light guns to make their comeback.
Previous post Review — Detroit: Become Human brings narrative adventure to a grander stage
Next post Catch Rimi Nishimoto and the rest of Poppin’Party at Japan Park Singapore