Home / Breaking News / The Hidden Gems of STGCC 2017 that you wouldn’t want to miss!

The Hidden Gems of STGCC 2017 that you wouldn’t want to miss! 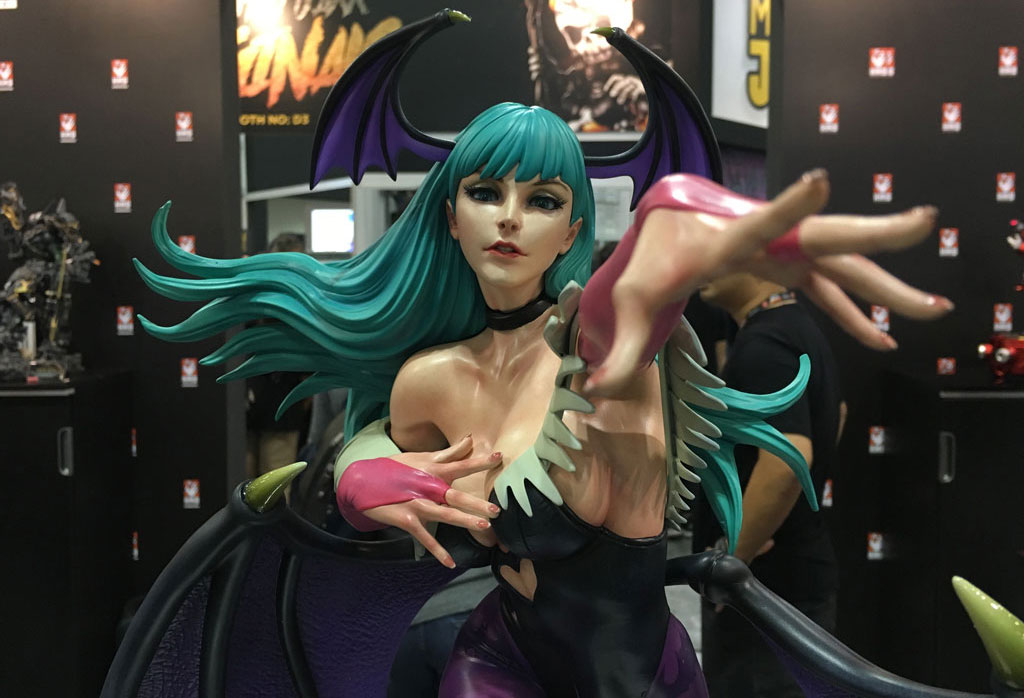 True story here – The Singapore Toy, Game & Comic Convention (STGCC) had somehow eluded me all these years due to personal and work reasons. I even thought we were just not meant to be after missing it again last year!

Alas, the stars finally aligned, and I was justifiably excited this morning to visit STGCC 10th edition at Marina Bay Sands.

For a first-timer, STGCC is an absolute sensory feast of comics, toys, games, manga, anime, cosplay and collectibles. Like a sponge, I tried to absorb as much as I can, and I have listed out five exhibits from the first day that really caught my attention.

Upon entering the show floor, I was immediately drawn to PREMIUM BANDAI’s exhibit. This official online store for BANDAI’s exclusive pre-order products is no stranger to Gunpla collectors, and true to their name, PREMIUM BANDAI put up four eagerly-awaited limited edition model kits for the fans at STGCC.

PREMIUM BANDAI booth before the crowd swarmed in.

The walking ammunition depot is now available in the rich details of Master Grade series. The model kit is thoroughly reproduced with new weapons and coloured moulding, featuring impressive double gatling gun that can be equipped to both arms, and a four-barreled vulcan chest-part.

The Dober Gun of Tallgeese II comes with extendable barrel structure that reaches the floor, perfect for re-enactment of impressive battle scenes in the animation. The enhanced version of the Shenron Gundam, or Nataku includes the Dragon Hang and Twin Beam Trident with a new design based on Master Grade standards.

If you are keen in any of the models seen at the Premium Bandai booth, be sure to check out their website.

My next stop, Hand Made Objects (HMO) is a veteran participant of STGCC from Hong Kong that offers online sale of hand-crafted collectible figurines. The piece that caught my eyes was the 1/4 scale statue of Darkstalkers most iconic succubus, Morrigan Aensland that was unveiled at STGCC.

According to HMO Founder Mufizal Mokhtar, this incredible sculpture created in collaboration with Capcom is still pending approval before pre-order opens. Judging from the success of their Premium Mega Man X Statue (sold out under a minute upon release), those who are interested in the HMO’s Morrigan statue might want to sign up for HMO Insider Group ASAP! The beauty of platforms such as STGCC is that they made discovery of fresh ideas and talents under one roof possible. Loka Made, a team of Malaysia-based artists and designers produces art books, postcards, and notebooks inspired by familiar life moments, architectures, and sceneries in their home country, drawn in Japanese art style. The outcomes are artworks that are brilliantly nostalgic yet imaginative.

It is hard to keep a straight face when checking out South Korean CEO-artist Kwangno An’s creations, especially his Uncle Mermaid series. I was even more surprised when I realised that these mini figurines were made based on his likeness.

Kwangno mans the booth himself, he might show you a photo-book titled “LOVE” that features images of him in a red leather mermaid tail if you ask nicely.

Go say hi to Kwangno An.

Don’t be put off by the name! Artist Dongsoo Lim is on a mission to combat “Satans” who show no consideration for others. Inspired by the silent but mischievous population, Dongsoo’s first season release is themed “Subway” and features familiar, yet universally-frowned upon commuting characters such as the Spreading Man, Molester, Bulldozing Senior, Cross-legged Woman, and Backpack Man.

The figurines are made in the form of suffering “Satans”, each tied to a keychain for us to hang them wherever we like. Will it work better than Bag-down Benny of Give-way Glenda? I’m not sure, but it surely is more satisfying.

Be honest, you want to do this to the ignorant fella with the huge backpack, right?

Beatnik is game for anything except the horror genre. He’s just not that into being spooked and having goosebumps in the middle of the night.
Previous post L.A. Noire revived for current-gen consoles and HTC Vive
Next post Esports heats up at STGCC 2017 with the ROG Masters SG Finals