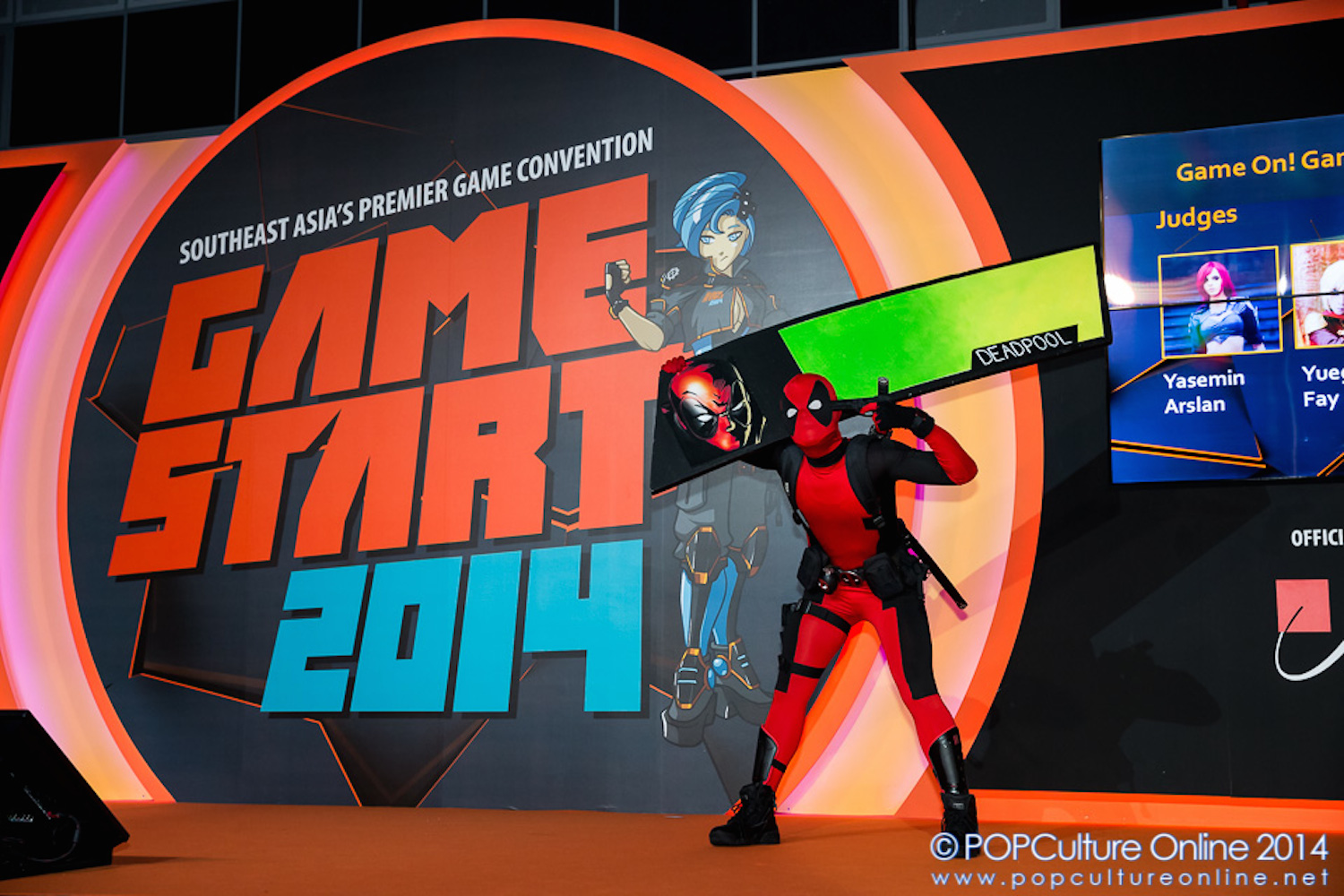 On 26 October 2014, GameStart saw 14 cosplayers in a solo competition, showcasing not just their costumes, but their performing talent as well. From a dancing Deadpool to a Singaporean Orbital Drop Shock Trooper (ODST), the cosplayers managed to wow the three judges:Yasemin Arslan (aka Vera-Chimera Cosplay) from Australia, Yuegene from Thailand, and Singapore’s very own Tessie.

Here are some of the more notable cosplayers:

The competition proved that cosplay is not just a simple hobby – it is a performing art on its own, pulling together singing, dancing, props, and even comedy.

While there were only 14 participants of the competition, many others were there in costume, purely for their love of cosplaying. Although they weren’t competing, their costumes were still astounding, boasting diligence and dedication.