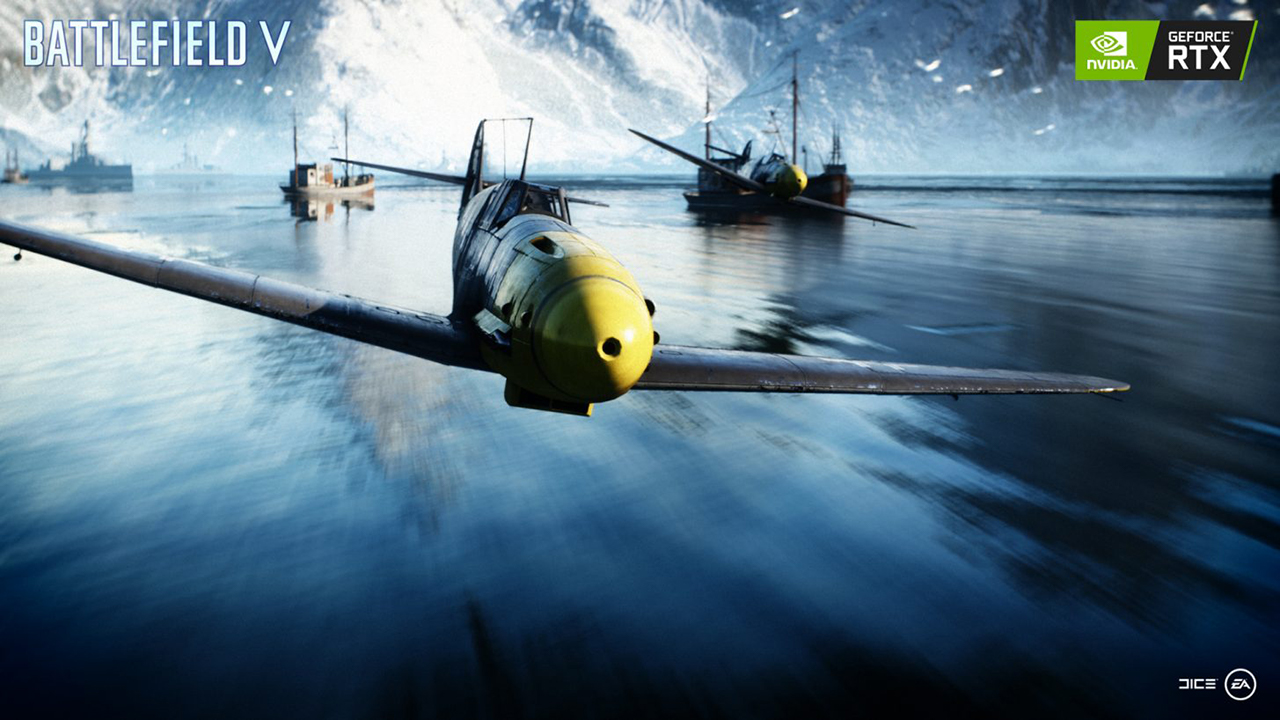 If you’ve boarded the Nvidia RTX train early then you might want to keep an eye on Battlefield V. EA’s World War II shooter is the first game to take advantage of the new DXR real-time ray tracing found on the Nvidia RTX series of graphics cards, heightening what has already been a visually stunning series.

Real-time ray tracing promises superior reflections, refractions, and shadows. The focus for Battlefield V are the reflections, with Nvidia writing that we’ll see “full-detail reflections that mirror the action happening in and around the player’s field of view.” They’ve helpfully published a showcase reel some time back, and it certainly looks like Battlefield is about to hit a new bar in graphical realism.

A word of warning, however. For this initial DXR update, you should set the game’s “DXR Raytraced Reflections Quality” to Low as there are known issues with the other options.

Naturally, those enhancements come at an added cost to memory. DICE states that you’ll need a minimum of 12GB RAM to run the game with DXR ray tracing, with the recommended amount set to 16GB.

Real-time ray tracing isn’t the only new feature in the RTX line. Nvidia have also introduced Deep Learning Super Sampling (DLSS), an AI-enhanced anti-aliasing mode promising faster and sharper renders, as well as content-adaptive shading. They all fall under the new Turing architecture banner, though the list of supported games is only about to start trickling in.

As for Battlefield V, there’s a slew of ways to get into the World War 2 shooter right now. The easiest would be the 10-hour Play First Trial available to Origin Access subscribers; we’re pretty sure those who pre-ordered the Digital Deluxe Edition are just counting down the hours to early access.

It’s still too early for a review, but do check our hands-on with the Battlefield V open beta if you haven’t already.

Ade thinks there's nothing quite like a good game and a snug headcrab. He grew up with HIDEO KOJIMA's Metal Gear Solid, lives for RPGs, and is waiting for light guns to make their comeback.
Previous post In photos: Dragons, beasts, and puzzles at the Singapore Zoo and River Safari
Next post Command & Conquer series to get remastered by original developers