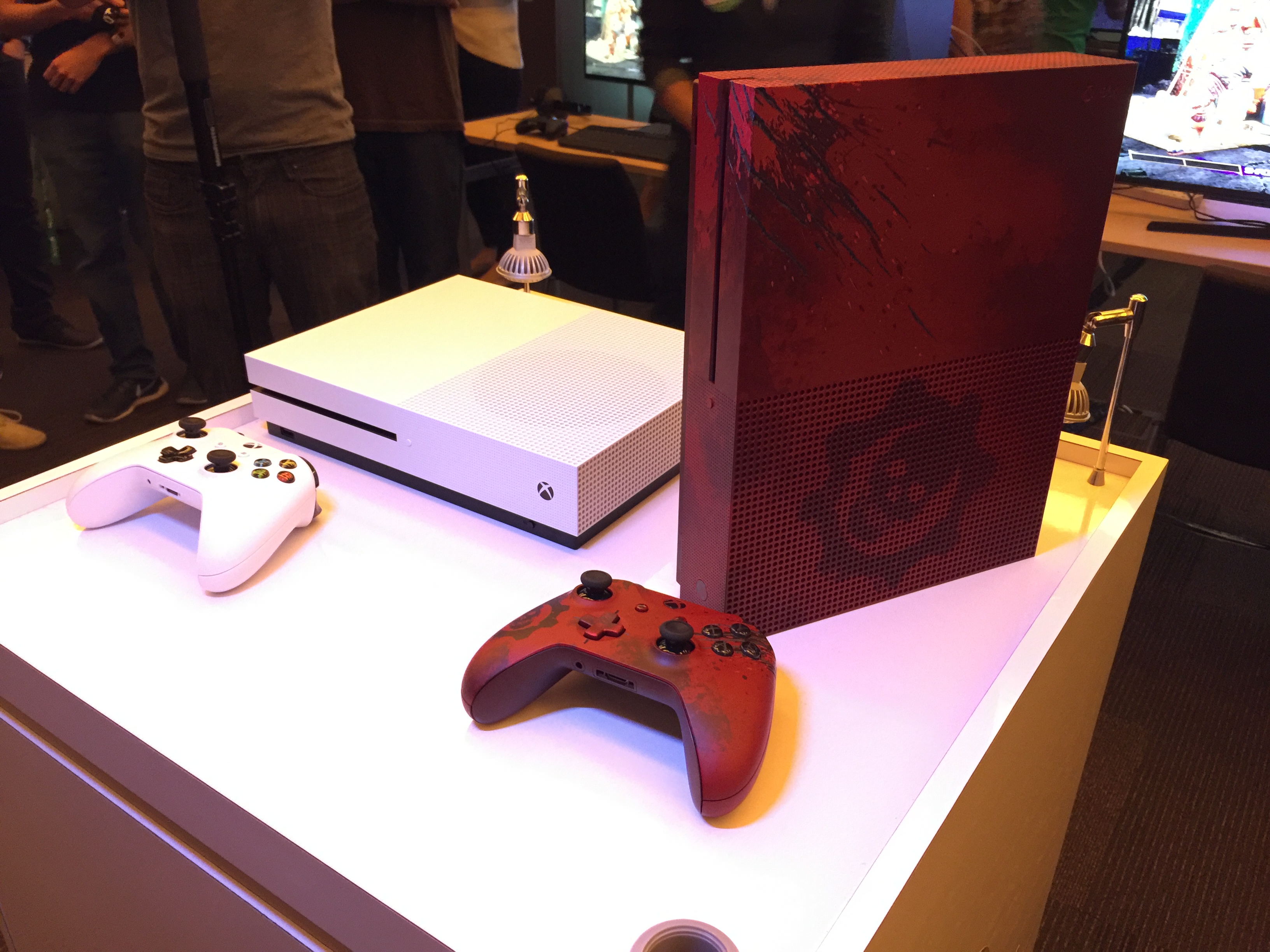 Microsoft has revealed that the Xbox One S Gears of War 4 Limited Edition 2TB Bundle will be out in Singapore on November 25.

Priced at S$699, the bundle will include a custom designed battle-weathered Xbox One S console with a 2TB hard drive, GOW4 Omen Limited Edition Xbox Wireless Controller (not the Elite controller, sobs!), digital copy of GOW4 for both Xbox One and Windows 10, GOW4 Season Pass and eight additional Gear Packs.

Xbox fans and gamers can also tune in to the Xbox Showcase 2016 live stream (on Xbox Singapore Facebook Page), that will happen at 9:00pm tonight, to watch the unveiling of the bundle.

Separately, Microsoft didn’t provide any update on the standard Xbox One S console availability. But if we have to hazard a guess, it’s very likely the small white box will be out not too long after the GOW4 2TB edition. We will update as soon as we hear of any news from Microsoft.

Aaron Yip is an industry veteran with more than 15 years of experience. When not spending time on his gaming PC and consoles, he can be found in Hyrule solving ungodly puzzles and collecting gems.
Previous post Top 5 Classic First Person Shooters
Next post Interview: WoW Legion’s Lead Class Designer and Senior Producer