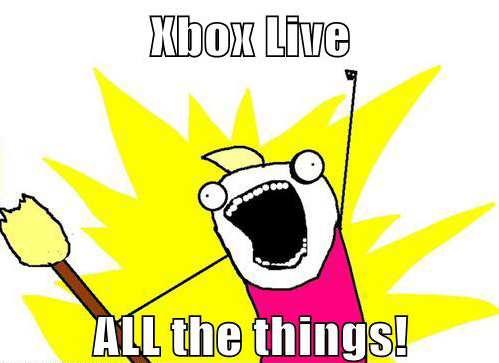 SmartGlass was impressive enough at E3 this year, but it was even better up close. At a SmartGlass demo this afternoon, we were shown how SmartGlass would work between the TV, Xbox 360, and your smartphone.

“Xbox is on a mission to make the entertainment that you love even more amazing and we know Singapore fans will really love how we are lighting up their devices,” said Rennie Addabbo, Director of Sales & Marketing of the Interactive Entertainment Business at Microsoft Greater Asia.

Using your SmartGlass-enabled phone with certain games could also enhance your experience there. A demo with the game Rise showed how a SmartGlass phone could help a player out by displaying a minimap on the attached smartphone.

A movie was also streamed to show how tablets could work with SmartGlass. Viewers would be able to download media from the Xbox Live and stream it from tablet to TV, with the tablet displaying information should one choose to stream the movie to the big screen.

Unfortunately, Singapore has never had much to choose from in the Xbox Live Marketplace – we don’t even have a Zune Marketplace like the US! – so we asked the spokesperson doing the demonstration how SmartGlass would be relevant in this part of the world.

He told us that apart from a couple of worldwide apps such as the NBA one announced at E3 this year, Microsoft also had a global music service available, and that we could expect to experience more of SmartGlass in the coming months.

In spite of the lack of available media in our region, SmartGlass is pretty impressive especially when you think of how much depth it can bring to current games. The Wii U and Sony’s Crossplay have the concept down pat, but how much more interesting – and cooler – would it be to shake up your gaming with your sleek smartphone/tablet?

Gamers will also be happy to know that SmartGlass won’t just be compatible with Microsoft phones and tablets. SmartGlass will be available across iOS, Android, and Windows phones and OS.