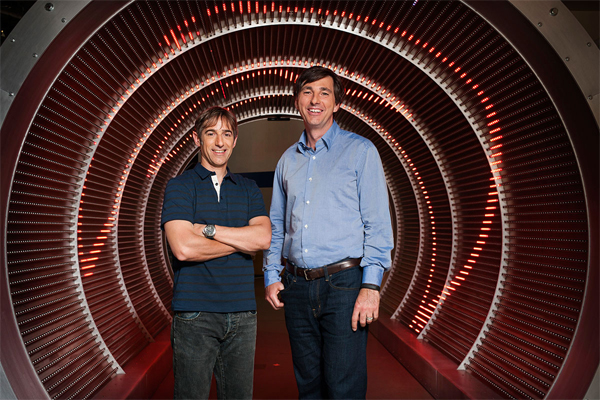 Multiple sources earlier informed AllThingsD that Mattrick will possibly assume the role of CEO at the financially troubled company, working together with Zynga founder Mark Pincus. This is now confirmed by Pincus in a note to employees.

“Today is a big day. I’m excited to announce that Don Mattrick will be joining us as Zynga’s new CEO and member of our Board. […] Going forward I’ll continue in my role as Chairman and Chief Product Officer. I’m excited to partner with Don and the rest of our team to return Zynga to its leadership role in inventing and growing Play as a core human experience.”

Mattrick is very much the public face of Xbox, with the unfortunate consequence of leading the disastrous Xbox One presentations – after all, he did tell consumers to buy an Xbox 360 when asked about the new console’s online requirements. While the policy reversal helped to mitigate some of the damage, Microsoft still has some ways to go to rebuild the brand. Having a new face associated with the Xbox One might help, despite Mattrick ‘s involvement in making the IEB division a success.

However, talks between him and Zynga have been going on for some time. The latter’s interest in acquiring an experienced executive like Mattrick is a sensible one, given their troubles as of late. Zynga has been struggling to transition into the mobile market and has already shuttered a few of its offices and studios since the company went public. AllThingsD comments that Pincus giving up his power to another is a sign of his commitment to revive Zynga – shares have risen since.

What does this mean for the rest of us?

Microsoft is unlikely to make any further changes to the Xbox One (it’s never going back to “just gaming”) and will have to bank on making the Xbox Live service desirable as well as securing exclusives. Who they pick as the next IEB president will reflect the direction they’ll be heading for the next few years, although whether it’ll be an internal or external candidate is yet to be seen. Microsoft CEO Steve Ballmer has sent an internal email celebrating Mattrick’s achievements yet did not address the matter of a replacement – we’ll likely get wind of it once Microsoft completes their restructuring.

Should Mattrick manage to “save” Zynga, we’ll probably see a major push on the real-money gambling (RMG) front all the while trying to break into the mobile gaming space. Zynga recently launched two RMG games in the UK and has already applied for a gambling license in Nevada late last year. The internet gambling market is a hotbed with billions in worldwide revenue, and should Zynga manage to tap into it they may return to the glory days of Farmville.

No prizes for guessing what the gaming community has to say.

Ade thinks there's nothing quite like a good game and a snug headcrab. He grew up with HIDEO KOJIMA's Metal Gear Solid, lives for RPGs, and is waiting for light guns to make their comeback.
Previous post Time for the Vengeance Cup Singapore Finals
Next post GMG Launches Its 666 Promotion