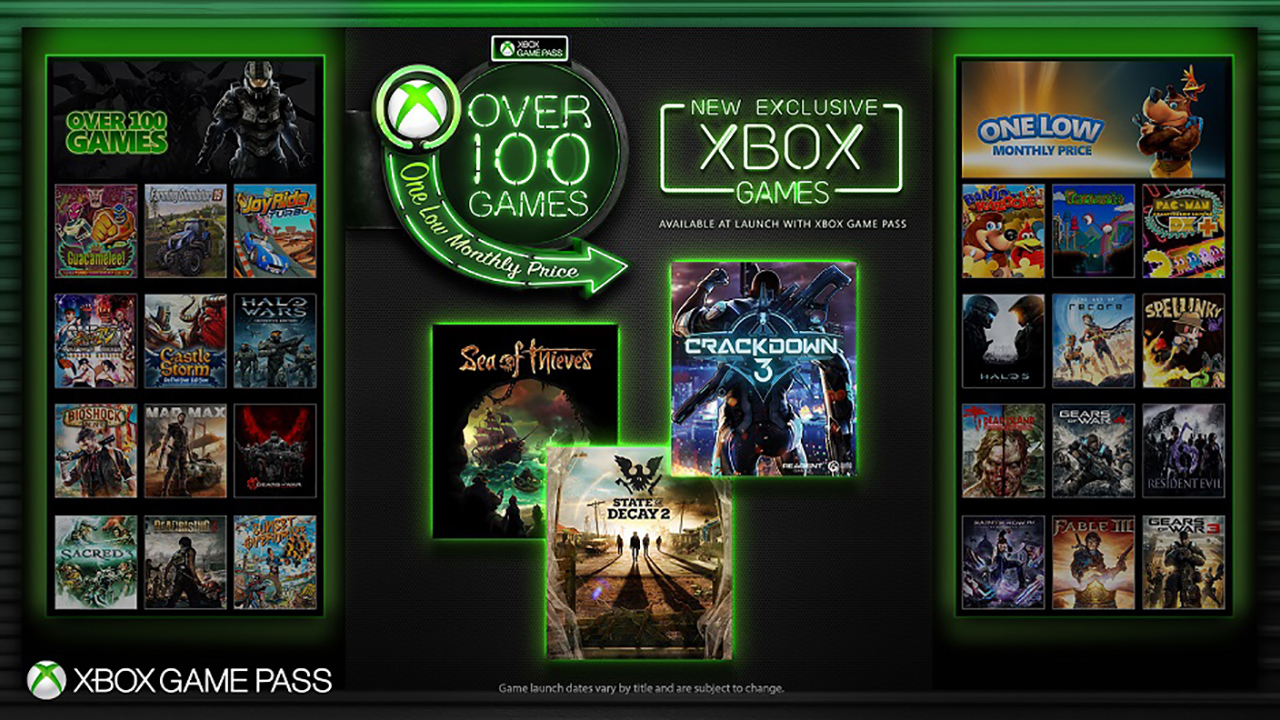 Sea of Thieves, State of Decay 2, and Crackdown 3 are just some of the titles that Xbox Game Pass subscribers will have access to as soon as they launch. From now onward, “all new Xbox One exclusive games from Microsoft Studios” will be a part of the $14.90 monthly program.

Xbox Game Pass launched in June 2017, providing unlimited access to a catalog of more than 100 games. These games are rotated in and out on an irregular basis, with recent additions including Bayonetta and the Metal Gear Solid V titles. While the service is a great proposition when it comes to older software— an area Microsoft are honing with their excellent backwards compatibility — the idea of a second subscription on top of Xbox Live fees ultimately lowered its appeal.

Microsoft’s latest move certainly addresses that, highlighting that players are now presented with a choice: either purchase a title and have it permanently added to your library (along with Xbox Play Anywhere benefits), or pick up an Xbox Game Pass to eke out the most bang for your buck. For example, Sea of Thieves is currently up for pre-order at $78.75, meaning you’ll save at least $60 should you get it through Xbox Game Pass instead.

Of course, the long-term costs are something you’ll have to weigh for yourself — it all depends on one’s gaming habits. And if you think you’ve found a title to hunker down with, do make use of the game and add-on discounts before turning off that subscription.

The entire Xbox Game Pass catalog can be viewed online, with a 14-day free trial for new users.

Ade thinks there's nothing quite like a good game and a snug headcrab. He grew up with HIDEO KOJIMA's Metal Gear Solid, lives for RPGs, and is waiting for light guns to make their comeback.
Previous post God of War releases on 20 Apr, new trailer and Collector’s Edition details revealed
Next post FF in SG: Square Enix talks about Dissidia Final Fantasy NT