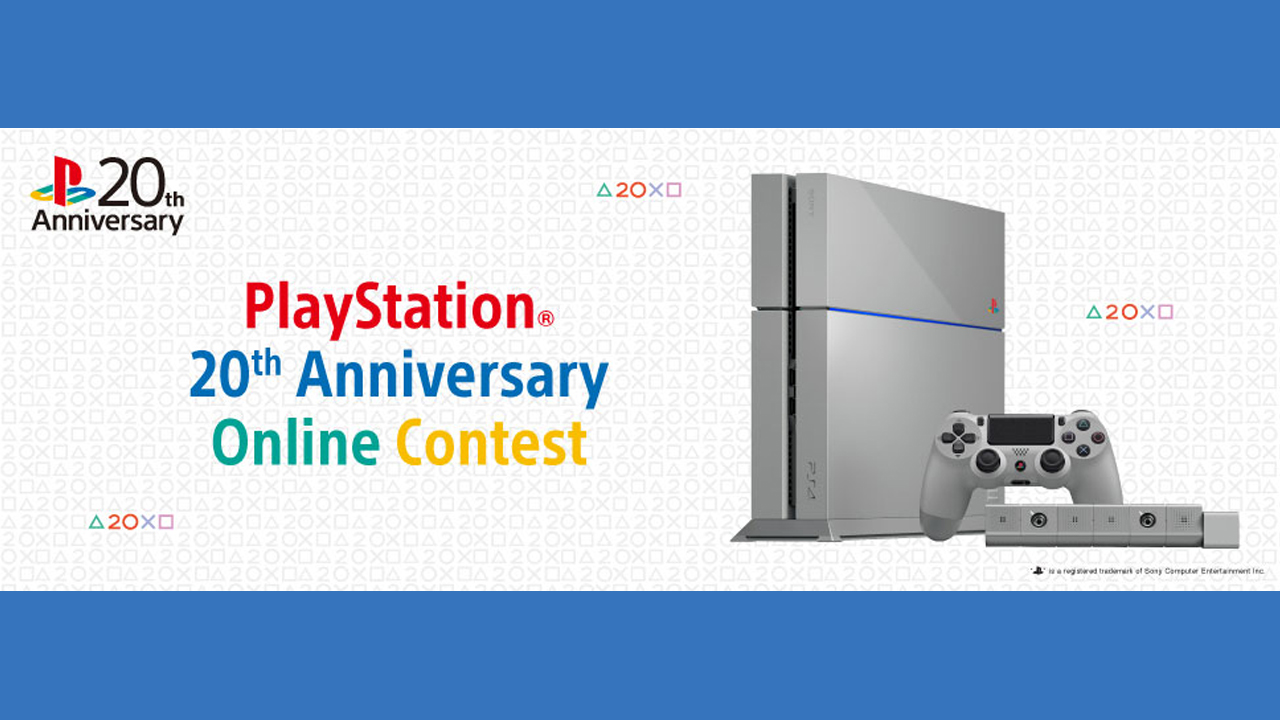 Only 123,000 units of this “Original Gray” 20th Anniversary PlayStation 4 will be produced worldwide, priced at a reasonable S$689 inclusive of the PlayStation Camera. Don’t worry if you missed yesterday’s press conference; we’ve got all the information you need right here.

Sony Computer Entertainment Hong Kong will be holding a “PlayStation 4 20th Anniversary Online Contest” for residents in Southeast Asia, from today until 21 December 2014.

Participants will have to register and tap their creative juices (and social connections!) by uploading any photo or video on Instagram with a specific hashtag. Winners will be determined by both the number of likes on Instagram and a judging panel according to how creative, inspiring and stylish it is. Judging weightage will be evenly distributed (50% each) between the two.

Perhaps you own every single PlayStation generation (I miss the PSone and its attachable LCD screen) or amassed an amazing library of games over the years – well now’s your chance to show them off! Failing that, you could simply show what your best moment with the brand has been, pull off a cosplay or go the extra mile and think of something seriously impressive.

If you’d like to see what’s packaged with the console you can refer to our earlier post.

Get cracking! Oh and try not to pester your friends too much.

(Update: 18 consoles have been allocated for each S.E.A. country.)

Ade thinks there's nothing quite like a good game and a snug headcrab. He grew up with HIDEO KOJIMA's Metal Gear Solid, lives for RPGs, and is waiting for light guns to make their comeback.
Previous post This 20th Anniversary Limited Edition PlayStation 4 Is Only SGD689
Next post Got an EA Mobile Game Installed? Log In For Free Gifts!