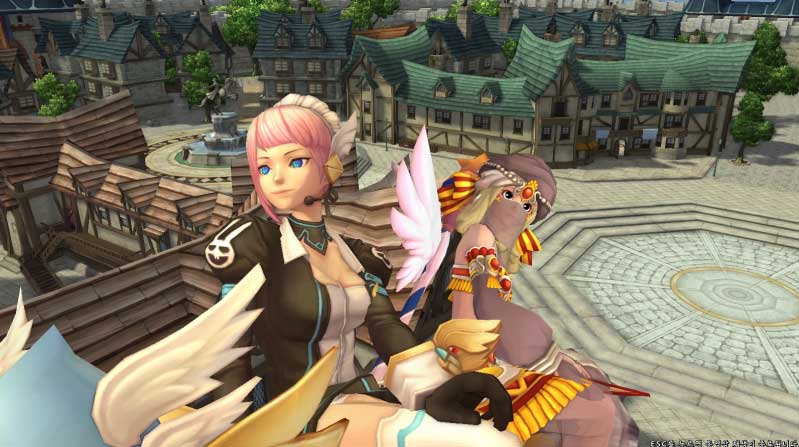 Asiasoft announced their newest blockbuster MMORPG Ragnarok Online 2: Legend of the Second at Licence2Play yesterday, but did you know that there was actually another version of RO2 before it?

Ragnarok Online 2: The Gate of the World was the first iteration of the sequel to the wildly popular Ragnarok Online, and was first announced in November 2004. The game fell into developmental hell after poor reception and negative feedback following its open beta testing in 2010. Legend of the Second began development in that same year, and is currently only in open beta stage, although the English version we’re playing locally is in closed beta.

Gate of the World introduced the Specialty Job system, the Complex Job Change system, Equipment Levels, and Races, making the game an entirely different one compared to the original Ragnarok Online, with its rigid class and job choices, constant equipment upgrades, and single character race. Apart from having the human looking Normans, GotW also introduced the half-Norman, half-Elf Ellr, and the Dimago, the rejected offspring of Colossi and Normans. With the completely revamped job system and equipment that was supposed to level with you, it’s easy to see why fans of the original game would complain.

Legend of the Second feels a lot more like a proper sequel to the much beloved RO when compared to Gate of the World. It keeps the job system we know and love so well, and adds a Dual Life system to it. So apart from choosing your classes, you also get to spec in a lifestyle class. Talk about having your cake and eating it, too. You can choose to be an Alchemist, an Artisan, a Chef, or a Blacksmith; a bit like World of Warcraft but with more finality.

The Kafras from RO also return, albeit in the form of ‘innkeepers’. They allow you to save your current location as a checkpoint, so you respawn there if your character dies or if you use a Butterfly Wing. They also serve as banks.

Taking another leaf from Blizzard’s book, Legend of the Second also has a flying service. Players can hop onto a flying ‘taxi’ service to get to different locations within the map. And with familiar landscapes now rendered in 3D, it’s about time one stopped and enjoyed the scenery.

The Khara system – a unique game function that offers you challenges based on how you play the game – is also new to Legend of the Second, while the Card system from RO has been upgraded for a new generation of players.

We’ve been giving the game a go at Asiasoft’s booth at Licence2Play 2012, so stay tuned for our impressions on Ragnarok Online 2: Legend of the Second.

In the meantime, you can scratch that MMORPG itch at Asiasoft Online’s booth at Licence2Play 2012, at the Marina Bay Sands Expo Hall E.