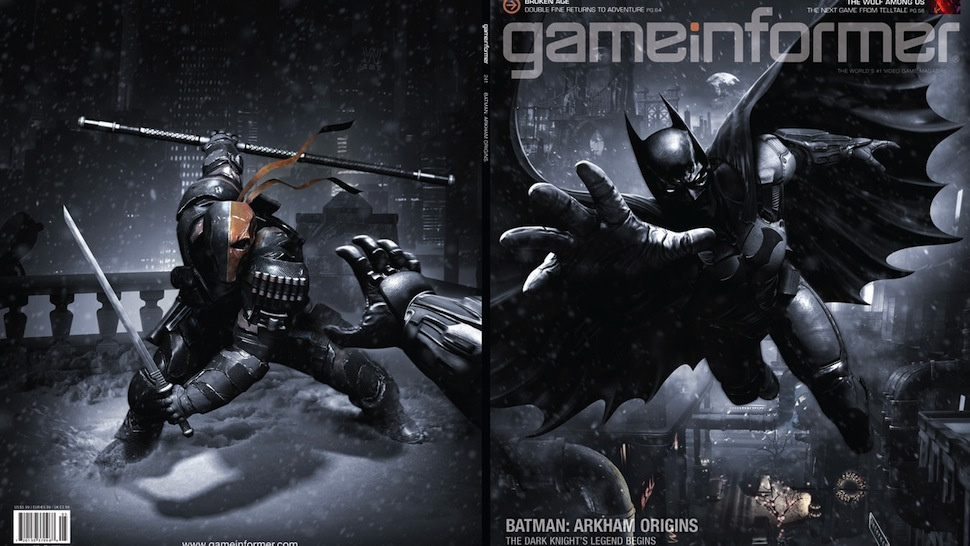 New Batman game will not be developed by RockSteady, but WB Montreal, who has full access to the proprietary Unreal engine.

Batman Arkham Origins will take place before the two games the series has under its belt as Arkham Asylum and Arkham City. Players will face villains as an inexperienced Batman. Also announced was Batman: Arkham Origins Blackgate for the Nintendo 3DS and PS Vita as a “2.5D Metroid-style game”.

The news was revealed as gameinformer released its cover for its May 2013 issue. The console version of the game is set for an October 23rd release on Wii U, Windows PC, Xbox 360 and PlayStation 3