Trailers And Announcements Of Spike VGA 10 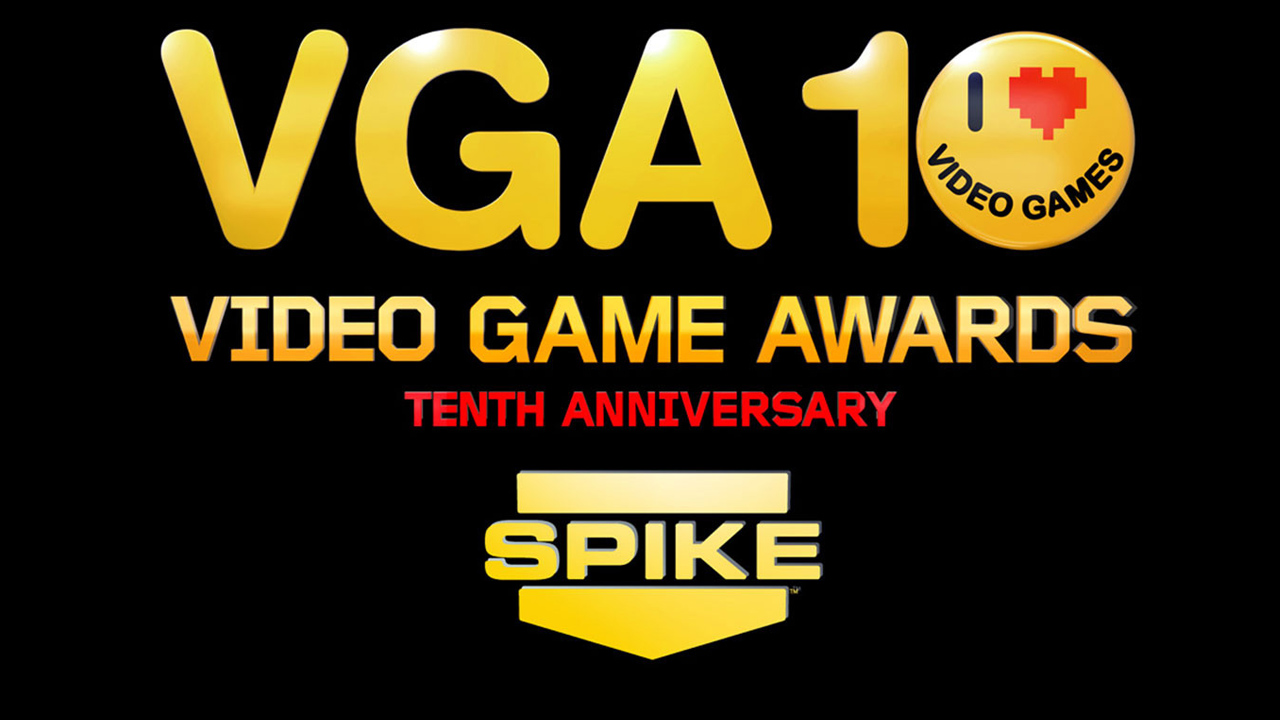 The 2012 Spike Video Game Awards (VGA 10) concluded in California not too long ago to the tunes of Tenacious D. Hosted by Samuel L. Jackson with appearances from celebrities like Jessica Alba, the VGAs are undoubtedly one of the flashiest events in the gaming industry. Many (including myself) question the awards ceremony itself but there’s no denying the marketing potential here, which is why the Spike VGAs are also known for world-premiere trailers and announcements. Find out just what those were below.

(Note: All videos mentioned here are hosted on GameTrailers. We get regional restrictions on Spike.com and Viacom isn’t too happy about these premieres appearing on YouTube.)

With that said congratulations Telltale Games! Not only did they pick up the Studio of the Year award, they’ve also won Game of the Year for their emotionally gripping The Walking Dead. To see what the other categories and their respective winners are, head over to the official page on Spike.

We all knew it was coming but it’s not stopping the repressed memories, hype and excitement anyway. The modern face for games with punishing difficulty (indie darlings Super Meat Boy and Super Hexagon aside), the world of Dark Souls will be coming back to haunt you with “unrelenting challenge and suffering”.

This won’t be related to your past adventures though. In Dark Souls II you’ll be taking control of a different character in “an unfamiliar world” for a completely new storyline. That’s not all that’s changed either, as the press release states that the series’ creator, Hidetaki Miyazaki, is now taking the role of Supervisor; instead, the sequel’s development will be led by Tomohiro Shibuya, whose previous work includes Monster Hunter.

“This new chapter in the Dark Souls saga presents opportunities for us to drive innovation in gameplay design, develop an entirely new story, and expand the scope of the world in which the player interacts with the game. We have taken these necessary steps with Dark Souls II in order to evolve the overall experience of the Dark Souls series,” said Shibuya.

“The entire development team is striving to make Dark Souls II an experience that is fresh while not forsaking its roots in presenting players with challenging gameplay. Our goal is to surprise and delight our fans with new experiences and plot twists while enticing new players to join our dark journey.”

More details will be released in the months leading to release. Until then, watch the cinematic trailer here (it begins at 2:30).

It looks set to be as cinematically spectacular as the Uncharted series, but Tomb Raider has always focused more on exploration and puzzles (which, admittedly, can be a little obtuse). It’s hard to tell whether they’ll be bringing that back from this trailer, although previews from various sources indicate that puzzles feel more natural and that exploration is a rewarding experience. Combat has been revamped for the reboot too and many agree that it’s actually enjoyable compared to its predecessors; however, fighting still felt a little inappropriate at times, considering the game’s theme.

View the action for yourself here.

If you haven’t heard the news then yes, Infinite has been delayed by another month. Ted Levin from Irrational Games revealed in a statement that Rod Fergusson (previously of Epic Games), VP of Development, told him this: “Look. Frankly, I think you could really benefit from another three or four more weeks for polish and bug-fixing. I knew I’d probably get beat up in the press a little bit about it, but at the end of the day, if it’s going to make a better game, we’ll do it.”

Which is fine by me as I’ve always been an advocate of high-budget games taking the time to be good on release – as long as it doesn’t end up being another Duke Nukem Forever. While I prefer the creepier undertones of the first BioShock and its underwater city of Rapture, the lively bustle of Columbia up in the clouds is a – wait for it – welcome breath of fresh air.

Quick, watch the gameplay trailer before the pun-mob lynches me.

The Last of Us
Naughty Dog, Sony Computer Entertainment
PS3
7 May 2013

Every new video from The Last of Us never fails to blow me away and this one’s no different. Rather than a snippet of Joel and Ellie’s harrowing adventures – because remember, the game isn’t about fungal zombies, it’s about a “father-daughter-like relationship” – we get a narrative approach that sheds a little extra light on what’s going on.

The outdoor scenes prove to be the most interesting here, since it shows you visiting a variety of places and not just scavenging the city for supplies. It suggests a degree of open-world exploration to it, but chances are we’ll be seeing set-pieces and levels in Uncharted fashion, simply to keep the story tight and cohesive.

I don’t want to spoil the trailer’s reveals too much, so go ahead and take a look at it here. The video begins at 2:36, but if you want to watch a live-performance of thetheme, start at 1:30 instead.

It’s hard to talk about Lords of Shadow 2 without spoiling the first for those who’ve yet to play it. If you fall into this category, do not watch the trailer. I know the reboot has been out for two years already but I’ll just stick on the safe side and avoid mentioning the story.

This doesn’t leave me with much.

Gabriel is back and he’s thirsty for vengeance. We don’t see him wielding his incredibly unfair powers like in the E3 2012 trailer, but we do get to hear his monologue and his assertion of identity. Even more interesting is the reveal towards the end where we see when the sequel is taking place. It’s made me slightly worried since I don’t know many games of Castlevania’s genre that excel in said time period. We’ll have to just wait and see for more details in the coming months.

The trailer is here, which happens to be in the same video as The Last of Us so maybe you’ve inadvertently seen this already– quite annoying. If not, it starts at 4:45 and remember: Vampires today can still be cool.

Replicating a certain style of humor can be tough, especially when it’s a mix of smart and juvenile like South Park. Luckily for us then that the series’ creators, Trey Parker and Matt Stone, are writing the script, voicing the characters and overlooking development of the game.

This trailer clearly shows that they’ve  captured South Park’s brand of magic – a brand where expletives fly, turds talk and an animated man’s rear-end appears on-screen every so often. I found it strange how Obsidian was approached to develop this, but after seeing this they seem like the right fit. Combat and gameplay isn’t touched on in this trailer, but know that you play as the new kid on the block and combat will be similar to turn-based RPGs with a time-based twist (like pulling the trigger of Squall’s Gunblade in FF8 just when the attack hits).

The first DLC for Assassin’s Creed III will be a three-part episodic affair and has been confirmed by Ubisoft as being non-canon. So whether it’s all a simulation or some fever-dream of Desmond’s, we’re not really sure.

As the title says, the DLC presents a scenario where George Washington isn’t the noble leader history taught he is, using the opportunity he’s presented with to forge his personal empire. You can probably guess whose job it is to stop him. The trailer doesn’t reveal much, choosing to have a narration over a series of illustrations that paint a grim picture of alternate America.

It’ll be available as part of the five-DLC Season Pass which is priced at US$29.99 except for WiiU owners, who are for some reason forced to purchase them individually. The trailer is here and it begins at 4:05.

If you’re wondering who People Can Fly are, they’re the guys who made Bulletstorm so they know a thing or two about shooters. The studio also handled the PC port for the first Gears of War, hence they’re familiar with the lore.

The trailer doesn’t really say much other than showing Damon Baird and his Gear team cut with scenes of the Locust invasion and Coalition forces mustering. The story is a prequel, set 30 days after emergence. What the video doesn’t show is that the events are being told via flashback, as Baird and his team recount the details of what happened at a court martial. It’s a nice way to mix things up for a series that’s will soon be in its seventh year.

Ah, at last we come down to it, my favorite and easily the most mysterious reveal of VGA 2013: the announcement and trailer for The Phantom Pain.

Just who is Moby Dick Studio? Nobody knows because apparently they’re new. Their official page betrays nothing except the PS3 and Xbox 360 logos, their location in Sweden and the name of their CEO as Joakim Mogren.

I’ll get straight to it: I and many others have reason to believe that this game is related to Metal Gear Solid 5. It may even be one and the same, or a separate installment on the MGS timeline. I can’t risk launching into speculation too much else this post’s word-count will soar like a certain whale you’ll see in the video, but the thing is littered with clues — and you know what Hideo Kojima is like when it comes to teasing the world.

Visually it looks like MGS, from the way everything is presented to how the character looks like Snake (or Big Boss) and even the way he crawls on the floor. The camera shots, set-ups and stealth feel familiar, so too are the appearance of mysterious characters that seem ripe to play as MGS’s enemy bosses. The trailer is broken up by text against a black background – a style similar to Kojima Productions, and one even went “Nowhere to hide”. The length of the video feels draggy too, perhaps intentionally to poke fun at MGS.

Outside of that, we have the studio CEO’s name, Joakim, that is an anagram for “Kojima”. But the best and most telling part is how people at the Konami party wore The Phantom Pain/Moby Dick Studio T-shirts.

We’re on to you, Kojima. Find the trailer here at the 10:40 mark. Should you want to, keep up-to-date with the Internet detectives’ guesses over on NeoGAF.

Phew, so that wraps it up for VGA 10’s announcements and trailers. What are you looking forward to most in 2013? Don’t forget that we’ll very likely see the new consoles too, so it promises to be an exciting year either way.

Ade thinks there's nothing quite like a good game and a snug headcrab. He grew up with HIDEO KOJIMA's Metal Gear Solid, lives for RPGs, and is waiting for light guns to make their comeback.
Previous post Capcom Announces Street Fighter X Mega Man PC Game, Made By Singaporean Seow Zong Hui
Next post Nintendo Wii U Nearly Made It To Licence2Play '12