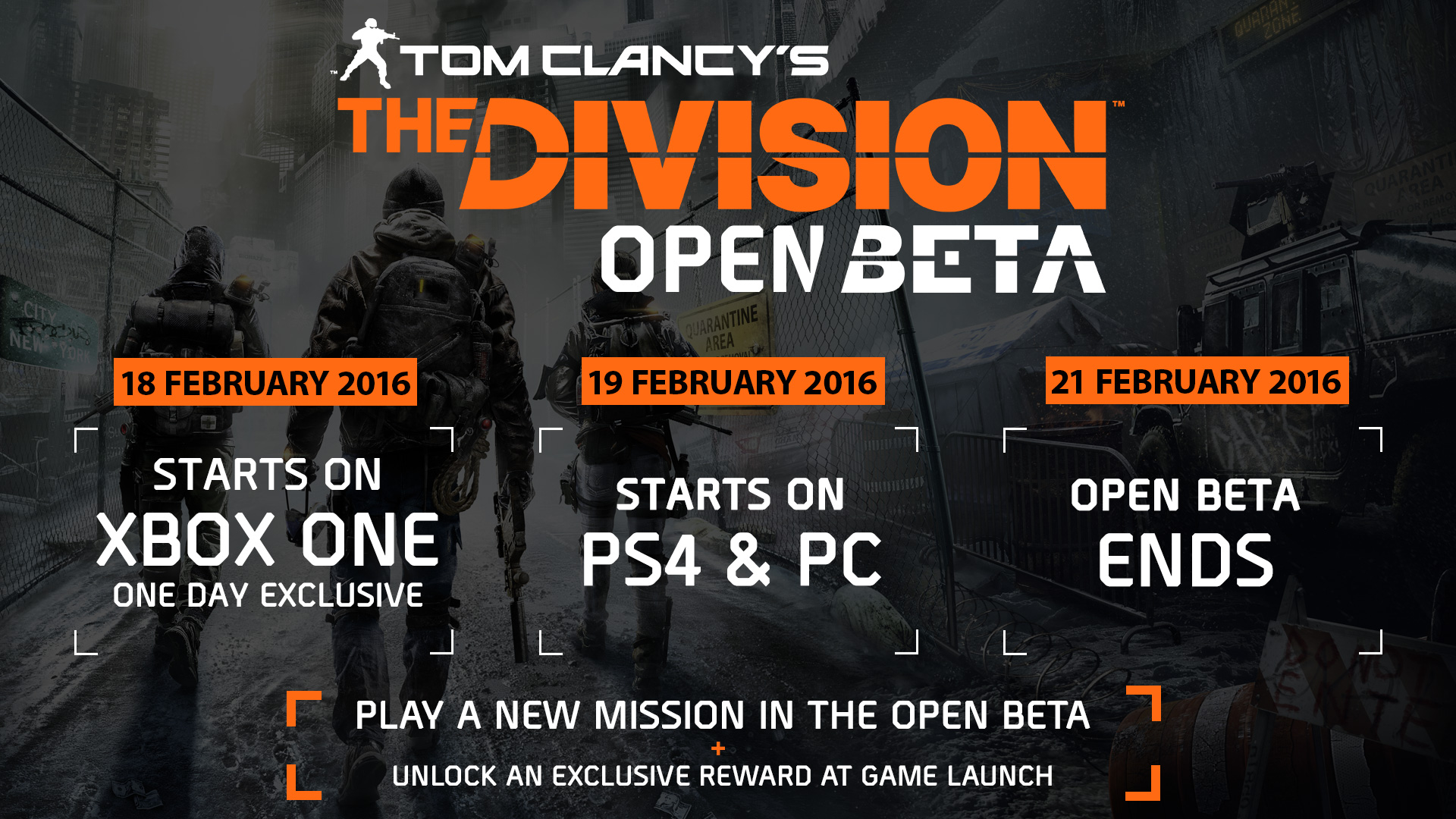 An open beta for Tom Clancy’s The Division will run from 19 to 21 February 2016 for PC and PlayStation 4, with Xbox One owners getting their boots in a day early.

Ubisoft announced it will have a story mission that wasn’t featured in the closed beta, as well a special in-game reward available at launch – got to get that loot before looting officially begins, after all. The wait isn’t that long, though, as the The Division is set to launch on 8 March, just three weeks from now.

Developed by Massive Entertainment and Ubisoft, Tom Clancy’s The Division is an online squad-based shooter, similar to Destiny in that you can meet other players, but far more tense as bullets can turn friendlies into hostiles in a matter of seconds. If there’s precious loot involved, there’s every chance those shots are coming from one of your now-former squad mates too.

In keeping with the late Tom Clancy’s fictional approach, the story presents a scenario in which New York City has been ravaged by a pandemic, leaving survivors to try and pick up the pieces. Players take on the role of sleeper agents from The Division, an independent unit now tasked with safeguarding society and investigating the source of the virus.

On a related topic, have you tried out the surprisingly excellent Tom Clancy’s Rainbow Six Siege?

Ade thinks there's nothing quite like a good game and a snug headcrab. He grew up with HIDEO KOJIMA's Metal Gear Solid, lives for RPGs, and is waiting for light guns to make their comeback.
Previous post Celebrate Street Fighter V’s launch in Singapore with Capcom’s Tomoaki Ayano
Next post Go on a yarn-full adventure with Unravel