Hear ye! Hear ye! To the surprise of absolutely no one, the venerable Dota 2‘s de facto world championship The International has once again claimed the title of “Largest Prize Pool in Esports History”.

Sarcasm aside, it’s applaudable that the tournament has held on to its throne for as long as it did, even though it had its rule briefly usurped by the Fortnite World Cup. That said, order was soon restored after its prize pool once again edged ahead of the competition. No pun intended.

At the time of writing, TI9 boasts a massive prize pool of US$30 million (~$40.8 million)… and counting. According to this dedicated tracker, there’s just over a month left of crowdfunding for the annual event.

TI9’s prize pool primarily comes from player purchases of Dota 2‘s Compendium and Battle Passes. Now, that might not seem significant, until you factor in that only 25% of each purchase goes to the prize pool. 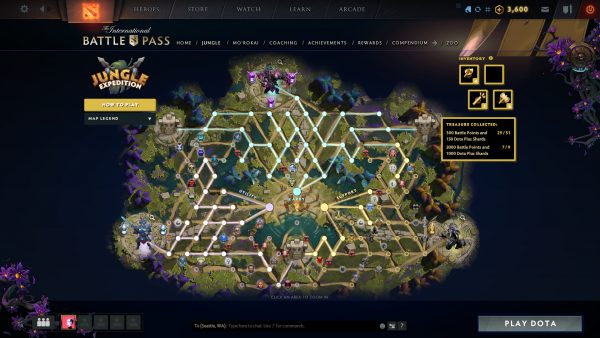 That means the actual amount spent on these content is staggering — easily four to five times the prize pool itself!

Anyway, TI9 is set to take place at the 18,000-seater Mercedes Benz arena in Shanghai, China, next month. The tournament draws huge crowds every year, and is a sold-out event 99% of the time.

Indeed. People are that passionate about Dota 2, a video game. If you think about it, that’s both frightening and impressive. In any case, we’ll be back to check on the numbers again when the crowdfunding period closes.

Kenneth is your dedicated jack of all trades gamer and borderline anime nut. When not writing, he likes to wind down with Overwatch, Apex Legends and a bit of Fate: Grand Order on the side.
Previous post THQ Nordic is bringing a surprise reveal for Gamescom 2019
Next post Gearbox drops a new video profiling Borderlands 3’s Promethea!