This is what Battlefield V battle royale looks like, launching today 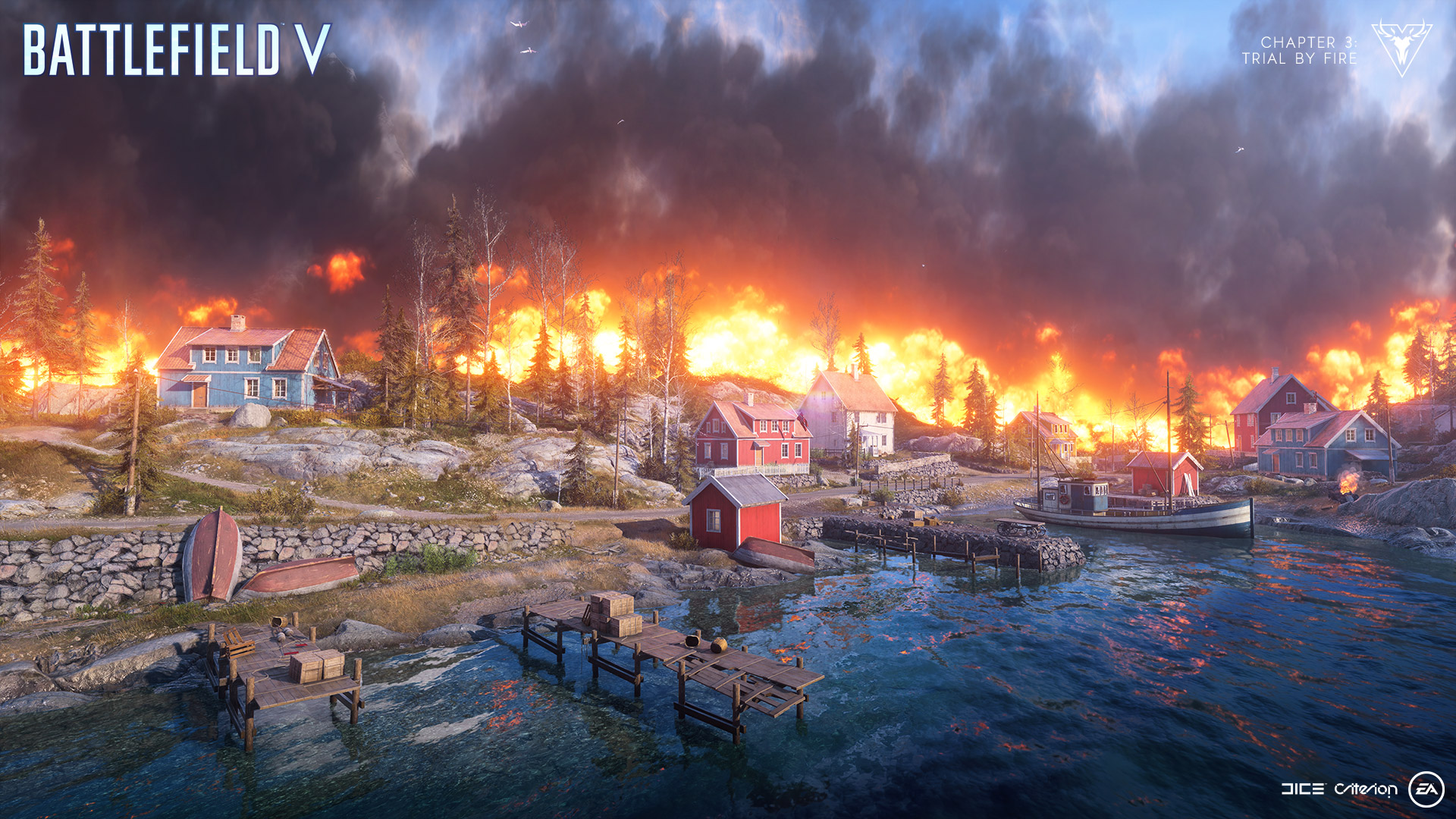 Forget all pretenses of historical accuracy, Battlefield V are about to dice things up with their new Firestorm battle royale mode launching today, Mar 25.

In Firestorm, 64 players skydive onto a new sandbox map called ‘Halvoy’, which is supposedly ten times larger than Battlefield V‘s “Hamada’. Set in the Scandinavian region, the map’s eastern half is dominated by snowy terrain, separated from its western continental half by some lakes. The official Twitter account revealed some interesting images for Halvoy, including an outline of just how much smaller Hamada is by comparison.

Every clash of arms and armor, every Objective claimed with your squad, and every only-in-Battlefield moment on Hamada fits into a fraction of Halvøy. pic.twitter.com/AgOM5E5Iks 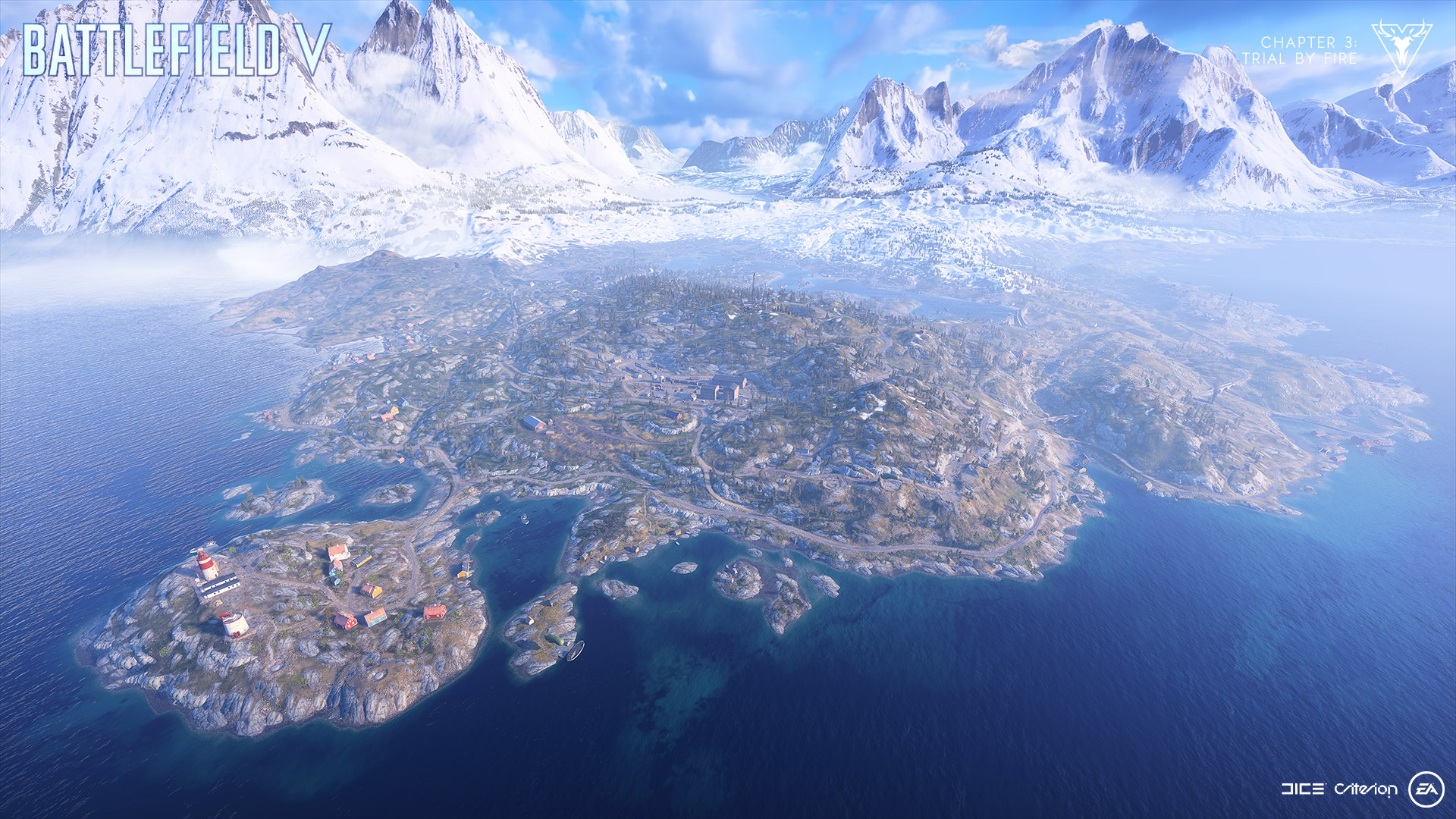 Players may airdrop in anywhere on Halvoy, which is going to be huge. (DICE/Criterion/EA)

It’s massive, to be sure, but what separates Battlefield‘s take on battle royale is the series’ long history with combat vehicles. Firestorm launches with 17 vehicle types — Panzer tanks have been confirmed, and the gameplay trailer below shows a helicopter, boat, car, and even a tractor joining the list. However, these are secured in Vehicle Lockups that players must first secure and unlock. 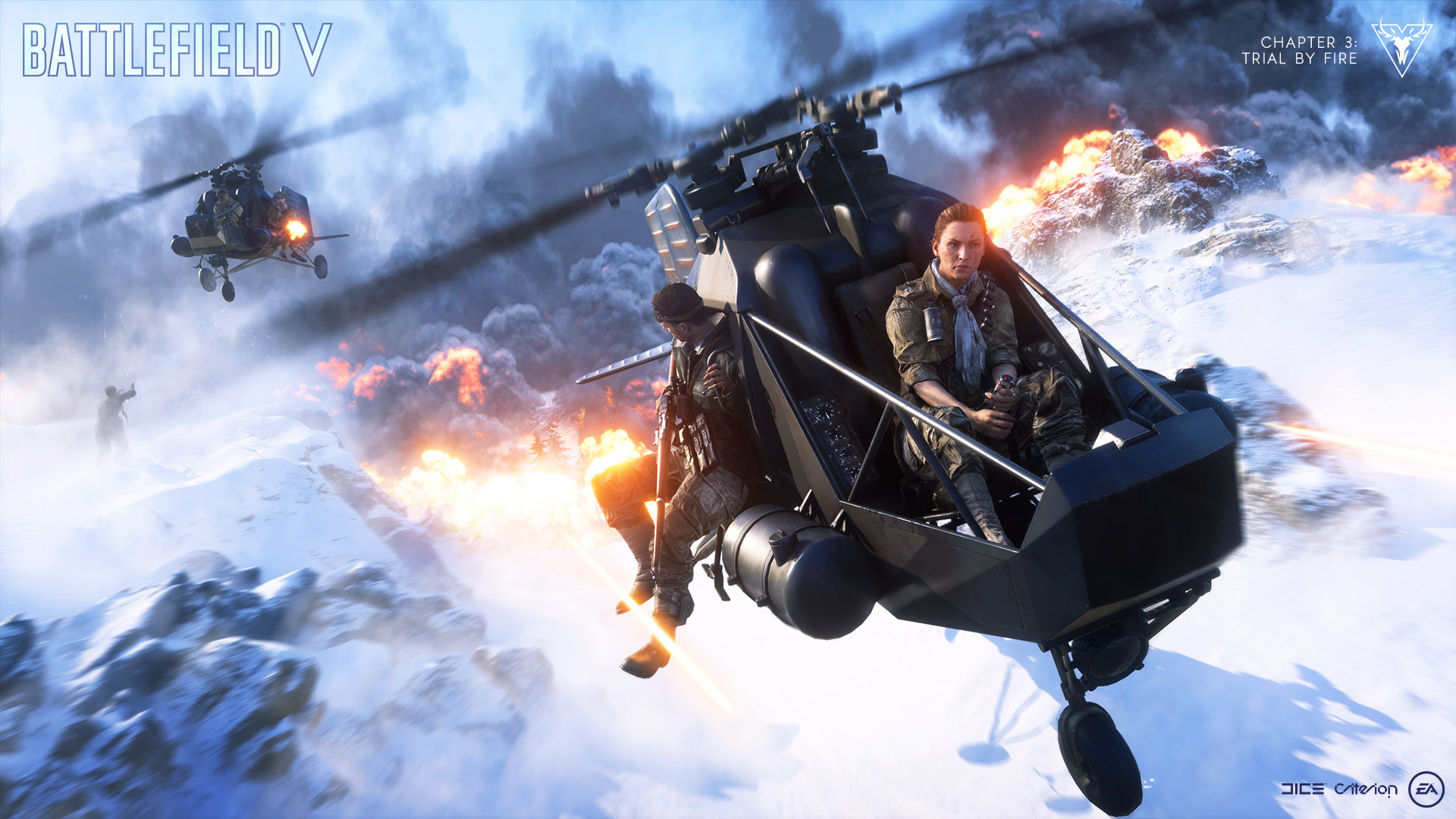 Yep, there will be helicopters. Better hope you have good pilot! (DICE/Criterion/EA)

Survivors have plenty of ways to arm themselves when competing for one of these vehicles or dealing with the aftermath. On top of the usual floor loot and supply drops key to the genre, Firestorm will also have alternative loot sources such as safes and resupply points. There are also flare guns to call in reinforcements. 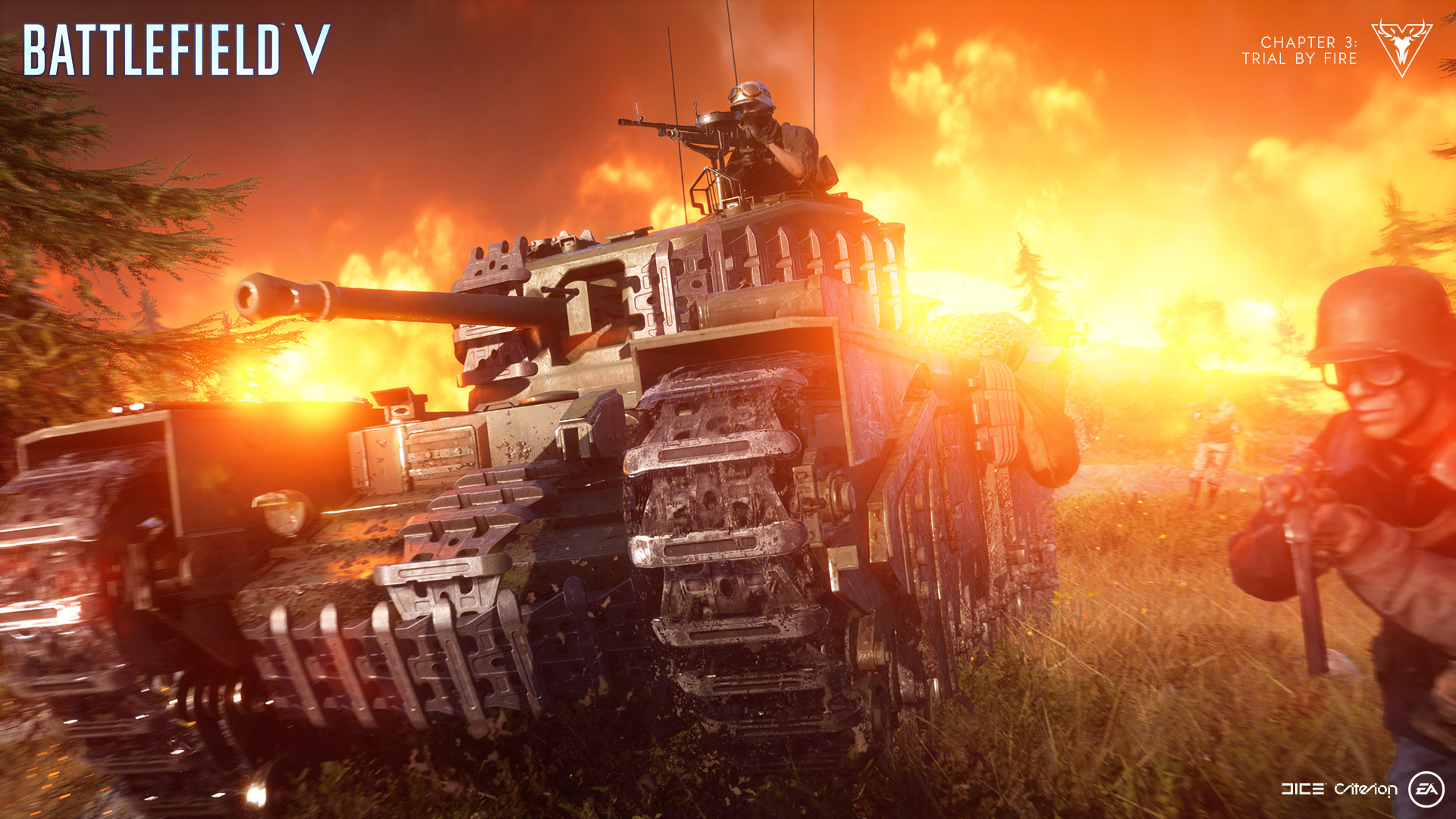 Each soldier has space for two primary weapons, one sidearm, and four slots for items such as healing and throwables. Other battle royale fare include expandable inventory and squadmate revivals — looks like the poor medic class has been given the boot — although players do drop in with a weapon, albeit with less ammo.

Those 64 players will be deployed either as a four-man Squad or a lone wolf Solo; two-man Duos have been reserved as a post-launch update.

Check what all that looks like in this gameplay trailer:

Firestorm is not a standalone, so you need to own Battlefield V in order to play it. It may just be the panacea to the online shooter’s poor  sales, though player counts certainly won’t be competing with free-to-play kings Fortnite and Apex Legends.

Battlefield V is available on PC, PlayStation 4, and Xbox One.

Ade thinks there's nothing quite like a good game and a snug headcrab. He grew up with HIDEO KOJIMA's Metal Gear Solid, lives for RPGs, and is waiting for light guns to make their comeback.
Previous post Sekiro is currently the 4th most-played game on Steam
Next post Marina Bay Billionaire Clicker lets you rebuild the famous Singapore skyline