Home / Latest / Games / The Humble Origin Bundle Is A Steal

The Humble Origin Bundle Is A Steal 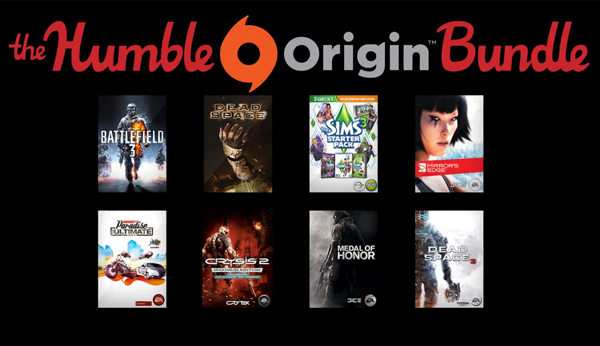 Don’t feel sad, PC gamers — you get a bundle too.

Electronic Arts’ Origin service hasn’t seen much popularity since its launch for a few reasons, so in a bid to attract new users EA has teamed up with Humble Bundle for a surprisingly good offer. Games aside, all proceeds received by EA will be donated to five charities. And the biggest surprise of all? You’ll be getting a few Steam keys too!

Since the games can only be acquired via Steam or Origin, the minimum price to acquire this Humble Bundle is US$1. Even so, it’ll net you titles as recent as Dead Space 3, which is currently listed for SG$64.90. Other notables include Mirror’s Edge (considering how its sequel is in development) and Burnout Paradise: The Ultimate Box.

Paying above the average — US$4.72 as of press time — will also get you Battlefield 3 and The Sims 3. The latter comes with the “Late Night” and “High-End Loft Stuff” expansion packs, which makes it fairly more attractive for Mac gamers as this is the only Mac-compatible title of the lot.

Regardless of what you pay, the Humble Origin Bundle comes with soundtracks for both Battlefield 3 and The Sims 3, in your choice of MP3 or delicious FLAC. Last day for this Bundle is on 28 August.

Ade thinks there's nothing quite like a good game and a snug headcrab. He grew up with HIDEO KOJIMA's Metal Gear Solid, lives for RPGs, and is waiting for light guns to make their comeback.
Previous post Capcom Essentials Packs Five Games
Next post Plants vs. Zombies 2 Has Sprouted for iOS