Home / Latest / Games / The Division 2 drops a series of updates for the story, Dark Zones, and a private beta

The Division 2 drops a series of updates for the story, Dark Zones, and a private beta 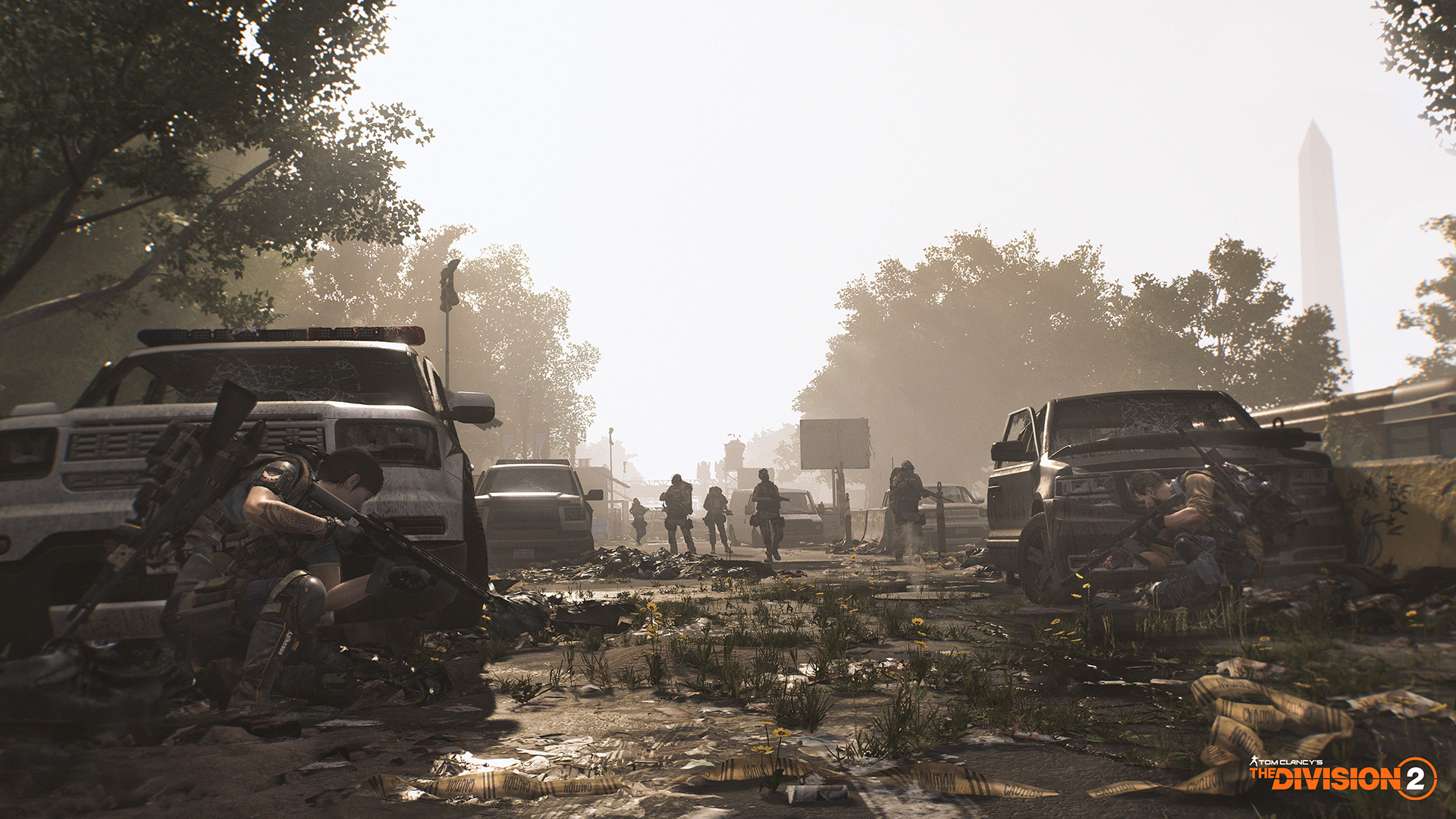 With Far Cry 5 and Assassin’s Creed: Odyssey behind them, Ubisoft is now pushing shooter-looter The Division 2 into the spotlight. Like a much needed supply drop, they’ve given us a new story trailer, dates for an upcoming private beta, and a look at the new multiplayer Dark Zone.

To bring you back up to speed: The Division 2 takes place seven months after the Black Friday virus outbreak in New York City. Players now fill the boots of Division agents in Washington D.C., who not only have to deal with widespread anarchy on the streets but broiling rumours of a coup. Given the event and plot reveals of the first game, that second bit shouldn’t come as a surprise.

For now, Ubisoft just wants us to know who we’ve got under our sights and crosshairs. This “one-to-one recreation” of D.C. will be populated by True Sons, Hyenas, and Outcasts — three hostile factions who couldn’t be any more different in style and approach. We can see some conceptual similarities between them and the original game’s roaming baddies, but it’s nice to see they’ve taken a few colorful cues from Watch Dogs 2.

Anyway, here’s what they had to say:

True Sons: A paramilitary force that relies on combat expertise and overwhelming firepower to dominate their enemies and expand their territory. Smart and organized, the True Sons are led by a former JTF officer whose ruthlessness and cunning make him a dangerous adversary.

Hyenas: A loosely organized gang of opportunistic raiders that prey on struggling civilian encampments through violence and intimidation. These hedonistic scavengers take everything they can steal and destroy everything else to deprive their enemies of valuable resources. The Hyenas are led by a council of the strongest pack leaders.

Outcasts: Bitter survivors of a forced quarantine bent on revenge against those who brutally imprisoned them and the society that stood by and let it happen. Their charismatic, bloodthirsty leader believes everyone is complicit and urges her followers to punish the guilty by spreading sickness and murdering indiscriminately.

Just as exciting are the new environments and military gadgets we’d get to play with, some of which we can see in the new story trailer above. Of course, veterans are likely more concerned with what the end-game experience will be like — something that Ubisoft has said will feel more organic and robust — and that’s what the next trailer attempts to address.

Dark Zones with an “s”

In a surprising move for Ubisoft, they’ve actually segregated the Dark Zone and made it cumulatively smaller than the first game. The Division 2 will contain East, South, and West zones, each of them a free-for-all stomping ground for different playstyles.

It’s pretty obvious that they’re forcing the idea of maps onto the Dark Zone concept, a move that will hopefully keep PVP experiences fresh. Ubisoft has also halved the Dark Zone player count from 24 to 12. The two changes combined are intended to increase player density in each of these zones, and will see server events that distribute players across the map.

Other changes include a little something called Occupied Dark Zones. It’s a dynamic, server-wide event that completely changes Dark Zones into a no-holds barred battlefield, where player normalization is disabled, Rogue identifiers are removed, and friendly fire is on. Supposedly, these events tout “some of the greatest risk/reward opportunities in The Division 2,” and are likely the end-game experience crafted for hardcore players.

There’s a whole post about the Dark Zone on the official blog, and we recommend you spend a moment going through it.

If you’re looking forward to The Division 2 then there’s a chance to get some hands-on time before the activation call rolls around.

There’s a private beta running from 7 to 11 Feb, open to everyone who pre-ordered the game. A more sensible alternative would be to sign up for a chance to get in, with invites based on available space. The beta will be on PC, PlayStation 4, and Xbox One, although Ubisoft hasn’t released exact timings or pre-load dates just yet. In fact, they haven’t even shared what exactly players will be able to do in this beta; if it’s anything like the previous game’s beta, it’ll just be the first few opening missions with some cosmetic rewards to carry over. 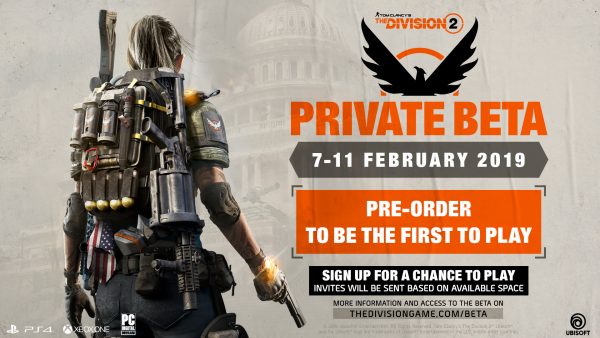 The Division 2 launches on all three platforms on 19 March. PC users, you might want to note that Ubisoft are releasing the game on the Epic Games Store instead of Steam — looks like digital Washington D.C. isn’t the only battle space.

Ade thinks there's nothing quite like a good game and a snug headcrab. He grew up with HIDEO KOJIMA's Metal Gear Solid, lives for RPGs, and is waiting for light guns to make their comeback.
Previous post Deal Alert: Nintendo Switch, NES Classic Edition and so much more
Next post Days Gone Collector’s Edition goes for over $200, pre-orders now open