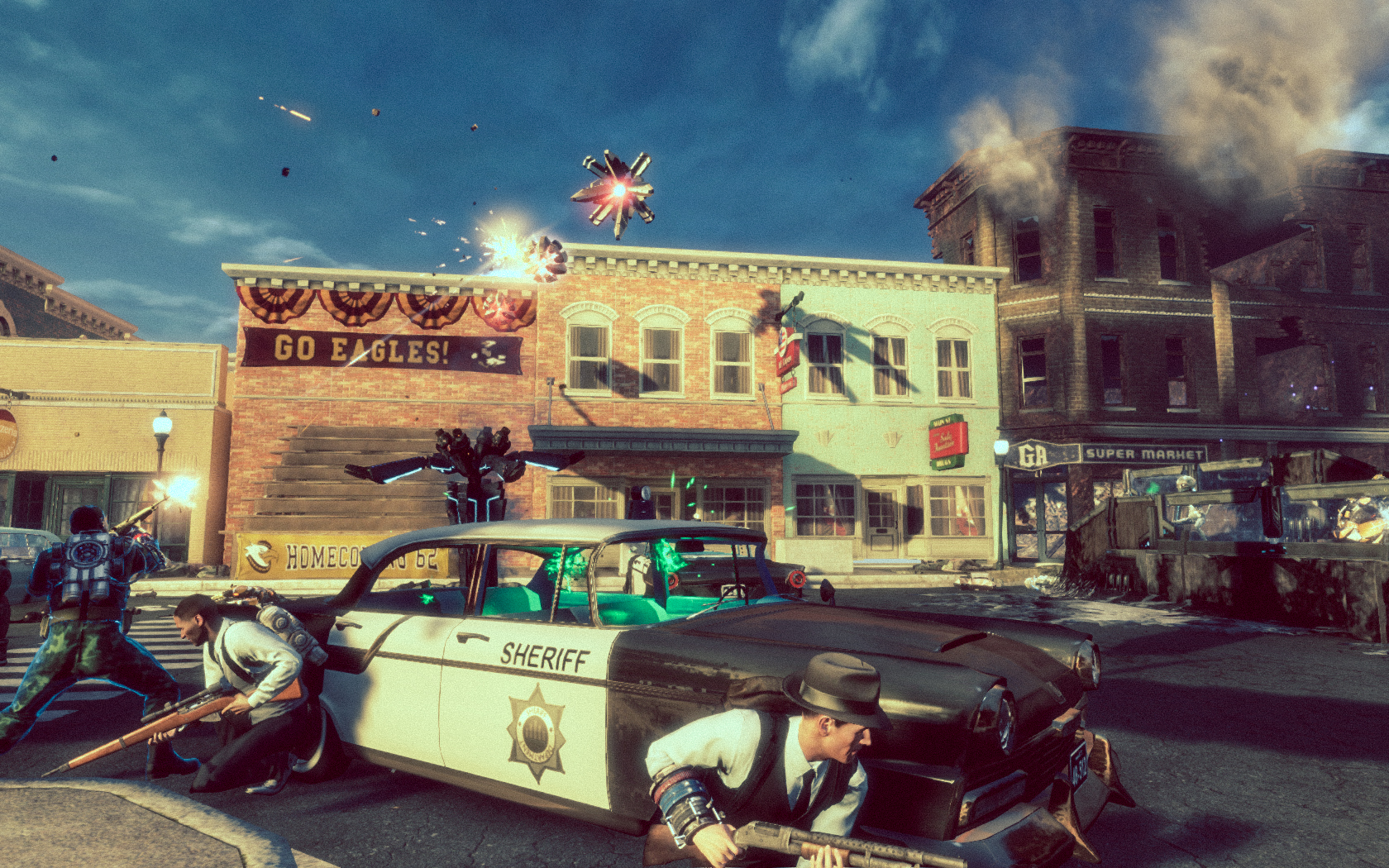 The Bureau: XCOM Declassified takes a look back at the origins of XCOM back in 1962. The game will put players as special agent William Carter facing events, much like XCOM: Enemy Unknown, that will put players’ tactical skills to the test, and will end the life of a squad mate in one wrong move, permanently.

Last heard as “XCOM” before a slew of delays, The Bureau has dropped its first-person shooting ways for third-person tactical shooting.

The game is bound for an August 23rd release in Asia for Xbox 360, PlayStation 3 and Windows PC.

Call the shots, pull the trigger, and erase the truth in the origin story of XCOM

Singapore – April 26, 2013 – 2K and 2K Marin, makers of BioShock® 2, announced today that The Bureau: XCOM Declassified will be released on August 20, 2013 in North America and August 23, 2013 internationally on the Xbox 360® video game and entertainment system from Microsoft, PlayStation®3 computer entertainment system and Windows PC. XCOM: Enemy Unknown, developed by Firaxis Games, dazzled turn-based strategy fans and rebooted the classic franchise. Now The Bureau will deliver a new experience within the XCOM universe.

Set in 1962 at the height of the Cold War, The Bureau tells the origin story of the clandestine XCOM organization’s first encounter with a mysterious and devastating enemy. Originally established as America’s covert defense against the Soviet Union, The Bureau must adapt and overcome a threat unlike anything the world has faced before. As special agent William Carter, players will call the shots and pull the trigger, leading their squad of agents in the high-stakes secret war for humanity’s survival. Paramount to repelling the outside threat is The Bureau’s ability to cover-up the enemy’s existence in order to prevent worldwide panic.

“We’re thrilled about 2K Marin’s refined vision for The Bureau: XCOM Declassified,” said Christoph Hartmann, president of 2K. “The game has evolved through a creative and iterative development process, and the result is a narrative-driven experience that is smart, engaging, and challenges players to think tactically.”

In the spirit of the XCOM franchise, The Bureau’s calculated combat design requires players to think and act tactically. The game’s third-person perspective gives the player a sense of spatial awareness and grants them the freedom to transition in and out Carter’s unique Battle Focus ability seamlessly – heightening the tactical shooter action. The Bureau also fully embraces the concept of permanent consequence. As our last line of defense, every command can mean the difference between life and death for Carter, his squad and mankind.

“The team has been working hard to leverage core XCOM elements like tactical decision-making and permanent death of squad mates in a purposeful way that makes this a unique tactical shooter,” concluded Gray. “To that end, The Bureau will challenge players unlike any other third-person tactical shooter.”

The Bureau: XCOM Declassified is not yet rated by the MDA. For more information, please visit Facebook, or the official web site: http://erasethetruth.com.

Previous post Review: Injustice: Gods Among Us (X360)
Next post Cherry Credits And RGB Have Avatar Star CBT Keys To Give Away!